It's All Gone To F**k by Stanley Odd 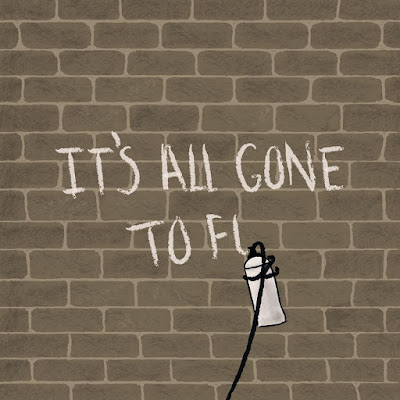 The State's inspiring hate
Something I conspire to break

What a crazy week! I was waiting to see if a band would come out with a political song and I've been rewarded with It's All Gone To F**k by Stanley Odd.

The song was written and recorded a few months ago, debuted live at the Stag and Dagger Festival in May. Released today, a week after the UK voted to leave the European Union, it perfectly captures the feeling by many across the country, especially in Scotland.

This isn't the first time Stanley Odd have commented on the state of the country or the world. In fact it's pretty much what they do, although things went viral in 2014 with the release of the beautifully poignant and soulful Son I Voted Yes. Listening to it now sends shivers down my spine. 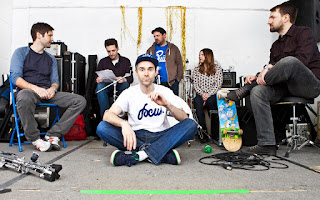 In somewhat typical Scottish fashion, the hip hop outfit from Edinburgh (via Airdrie and Largs) get straight to the point with the  title and Veronika Electronika (great name) led chorus that starts off with gentle guitars before a pulsating electro synth bass comes in.

Solareye (Dave Hook) leads the listener on a merry dance and he skips through the verses with speed, wit, force and intelligence.

The third chorus (after the second verse) picks up speed, the bass and beats kick in along with energetic electric guitars and Solareye joining in with Veronika. It's playful and it sure as hell makes a statement.

A stunning film with drawing and animation by Kirsty Marquis accompanies the song and the film cleverly makes it own comment on the world, tying in superbly with Stanley Odd.

I look forward to catching Stanley Odd live in the near future. Odd??? Not really - honest, intelligent, funny, soulful and speaking from the heart - yeah. Maybe it is everyone else that is odd :-)

Check the amazing video here and the lyrics below. It's All Gone To Fuck is out now on iTunes, Amazon and Spotify. Keep an eye on the bands Facebook page for live dates.


A rusty nail on a stick tae beat yi wi the irony
Forget the rivalry I took some time tae hibernate
Look lively mate. I’m trying tae be alive again
Hi – I’m Dave. I’m the hardest guy in the library
Don’t lie to me. Any questions fire away
I’m higher than a guy in a spire of skyward ivory
Highrise wi me. Fly away while sirens rage
My touch is Midas-y with Golden Age variety
Drying ma eyes matey wi Mike Skinner’s Original Piracy
While piloting this hovercraft silently through cyberspace
Is that Matrix reference? Is this in the test professor?
I’m having a get together, all aboard the Nebuchadnezzar
Nae pressure, through the iris of a violent age
Any cunt fancy playing eye spy wi me?
Revolutions coming, no time for lies and games
The State’s inspiring hate, something I conspire tae break

I tried in vein the day tae keep ma eyes on the prize again
But ma resolve dies when Beyonce shakes her thighs at me
I’ll write the slogans if you and yir mate buy the paint
Never plan tae buy cocaine but I’m easily swayed like Simon Says
I’ve got a sweet tooth but no saccharine in my refrain
Couldnae gie a flying fuck who Alan Sugar fired the day
Even if I utter a stutter I’d still defy an amaze
Here by the way it’d be nice nob’dy had tae die diddy died the day
I watched Inner Space and invented a giant ray
Miniaturised ma mate and then fried him in the microwave
Full ae cider I drew on a tigers face
Then went out tae paint the town violet when the giro came
What lies in wait? For live debate I tried to enlighten some right-wing apes
Took ma time to state the case for peace, immigration and climate change
But they were more intae inciting hate
With Solareye restrained and crucified on a Formica stage
Posted by everythingflows at 08:09