It's Oh So Quiet

Cover version of the month #50 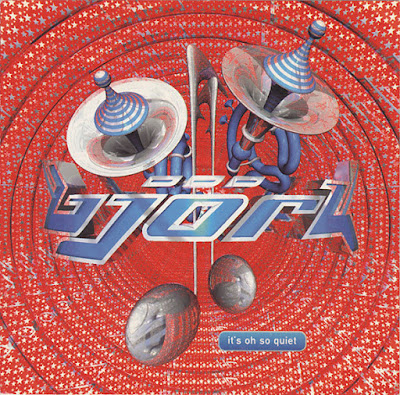 There have been a number of occasions where I have been surprised to find a song was a cover version rather than an original. I've never been shocked though...until now.

Bjork's outstanding 1995 single It's Oh So Quiet is a cover version! The song was originally released by American singer Betty Hutton away back in 1951 ... as a b-side!

And even then ... that was a cover of a German song Und jetzt ist es still performed by Horst Winter in 1948, with music written by Austrian composer Hans Lang and German lyrics by Erich Meder.

So there you go! 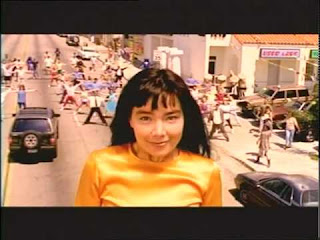 Back in 1995 the song was everywhere, helped by a sensational video by Spike Jonze that perfectly captured Bjork's sparky energy in tandem with the song.

Which is why I can't believe it is a cover! I read the NME and Melody Maker on a religious basis every week. How did I miss the fact this was a cover version? Is it because no-one thought to check anywhere in the world? Everyone just assumed it was Bjork because it seemed so perfectly Bjork?

It's Oh So Quiet is perfect for Bjork as you can hear and see from the aforementioned promo film below. Everything is in slow motion as the song begins with Bjork hushing her audience beautifully, then, with a delightful spin, Bjork springs to life with a stunning verse/chorus about the joy of falling in love ending with the brilliant;


You've never been so nuts about a guy
You wanna laugh, you wanna cry
You cross your heart and hope to die

Bjork jives, taps and dances through another verse and chorus, the song then goes as quiet as possible, there is the gentlest of melodies and Bjork's voice is almost inaudible, beautifully so. I love this section of the song and the video. Bjork looks so lost in it, so beautiful.

Then things go increasingly crazy as Bjork dances, runs up walls and plays with umbrellas, there is another quiet verse and then Jonze's video goes full on musical as a mailbox comes to life and there is a dance routine on the street with everyone joining in before Bjork floats skywards.


It's Oh So Quiet is a beautiful song, Bjork performs it so magnificently that until two days ago I thought it was her own. I missed her recent performance at the Hydro but was in the mood to listen to her older material and wanted to check when this song was releases, upon googling I found it was a cover!

As for the original. Well, Bjork stays pretty true to it. Even though it was released away back in 1951. As a b-side! Betty Hutton maybe doesn't slow and quieten things down quite as much as Bjork, but she totally romps the louder sections. Hutton's version introduces backing vocals, the section where she begins you ring the bells is like a bolt of lightning and when she squeals this is it, I get a shiver down my spine.

But Bjork's version top trumps the original for me. Simply stunning.