The Darkest Part Of The Night 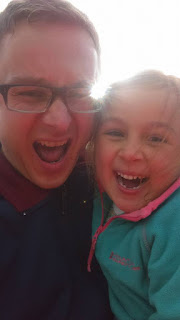 My daughter Zoe seems to have inherited my love of a good pop song with a memorable chorus that you can sing on first listen.  We have 3 CD's of mixes for the car featuring artists as diverse as Little Mix, Taylor Swift, Carly Rae Jepsen, Kim Wilde, Kylie, Madonna, the dreaded All About The Bass by Meaghan Trainer (Zoe's first pop song), Whitney Houston..... great fun pop songs that we enjoy listening to, dancing to (not in the car!) and singing a-long with.

I have to admit to trying to get her into a few of my favourite bands and this hasn't really worked. Zoe definitely has her own taste! Although last year The Charlatans Come Home Baby with its huge and uplifting chorus quickly became 'our song'.

Whitney Houston's 80's classic I Wanna Dance With Somebody came on Radio 2 on the way to Zoe's nursery earlier on this year. She immediately picked up on it and asked me to turn it up and I was thrilled to oblige - it is pure pop gold. The song led to Zoe becoming aware of other Whitney classics like How Will I Know?

We had Taylor Swift's 1989 album on heavy rotation in our car for ages. It was the first album that Zoe ever bought and for that it will always remain an album dear to our hearts. Memories of driving along singing to Shake It Off and Style will always bring a smile to my face. And Carly Rae Jepsen has two bona fide pop classics in Call Me Maybe and I Really Like You.

And then, earlier this month I burned the new Teenage Fanclub album on to a CD so I could listen to it in the car - we have an old car!

On the 4th song in Zoe asked me to turn it up. She then called from the back to say she had heard the song before - the album was only just out - she hadn't.

In the same way that Zoe instantly fell for the chorus of Call Me Maybe or pop genius of Little Mix's Black Magic, she fell for the flow and hooks of Teenage Fanclub's The Darkest Part Of The Night! The song felt familiar.


I never got to finish the album on that car journey; as soon as the song was finished I had to play it again....and again.

A month after the release of the album and it remains a firm favourite in our car and house. Yesterday Zoe's friend Orla came round to play and they were dancing to Little Mix and then Zoe asked if I could put on Darkest Part Of The Night! I duly obliged, although I'm not sure what Orla made of it! Little Mix had to go back on afterwards.

And then today we drove into Glasgow to pick up a present for my brothers birthday on Sunday and  Zoe asked for Teenage Fanclub. We must have listened to The Darkest Part Of The Night a dozen times, both singing a-long and playing air guitar. A memory I will cherish. On around the tenth listen Zoe was even singing a-long to Raymond's guitar solo - a great moment!

Thankfully I'm In Love and Thin Air are also getting some play. The rest of the album and back catalogue will come!

The Darkest Part Of The Night is quite a deep song for a 5-year old to get into and be singing a-long to in full voice. Yet the simplicity with which it is delivered - melody, flow and the lift of the chorus - make it brilliant guitar pop. Something the Fanclub have a real knack for.

Fingers crossed for a Fanclub festival appearance in 2017 that I can take Zoe to. She has already seen Edwin Collins live and her first ever gig was Duglas T Stewart singing with Stevie Jackson's Disco Sharks! Oh and she loves her Aunt Carla's songs with TeenCanteen and Ette and has designed the 7-inch of TC's You're Still Mine, featured in their video for How We Met (Cherry Pie) and has an engineer credit on the album! And is also the cover star of the Ette album! 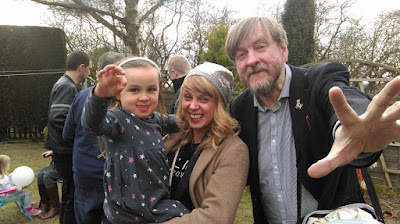