As the atmospheric swirl of instrumental opener Wide Awake floats around my headphones and leads into the pounding soulful rock of Steal Your Heart. I think back to the first time I caught Vigo Thieves live. It was a Thursday night upstairs in the glamorous setting of The Commercial Hotel in Wishaw.

They were a little drunk, everyone in the venue was a little drunk - hey, it was a Thursday night upstairs in The Commercial. You wouldn't want to be sober! Only trouble is, I was! I'd driven over to catch a band my friend Helen had been raving about and she said that they were amazing live.

Singer Stevie Jukes ended up topless. Gordon on bass, the life and soul of the band may have joined him. They went for it. With songs like Blood Red, Won't You Be Mine and Steal Your Heart, they had something. I became a fan and in time we became friends.

Steal Your Heart had a little bit of Springsteen about it, I loved (and love) the circular guitar riff and the pleading and soulful vocals.

Stevie's lyrics have always mixed reflection with love, hope, dreams and ambition. At times it is almost like he is offering advice to himself. It's the kind of advice that turned some of his songs into anthems for some; leading to euphoric shows at packed out tents at T in the Park and sold out shows at King Tuts, The Arches and the ABC. I shared many of the bands highs and was also around for a few lows, it was a rollercoaster ride - being in a band is.

So yeah, anthems. Heartbeats was a game changer. The first time Stevie sent it through I was amazed.  Stevie's songwriting was developing big time and he had the attitude and work ethic to go with it. I remember being impressed when a CD of the Heart and Soul (Pt I) EP was popped through my door with a ticket for the launch night at Sleazys. So impressed that I ended up co-managing the band with Stevie for a while - it was quite a journey.

Always one for an idea and definitely someone with a vision, Stevie, Gordon, Barry, Gorman and Alan handed out glowsticks to the audience at Sleazys, turning a dark and sweaty basement on Sauchiehall Street into something brighter, more positive and show like. This was no basement gig, this was a band wanting to be bigger and better.

Heartbeats has such a simple piano riff throughout, the beat is....well like a fast heartbeat, Stevie's vocals soar skywards. It is amazing what an anthem this became, the video was widely shared, T in the Park used it for a promo video and fans fell for it big time.


The original version of Heartbeats

Listening back now I do find it amazing that a record company didn't pick up on Vigo Thieves. I mean listen to Believe. It is HUGE. Jam packed with soul, emotion, hooks and when the beat kicks in it has that sense of freedom in a song that allows you to go crazy.


Do you believe in the fire in your soul?

Blinding Lights into Forever - INCREDIBLE! Forever is probably my favourite Vigo Thieves song. This new version on the album is sensational. What I love is the way the band build towards the chorus and it's as if the song and chorus are going to kick in, but the beat drops out and the chorus just kind of floats and soars. I love it, I think it is beautiful and clever.


So yeah, the big songs keep coming. This Love is drives forward at pace, another catchy piano/keys riff leads into big beats and Stevie singing his heart out and asking urgently; 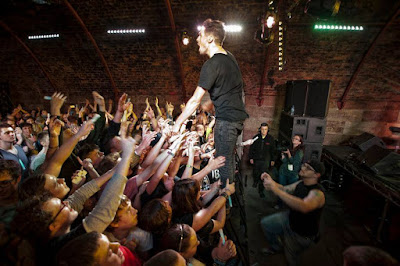 Stevie at a sold out Arches

I remember coming back from a trip to London with Stevie on the train one time. He wrote down a list of songs he was working on and talked me through them. Gold was a song he was excited about - although I think he only had the title! Everything else was in his head, being worked on.

Razorblade is polished pop rock, it sounds perfect for the radio, for a drive with your mates in the sunshine, windows down. There is a beautiful slowed down piano version of this somewhere...

Sound of Summer was a very early Vigo's tune I loved but the band ditched. They were moving on, Stevie was writing songs like Heartbeats, Believe and Forever. I'm glad they revisited it. The pop kid in me loves the chorus and in another dimension (or a country like America) this would be a radio hit. The shimmering guitar riff is a beauty as well. 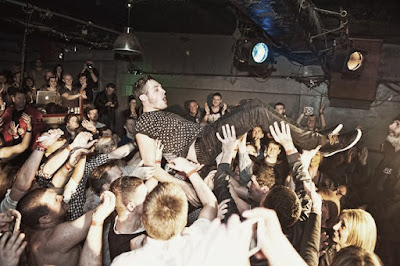 Songs That We Sing starts with a brilliant sounding electric guitar, it sounds deliciously raw and builds to pounding drums. Another big tune, stadium sized.

Ghosts flows, surges and soars from the off. This was a big live favourite; the crowd sang the lyrics and also the riff and when Chris Cruickshanks saxophone kicks in it just adds to the Springsteen vibe. Then there is a stabbing synth and it all kicks off again. 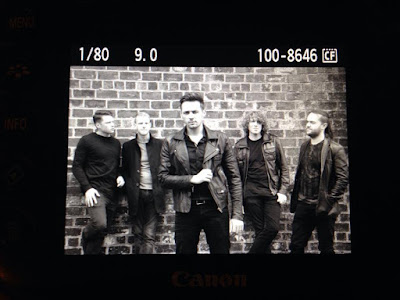 Steal Your Heart (Pt II) was my favourite Vigo song for quite some time. Largely because it was so different from everything else. Slow, Stevie pouring his heart out, it really gets me. One time I was down in London with the band, having fun, playing shows and dreaming of a record contract. We all vowed to get tattoo's of lyrics from a song if it happened. Mine would have been the second line from;

I remember listening to this on headphones on the train and just falling in love with those lyrics. Look at them written down - pretty poetic! Someone really down, hurt and scarred and being offered that advice to keep going. Again, it was probably Stevie offering advice to himself.

The song builds and there are glorious angelic like backing vocals leading back into the chorus from Steal Your Heart (Pt I).

Look out for the hidden track.

So there you go; Heartbeats (the album) by Vigo Thieves. It misses Love Is Dead, She's On Fire and Blood Red and it should probably have been released 2 or 3 years ago but better late than never. :-)

What Heartbeats does do is provide a lasting document of a band that shot for the stars, a band that dared to dream big, a band that wanted their songs played and sung in stadiums.

What disappoints me as a music fan is the hundreds of thousands of pounds wasted by major label record companies on bands (in Scotland alone over the last few years) with not a fraction of the songs that Stevie and co had/have. Nor did any of the bands have the star quality or frontman charisma of Stevie. The Vigo Thieves were (and are) a band of brothers, a real band of friends, not put together by an advert or by a company.

Listen to songs like Steal Your Heart, Heartbeats, Believe, This Love and Forever. Close your eyes and dream.

Keep an eye out on Saint PHNX - Stevie and Al's new band. Who knows what will happen with the Vigo's. 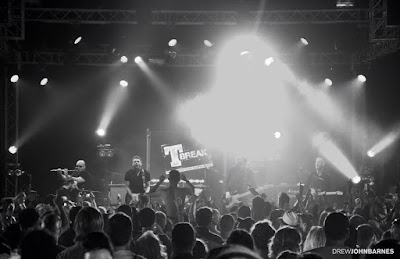 All new Saint PHNX stuff sounds great. So what will happen with the Vigo's?