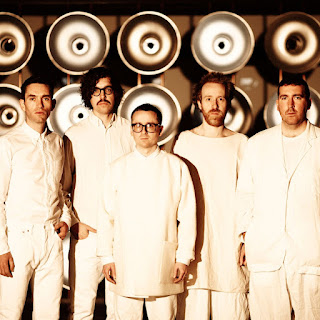 I first stumbled across Hot Chip at the Benicassim Festival in 2005. My girlfriend (now wife) and I camped out for a week in the sun, spending days on the beach in the cool breeze by the sea, then partying long into the night. Taking in the likes of Oasis, Mylo, Underworld, The Lemonheads, Nick Cave, Basement Jaxx, The Cure and LCD Soundsystem. I think LCD Soundsystem came on stage at 2am! Hot Chip might have been in a tent after that!

Despite the excess of Benicassim I managed to remember their name and track them down. They had released their debut album Coming On Strong on the excellent Moshi Moshi label in 2004 and I didn't have to wait long for their follow up, the exceptional The Warning.

Singles Over and Over, A Boy From School and Colours were incredible. I bought the singles on vinyl and played A Boy From School at a night my sister put on at Edinburgh School of Art and a number of people came up to ask who it was - always a good sign!

I went to see them at King Tuts around this time and they blew me away. Visually captivating, Hot Chip are co-fronted by the diminutive Alexis Taylor in huge glasses and Joe Goddard. Both are incredibly playful with lyrics and melodies, Taylor with a high voice, Goddard with the low, both beautifully melancholic. Joined by Al Doyle, Felix Martin and Owen Clarke, the 5 bopped, danced and smiled behind synths, guitars and bass and looked like they were having the time of their lives on the King Tuts stage and this easily transferred to the audience.

Hot Chip continued to release an album every 2-years, all with excellent singles (and videos) to promote them; Made In The Dark (2008), One Life Stand (2010), In Our Heads (2012) and then a little longer in between to Why Make Sense (2015) and A Bath Full Of Ecstasy (2019), with solo albums and side projects in between, also notably Al and Felix playing and recording with great friends LCD Soundsystem.

I love how the band all have different personalities and styles that somehow just gel when they come together. And their genuine love of music pours out of everything they do. They have an incredible ability to mix melancholy with euphoria.

Hot Chip are kind of the perfect size and set up for a band. Big enough to tour all over, cool enough & respected enough to be in with the likes of DFA and Optimo, solid enough to allow side projects and playing with other bands and known enough to pull good crowds at festivals.

Here are 10 of my favourite songs by Hot Chip.

Working my way back through Hot Chip's considerable back catalogue over the last month or so has been a real pleasure. They are fun, playful and unique. You can tell they love music and are great friends.

I'm conscious that there are 4 songs from The Warning, but the 3 singles + No Fit State are without question among my top 10 favourites. That was the album where I really discovered and fell for the band. I also have 3 songs from the One Life Stand album! Unintentional, but on reflection they are my favourite albums.

Bubbling under are Baby Said, How Do You Do and the outstanding Hungry Child - which is really unfortunate not to make my 10. Special mention for their cover version of Springsteen's Dancing In The Dark which morphs slightly into All My Friends by LCD Soundsystem. I try to avoid including covers in my 10 from ... series. I've blogged on this before and you can check that HERE.

1. A Boy From School 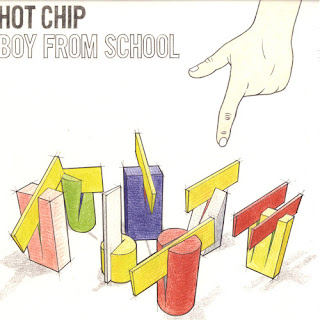 Exceptionally cool synths, beats, melodies and lyrics. I played the 7-inch of this at Edinburgh Art School when I DJ'd a night my sister put on while studying and people were blown away. Fresh and vital sounding. Effortlessly cool. The bit where Joe comes in gets me every time.

I got, I got lost

You said this was the way back

Tucked away in the middle of 2010's One Life Stand album is this warm melodic gem of a song. Flowing effortlessly, sung with care, I fell for it on first listen and it's charms continue to warm my heart every single time I listen. Alexis and Joe's voices dovetail and sound particularly dreamy on this song.

From  the bands 2004 debut album Coming On Strong, You Ride, We Ride, In My Ride is a stunning early example of hot Chip weaving vocal melodies with electronic layers and beats. After discovering the band and downloading this album I just thought there is nothing else like this out there. Certainly nothing I had heard. One of Hot Chip's many strengths - beautifully different, soulful, playful and with nods to influences but 100% their own band. Just after 2-minutes this song goes off on a tangent, beats, synths, melodies ... brilliant. 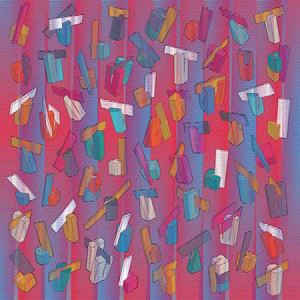 Simply sublime and the only song I have heard to mention stickle bricks! Synths bubble and Alexis croons softly and beautifully. At 50-seconds the disjointed beats are cut and it's just Taylor and synths before the real beats kick in and the song takes off. As we approach 2.5 minutes Alexis sings beautifully as his band mates continue to sing  Colours and colours and colours of colours. There are some cool mixes to check out with the Fred Falke one being my favourite.

I only wanted for to see

There's nothing in this heart but me

Everything you want is not free

I'm everything a girl could need

There's nothing in this heart but me

If everything you want is free 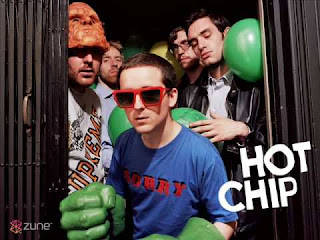 Hot Chip at their best laid back, laid back, laid back we'll give you play back sings Alexis Taylor over beats and playful synths. The chorus kicks in at 1-minute 20, mixing dirty synth sounds with Taylor's pure vocals. The video highlights the bands playful and energetic nature as they play in a green room, complete with helpers in green suits ensuring the band do all the right things. Taylor in over-sized red shades and hoodie is hyperactive in all the right ways. The instrumental section is  glorious and then Goddard's vocals come in at just the right time.

I started thinking what you wanted him to do

I got to thinking that I knew just what to do

The penultimate track of The Warning, No Fit State teases and eases in with Joe Goddard on super cool laid back vocals. Alexis Taylor takes the bridge, repeated a few times to lead to the chorus/mantra which is joined by euphoric synths

Then Alexis comes in over the top and it is utterly divine.

To fall in love with you

To make a record of my life

To lose any more than I need

To watch my fingers bleed

To bust my body up

To drink out of your cup

To act a fool inlove

From 2010's brilliantly titled One Life Stand album, Brothers is as soulful an electronic song as you might ever hear. Goddard takes lead for the first verse and chorus, joined by Taylor for the second verse, their voices beautifully entwined. I just find this song utterly beautiful, it cuts me deep. Taylor takes lead on the third verse as the beats kick in further, the synths are more playful. Joyful and soulful.

Brothers, I would give my life for my brothers

When we're driving and it's late with my brother, sat next to me 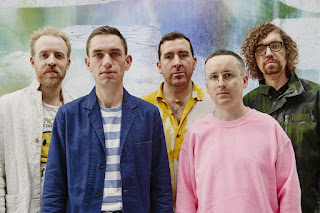 Humour and romance, total Hot Chip! The play on words for the title and chorus is genius, the Chic style guitar, bass-y synths leading to the chorus with Joe Goddard singing the beautiful keep on feeling backing vocals as Alexis pleads I only wanna be your one life stand, tell me stand by your man?

Utter brilliance from Hot Chip. A single and the opening song on their 2019 album A Bath Full Of Ecstasy, Melody Of Love finds the band mixing melancholy reflection with just the right dash of euphoria, complete with a sample of a gospel sermon. It's like Hot Chip have grown up, like we all have!

When I was standing next to you, I overheard the saddest news

What was just there was out of view, running out of love

I always seem to hesitate, too little always comes to late

There is a sound that resonates, melody of love

Nominated for a Grammy, Ready For The Floor is insanely catchy from the off, the repetitive do it ... now, say it ... now opening is classic playful Hot Chip. The verses lead to a chorus where Goddard plays off Taylor who ends up singing  the refrain you're my number one guy. The song was allegedly written for Kylie, a rumour sadly scotched by Taylor who confirmed they would love to wrote for her, but this song wasn't created with her in mind.

I love the performance from Glastonbury in 2008 (below) which highlights Hot Chip's infectious charm and their offbeat nerdy cool that wins hearts all over.

Live on Later with Jools 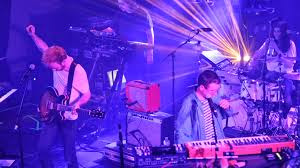