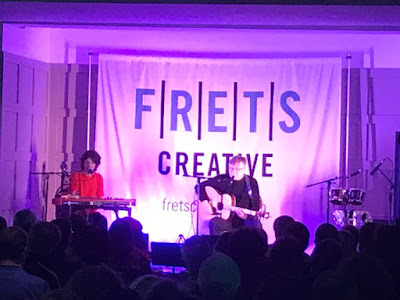 Douglas McIntyre from Creeping Bent Records is involved with FRETS Creative in Strathaven. The creative hub have started organising regular shows at the Strathaven Hotel. Towards the end of 2019, both James Grant and Lloyd Cole played shows. Last night was the turn of Teenage Fanclub's Norman Blake and Euros Childs .

Strathaven is a lovely little town in Lanarkshire. It's not the easiest to get to, certainly not by public transport and especially not in crazy wet and wild weather, but that didn't prevent Fanclub Fanclub members traveling up from London and down from Cromarty.

We were only traveling from Uddingston, a 25-minute drive away, but the back road from Hamilton to Strathaven was pretty scary in the wet and wild weather. We were glad to get in and grab some drinks from the bar in time to catch most of KiDD's set.

KiDD , on this occasion, were Stuart Kidd and Alan Clark on their acoustic guitars with a dash of 'mouthie'. I absolutely loved what I heard; beautiful melodies and harmonies and their guitars gelled well together. Kidd's new songs have a lovely sense of maturity and happiness to them - telling tales of setting up a home with his wife and child. I look forward to hearing them on record. They worked beautifully with just the guitars and I wonder if this is the route when he comes to recording, if he hasn't already.

After a short break Norman and Euros waltzed into the room like the bride and groom taking to the top table, quite fitting as the venue is usually booked for weddings - my cousin Katy got married there.

The duo opened with an acapella version of Sky Men by Joe Meek and it was really beautiful. Their voices sounded so beautiful together and their was a bit of a celtic feel to their take on it. There have long been rumours of Jonny (Norman and Euros side project) having an album of Joe Meek cover versions ready to go, was this a hint that they might finally release it?

We didn't have time to find out as what followed was a moment of slapstick comedy as Norman spilled a bottle of water and was worried about electrocuting himself. The water was cleared up and Stuart Kidd took to the stage to play some light percussion as he does on the Jonny album. 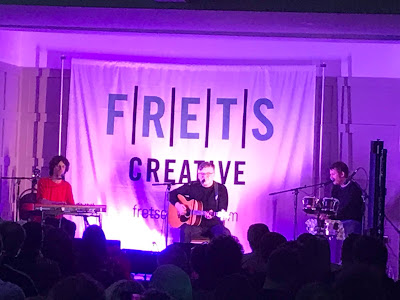 You can find the full setlist below. It was really good to hear most of the Jonny album live again. You Was Me flowed brillianty, Bread was brilliant, so clever, so melodic and so funny. Norman's I Don't Want Control Of You is even more stunning when it is stripped back and the shouts for Euros' Spanish Dance Troupe were granted and the song was very warmly received.

Whilst Norman was tuning Euros took up the tale of the two of them once owning an antiques shop, this yarn led to Norman auctioning off a vinegar bottle! The between song banter was hilarious and very good natured.

I'll Make Her My Best Friend was another of my favourites from the Jonny album, short, sweet and upbeat, while Circling The Sun was just sublime.

Never Alone is my favourite song on the Jonny album, there is so much imagery and emotion in the song, it's truly beautiful. And Norman's stripped back take on his Fanclub song I'm In Love was glorious. I hope it is recorded in that style at some point.

My sister had been hoping that Euros would play a song of his called Spin That Girl Around and was delighted he did. I hadn't heard it before. It's a cracker, really stunning, beautifully melodic.

Norman, Euros and Stuart then ended with a cracking cover of The Kids Are Alright by The Who that I hadn't heard in ages. I found myself blasting it out this morning.

A brilliant night. The Bluebells are playing an acoustic set at the next FRETS night in March and the April headline act will be announced on Monday. Sign up for their e-newsletter to get details first. 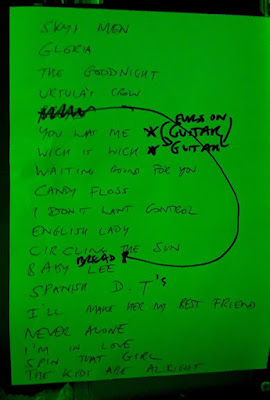 Great review, sounds like a fab evening....hope to check out a gig there soon