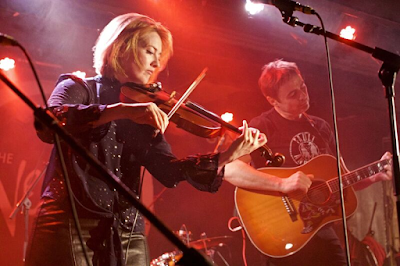 Photo by Jim Byrne
Warren and Heather from the Starry Skies

In October and November of 2019 I was very taken by a crowdfunding campaign by singer-songwriter Warren McIntyre to raise funds towards the recording of his next album with his band, the Starry Skies.

I scrolled through the ways that you could get involved, ranging from a simple £10 donation in return for a digital copy of the album, through to a guitar being raffled, signed vinyl, credits on the record sleeve etc.

What caught my eye, was a house gig.

I've been fortunate to attend a few house/flat shows and I've always loved the friendly atmosphere they create. It was £250 to book Warren and one or two of his band for a stripped back show. But then I thought - I'd like to do more.

I chose upstairs in The Doublet Bar, Park Road, Glasgow. It's a good traditional pub and very music friendly. 45 tickets went on sale at 1pm on Wednesday 15th January and by Thursday 16th January they had sold out! So that is £450 towards helping an artist create music and art.

Read on for a very honest interview with Warren that takes in; him annoying his parents after discovering pop music, his first band at the age of 12, bands he has played in, what it means to be supported in his art and a little bit of what to expect if you are lucky enough to have a ticket.


EF - Can you remember when you first became interested in music? Was it a certain song or band?

Like many people, I first became interested in music through the music my Mum and Dad were listening to and remember they were big Beatles and Elvis fans. The first song I remember being obsessed with though was the very unfashionable Drift Away by the Doobie Brothers when I was about 8 years old.

We were on a family holiday at a caravan site in Tighnabriaich with lots of other friends of the family and I was playing the song over and over again and singing along with this wee cassette microphone. When I say over and over, I mean like for hours at a time and eventually the tape was 'lost' as no-one could take it anymore. It was only years later in reflection I realised it may not have been lost at after all!

Then when I was twelve I got hooked on punk rock and joined a band called the Revs playing drums on songs by the Clash, the Fall, Sex Pistols and the Cure. Then after a year or two as a drummer, I retired and listened mostly to the Velvet Underground and Iggy Pop and the Stooges albums on repeat.

EF - When did you first pick up a guitar? How quickly did you get to grips with it?

A few years later my Dad's friend came to visit one day with his son Peter who had just been for his guitar lesson and had his guitar with him. He played me House of the Rising Sun, Wild Thing and some Spanish guitar stuff and I straight away wanted to be in a band. I managed to get a guitar nearly straight away, using my birthday and Christmas money and started trying to play. I point blank refused to get lessons as my Dad suggested and wish I had now as it took me years to get anywhere near competent and I still can't really understand timing or scales or any musical theory very well. And when I say very well, I mean at all!

It often amuses or annoys people in equal measure how easily I can screw up counting to four. This is mostly the reason I always make sure that I play with people who are much more musically able than I am and  top of their game. 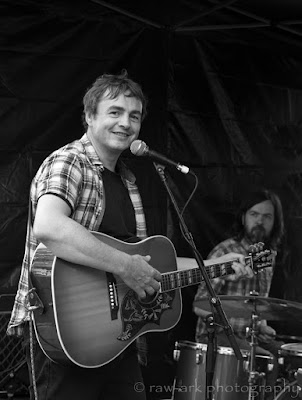 EF - When did you first record one of your own songs? What are your memories? And do you have a standout studio moment from your years playing and recording?

The first time I recorded was with the Revs when I was 13 and we recorded Killing An Arab by The Cure, Bingo Masters Breakout by The Fall and English Civil War by The Clash. We were three-piece and neither Steven or Brian, who were the singers, wanted to sing The Clash song, so I ended up singing it and it turned out I was a better singer than drummer. This is not to say I was a very good singer but I was god awful at the drums and keep meaning to get it put in digital form so that I can let drummer friends hear it to give them a laugh.

Standout moment recording was probably recording at Toerag studios with Liam Watson because it was all done live on to 8-track and you left the studio after 3-days with the finished record.

This said, I have enjoyed making every record and always worked with great producers such as Johnny Smillie who is very much the man in demand these days, and more recently with Matt Harvey who is amazing at string arrangements among many other things.

EF - What bands have you played in through the years?

I have played in loads of different bands over the years and perhaps it's not always been the smartest move, but whenever the line-up changed, I have tended to fold the band and start afresh under a new names. So to date; I have played drums in the Revs and sung in Atomic Clocks, Exhibit A, Sunclocks, Moondials, Hippy Toys, Whiteout, Ducks and now Starry Skies.

Been a bit silly in some ways as always starting afresh means you lose any momentum the name has established. I've made the decision though to stick with Starry Skies from now on, come what may. 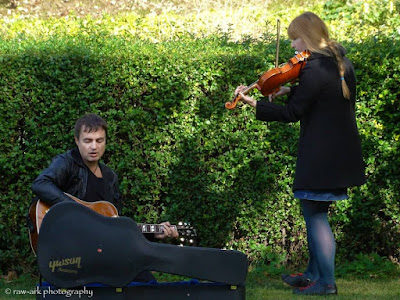 EF - You're crowdfunding the costs to record a new album. This is becoming 'the norm'. What are the pro's for you as an artist?

Yes, lots of fans and friends of the band have been really generous and basically paid for the record upfront with a number adding extra to come into the studio to add handclaps to a track or buy a house concert. It has been very kind of them and we really appreciate it. This support means that we can make the album quicker than we would have been able to do if just saving up for recording and pressing costs.

EF - What's the response been like and what are your plans for the album?

We have been blown away by the positive response and there are so many brilliantly supportive and lovely people out there and we feel very privileged to know so many of them. Money can be tight these days and not everyone is in a position to help through crowdfunding but have supported us in other ways. Encouragement and support can come in many forms and it's something I'll always appreciate.

EF - One of the options in the crowdfunder was to book you to play a home show. Instead, I asked if I could book a pub and put you on. What can people expect from your intimate afternoon show at The Doublet?

Well, that is a good question and we were really chuffed that you came up with this idea so have been working hard to make sure it is a great show for everyone coming. The fact that it sold out in 24-hours was a surprise, so we have to make sure it is as good as we have ever played.

We'll be playing through songs from the first and second Starry Skies albums along with a selection that will be on the next album. So basically we will be playing songs from all the records. To give ourselves a wee challenge I'm keen to play my favourite song of all time which is a song made famous by Ray Charles, although it is not so easy to sing, so still working on that, and one by my other favourite singer Nina Simone. We are planning on having all three strings there along with the two guitars, so not quite sure how we'll cram in but where there is a will there is a way! 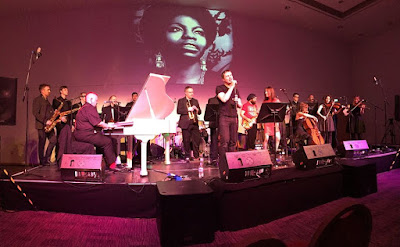