Eugene Kelly at The Doublet 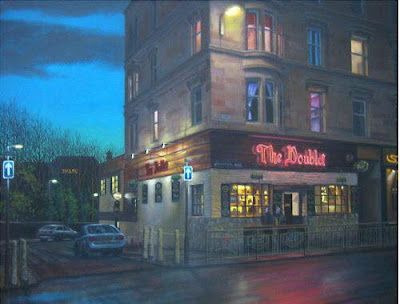 I really love The Doublet bar in Park Road, Glasgow. It's handy for Kelvinbridge Underground, Kelvingrove Park, Woodlands, Great Western Road and Gibson Street. But it's still just nicely out of the way to stand on its own.

The Doublet is a traditional old boozer, beloved by musicians and artists. So, when they announced they were putting Eugene Kelly with support from Molly Linen on in their upstairs function room, I knew I would have to be quick to grab a ticket. 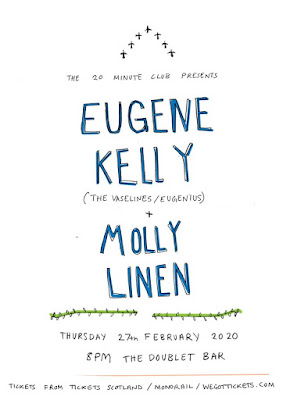 Eugene is an artist I fell for back in my teens and I guess I have been extremely fortunate that a lot of the bands and artists I discovered back then have had long careers; Teenage Fanclub, Eugene and The Vaselines, The Pastels, BMX Bandits, Primal Scream, The Jesus and Mary Chain, The Lemonheads, Dinosaur Jr ... all still making music.


Upstairs at The Doublet holds 50 at a squeeze, so this was a special intimate show. Molly Linen played a beautiful set, her voice is gorgeously pure and her guitar playing is intricate, clever and melodic. Linen released a 10-inch EP via Lost Map at the end of 2019 and I will certainly be checking that out and hoping to see her again in the future. 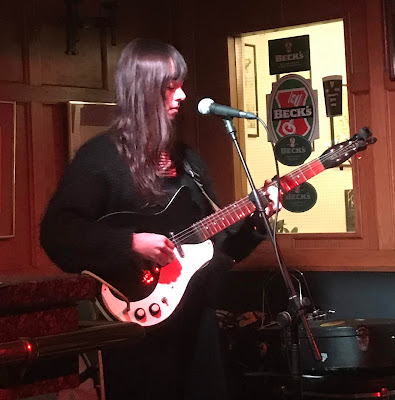 On to Eugene Kelly of The Vaselines, or one-time of Captain America until Marvel Comics threatened to sue him, so he changed the band name to Eugenius 'which no-one could spell or say.'

People were literally sitting (on the floor) at the feet of a Scottish indie legend last night. The intimate setting was informal and friendly and Eugene dove way back into his catalogue to play songs of love, lust, frustration, bitterness, tenderness and humour.

The opening Wow! and Bed In from the Captain America days translated easily to an acoustic performance, making me appreciate them all the more.

New songs, School Sports Day and Dogs Best Friend, made me long for a follow up to Eugene's 2003 album Man Alive, from which he played a number of songs. Eugene brilliantly combines raw punk energy with brilliant pop melodies, riffs and hooks and it was thrilling to see him perform in such an intimate setting.

Jesus Don't Want Me For A Sunbeam is a song that has traveled around the world thanks to Nirvana covering it on their Unplugged album, here we were watching its author perform it in his local pub - a joy. 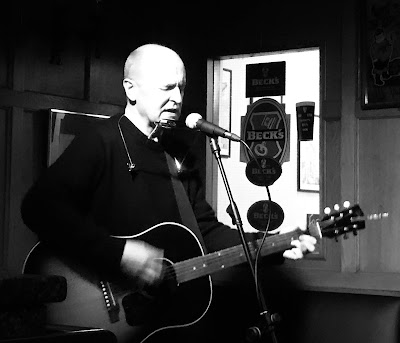 New song Is She Into Me? was brilliant - hilariously brilliant. The lyrics and melodies flowed as Eugene told a story about a guy doubting himself through a string of events. I so hope he records it.

Eugene ended with classic Vaselines songs Mollys Lips and Son Of A Gun to rapturous applause. This was a very special show from someone who displayed his very special talents.

My only disappointment was that Eugene didn't have time to play If I Could Talk which he co-wrote with Evan Dando and The Lemonheads recorded.

But hey, what a night!