I found a recent tweet by Alex Kapranos from Franz Ferdinand rather amusing. Given the timing, Kapranos might have been referring to Suede who have just announced a European and UK tour of their 1996 album Coming Up.

Personally I love when favourite bands of mine focus shows on landmark anniversaries of classic or fan fave albums. Some don't even wait for an important anniversary, they are just getting out there. Although I totally understand where Alex is coming from.

For me, everyone is a winner; the band get to revisit a much loved album, maybe even playing some songs live for the first time. It might generate media interest and sales of the album or merch. They may even get to play larger venues than 'normal' due to demand.

Fans, know what they are getting, are prepared to pay for tickets and merch and have a good night out, while promoters are probably more confident booking a band if they know exactly what the band is going to play.

Galleries curate exhibitions of artists at certain periods, people celebrate anniversaries all the time ... why can bands not celebrate their catalogue of creative work? 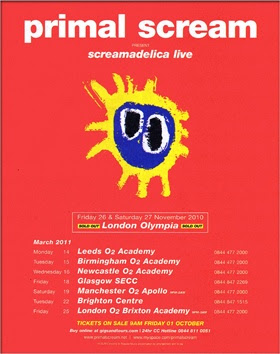 A number of my favourite bands have played classic albums. Teenage Fanclub needed 3-nights to play their Creation albums from the 1990's. Primal Scream revisited Screamadelica in 1991 and blew me away both times I saw them on that tour. The Charlatans have revisited their debut Some Friendly and Tellin' Stories, while The Lemonheads have performed It's A Shame About Ray. I caught The Jesus and Mary Chain play Psychocandy in Glasgow and I very much hope to find a friend with a spare ticket to see them perform Darklands at the Barrowland in March.

I have also been extremely fortunate to watch Arthur Lee and Love perform Forever Changes and Brian Wilson and his band perform Pet Sounds. Typing that sentence sent tingles down my spine.

That's five of my favourite bands playing records I cherish plus two absolute legends playing incredible albums from the 1960's that generations afterwards have fallen in love with .

Meanwhile bands from The Wonder Stuff to The Twang have played shows of 'classic' albums. They might not be 'classic' to me, but they are to some. And that is what counts. 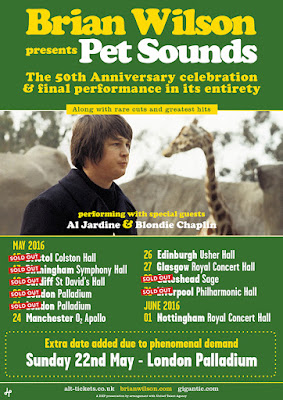 Kapranos followed his initial tweet with the statement below.

He is very probably right regarding the idea. Although at the same time he mentions that touring is a way of performing a body of work - surely an album qualifies as that. And most bands also play other stuff either before or after the album concerned.

And in terms of an album being a slice of creativity frozen in time....

I find that a very odd comment. Art, good art, is timeless. Hell, in the case of Screamadelica mentioned above, the album still sounds futuristic.

Kapranos has a point, but perhaps he has missed one as well. Classic art does capture a moment in time, whether that is a painting, a photograph or music. The birth of rock n roll, Elvis on TV, The Beatles on Ed Sullivan, the summer of love, Bowie on Top of the Pops, The Pistols, the rave scene, Britpop ... they are moments in time that mattered to people, moments in time that people will revisit via YouTube, old photos, albums, singles and by chatting to friends, or making new friends online as a result of these memories. Are they frozen? Or do they continue to inspire?

Think of albums; Sgt Peppers, Pet Sounds, Never Mind The Bollocks, Stone Roses, Nevermind ... they capture a spirit and a moment in time for many. Other bands might not have created albums quite so culturally significant, but they still meant something to someone out there - enough to go on tour.

If playing an album show  gets a band back together and out touring or playing a few dates and giving people a night out, making them happy .... good for them.

And what will happen if a promoter offer Franz Ferdinand good money to tour their classic eponymous debut album? The 15th anniversary is coming up! ;-) 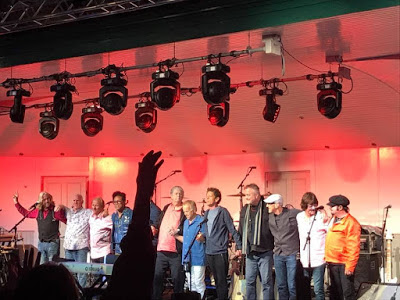