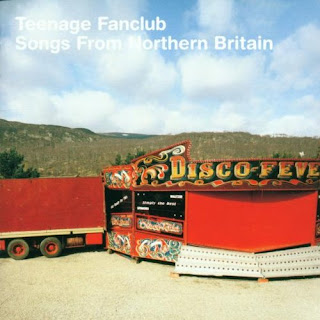 Last year I came to the conclusion that Songs From Northern Britain (SFNB) is the best Teenage Fanclub album. I dug back into the treasure trove of the bands back catalogue after seeing the band 4-times over a 3-month period when they were promoting their fantastic new album Here.

Songs from SFNB featured heavily in the setlists to the delight of the Teenage Fanclub Fanclub.

My favourite TFC album is still probably Bandwagonesque, given that I discovered it (and the band) at the age of 15 - it was perfect timing.

I was 21 when SFNB was released, 20-years ago. 1997 was a seminal year for music with many bands and artists pushing boundaries and highlighting their musical and songwriting development - Spiritualized with Ladies and Gentleman We Are Floating In Space, Primal Scream with Vanishing Point, The Chemical Brothers with Dig Your Own Soul, the Super Furries with Radiator, The Verve with Urban Hymns ..... the list goes on. Google best albums of 1997 and you'll be met by a lengthy list of online features to mark the 20th anniversary of some incredible releases. (can any match SFNB track for track?)

The title of the album was a marked response to Britpop and 1997 was the year that music moved on. It is notable that Oasis released Be Here Now - a backward step - while everyone else was moving forwards, including their arch rivals Blur with their eponymous album released in February of 1997.

Teenage Fanclub never followed or jumped on trends, even if Creation/Song attempted to get them involved with Britpop and multi formatted singles for the release of Grand Prix. It was notable that the bands next release was the Teenage Fanclub Have Lost It EP. 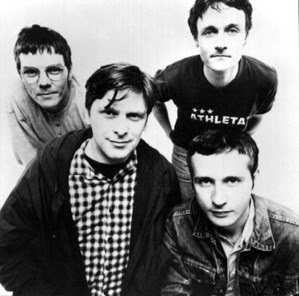 The album begins with the aptly named Start Again written by Norman Blake. Warm guitars usher us back into the Fanclub's world and what a wonderful world it is - hooks, harmonies, glorious guitars and the sound of a band gelling with ease.

Gerry Love's first offering is Ain't That Enough with its sky scraping chorus that has caused me to punch the air with delight and pogo like a teenager every time I have been at one of their live shows.


Can't Feel My Soul may well be my favourite Raymond song. It flows superbly, like all of his best work, and it also contains ferocious guitar to lift the chorus. The guitar solo is electrifying.

Back to Norman for the wonderful I Don't Want Control Of You. The Fanclub melodies and harmonies are set for stun - this is simply beautiful, written for Norman's young daughter.

This song took on a whole new meaning for me when I caught Norman playing a solo set in Blackfriars basement many years ago and he explained who it was about. Then it went to a new level when I became a father myself. It brings a tear to the eye every time I hear it now, particularly when the key change lifts it even higher.

Planets is a Blake and Francis MacDonald co-write and the opening lyrics fit perfectly with the album title and probably with how the band were feeling at the time. The strings are exquisite.

McGinley's It's A Bad World is classic Raymond, picked guitar, soothing lyrics and voice and a natural flow around the circular riff.

Enter Gerry Love with the glorious Take The Long Way Round, this guy knows how to bring a smile to my face with genius guitar pop with a sense of euphoria.

The guitars kicking in after the first chorus are brilliant - chiming and lifting the song and listener. Love is at his best.


Pull the subway to the station
For that golden light sensation

The break down is unexpected and clever, before building to an epic and euphoric conclusion.

On Winter, Blake writes again about getting away from it all to a place where he and his love are cut off from everything. It is a theme that Blake and Love both return to regularly in their writing; romantic dreamers wanting to head out of the city to the sunshine and peace and quiet.

McGinley's guitar playing is outstanding throughout SFNB, especially on the aforementioned Can't Feel My Soul and his next offering I Don't Care. He coaxes brilliant sounds and riffs and the harmonies on the choruses are the Fanclub at their best. Listen to Blake on the headphones, helping to lift the song - stunning.

Mount Everest has a beautiful extended guitar intro before Love sings in that glorious almost hushed voice of his.

Although Can't Feel My Soul may be my favourite Raymond song, Your Love Is The Place Where I Come From is arguably his finest moment. Acoustic, considered, loving, simple, soulful....

One of McGinley's many strengths is in his almost unique songwriting - it's so (seemingly) simple and at the same time so meaningful and soulful.

Again, McGinley finds his knack for creating something that flows superbly, hitting the sweet spot with the chorus and keeping it going. This song is a favourite of many of Teenage Fanclub's Fanclub when played live with Norman on the glockenspiel.


Gerry Love closes under 44-minutes of guitar pop genius with Speed Of Light. It is heartfelt, romantic and has a melancholic euphoria that Love seems to hit time and time again with his songwriting.

So there you go; Teenage Fanclub at their very best in under 44-minutes. It leaves you wanting more, you want to play it again....and again - the sign of a good album.

As a Teenage Fanclub fan I am fortunate that the band have so many good albums to play again....and again. From the wonderful sound of a band finding themselves and having fun on A Catholic Education right through to the most recent Here - Teenage Fanclub deliver - love, dreams, romance, the sunshine, the city, the country, guitars, harmonies, choruses, warmth, melancholy, beauty

You'll find all of that and more in Songs From Northern Britain and anything else the Fanclub have written, recorded and produced. It's what they do.