We like to take our time - Gus Wemyss, Sun Rose

Sun Rose are a brand new band signed to Last Night From Glasgow (LNFG) who have just released their debut single Smirk ahead of their debut album later this year. Check the video below or head to iTunes to download or Spotify to stream.

Inspired by the likes of Talking Heads, Daft Punk, ESG and Kraftwerk, Calum Muir and Albert Kawmi began writing the songs which would form the basis of the Sun Rose debut album over the winter of 2013/14.

The friends had previously in a band together - Nevada Base - but then life got in the way. Things stalled a little until Gus Wemyss (also a previous member of Nevada Base) got involved in 2015 and by late 2016 Julian Corrie (Miaoux Miaoux and now Franz Ferdinand) was involved with production and mixing.

The completed album is an absolute gem - techno, electro, melodic, funky, disco, harmonies.... I'll be blogging about that nearer the time of release.

One of the beautiful thing about this band is that their only ambition was to release it on vinyl and play a couple of shows! It is all about the music - so much so that they have only recently set up a Facebook page. And the band name was only confirmed shortly before the release! 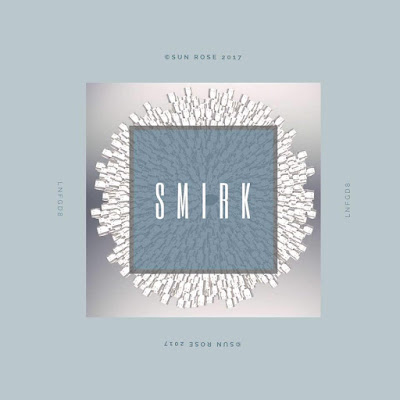 Smirk is fantastic - the guitar playing, vocals and changes in pace mean that there is an edge throughout. The piano break is sublime and then the synths and beat take things higher. The final 30-seconds take things even higher and leave you wishing for an extended mix. I can't wait to see and hear them play it live.

The Brian Sweeney produced promo video features members of the band and members of the LNFG label in a kaleidoscope style effect - keeping with the flow and changes of the song.

Check it out below.