Into The Light - Medicine Men 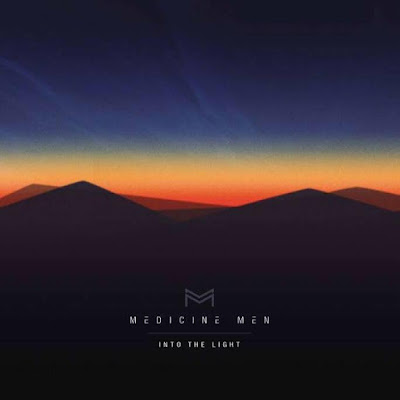 The pulsating and hypnotic synth of A La Llum opens Into The Light, the debut album by Medicine Men in captivating fashion. Backwards guitar, percussion....in just over 70-seconds we are introduced to the melting pot of sounds that Medicine Men can create.

It is a beautiful opener, maybe too short, but you won't be cursing that for too long as it leads straight into the stomper that is Show What You're Made Of. One of the oldest songs on the LP, it leaps off the vinyl with an urgency, flow and style that will hook you on first listen.


Funky bass leads us into Golden Packets and a story of a night out, it becomes increasingly psychedelic and is a live highlight.

On to the showstopper. At least for me. Eggshells is a belter, a beauty, 6 and a half minutes of heartfelt and soulful vocals and lyrics, beautiful playing, building slowly but surely, unrushed, flowing and leading to a little break before building again and allowing Ian and his band to just go for it. The last 2 minutes just turn it up another notch.....and then another before it slows and allows you to catch your breath back. A real favourite of mine. 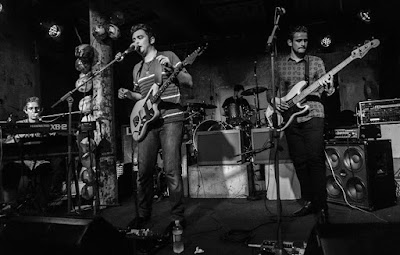 Medicine Men mix it up on the album and Bruised Peach has an almost industrial experimental edge to it when it comes in. That edge is something that Medicine Men definitely possess live and they've done well to transfer that to vinyl. Where does that edge come from? Well Ian McKinnon definitely has something about him and his plea to fall in love again, fall in love again is unlikely to fall on deaf ears.

Realise Forget is another little beauty, it has a great feel to it, another story about a night out that went a little wrong and running down Sauchiehall Street. This song builds to another psychedelic flow.

When Medicine Men play live they hit all the right notes and Ceiling To Floor was a cracker when they played Stereo back in March. I love what they do with this song, the beat kicks in, there is some real fuzzy bass going on, that urgency to Mackinnon's voice that propels the band along and a beautiful flow that keeps going.


Why are you crying?
Cause it's you that keeps me flying
I wanna see you smiling
In the rain

Talking of the sound and direction of the album, lead singer Ian Mackinnon said; 'We're really big on good grooves with as little drum fills as possible so as not to interrupt. I guess that comes from a love of disco and dance music in general. We got more experimental as the album went on. Tame Impala were definitely an influence, as were LCD Soundsystem. LCD in particular were the first band that made me realise you could make dance music as a conventional band and perform it live too.'

The Balcony is a heartbreaker, written about Ian's Dad who sadly passed away coming on 2-years ago, from the church style organ in the intro through to the outpouring of grief. The guitar solo is beautiful.

Did I say Eggshells was a showstopper? Well Out Of The Light is a showstopper and a showtopper. I was blown away when I first heard this, coming on like the Chemicals on a night out with Primal Scream circa XTRMNTR. It has that Mani-esque baseline going on, synths lead the way, Mackinnon sounds like he is in his element. The Star Guitar style breakdown is euphoric.


In many ways the opening and closing tracks of this album left me wondering where Medicine Men will go next, I was so impressed with them. Will they go on a more synth/electronic path? But then you have the likes of Show What You're Made Of, Eggshells and Ceiling To The Floor.

I don't know what path they will take but it is one that I would love to go down with them.

The album is available to stream on Spotify, to download via iTunes and available to order on vinyl via Last Night From Glasgow.