Imagine being in one of Scotland’s best bands; loads of quality songs, known, loved and appreciated throughout the world, devoted fans.....Imagine being in two of them!!!

Dave McGowan is lucky enough to be in Teenage Fanclub and Belle and Sebastian!

2016 is shaping up to be a big year for both, with Belle and Sebastian celebrating a landmark 20th anniversary and Teenage Fanclub gearing up to release a new album.

Ahead of Belle and Sebastian’s 20th anniversary shows at the Royal Albert Hall (and just after a heap of activity in the West End of Glasgow), I caught up with Dave to ask him a few questions.

What comes across in the interview is that Dave is just as big a fan of the two bands as me and everyone else out there. He is living our dreams.

Read on for details about original copies of Tigermilk being used as frisbees following the launch party!!!@! 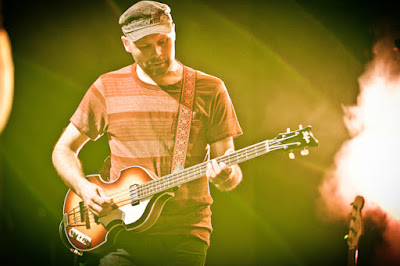 EF - Can you tell us a little bit about yourself? Where are you from and when did you first get into music, what kind of bands were you into?

Dave - I’ve always lived in Glasgow, loved The Beatles and soul music as a kid. By my teenage years I was lapping up the guitar groups of the time - My Bloody Valentine, Ride, Pavement, Sonic Youth etc (some better than others). I played in a few groups here and there, broadening the musical spectrum as I got older - kids can be such music snobs!

EF - How did you get involved in the Glasgow music scene? Were there any important bands, people or venues?

Dave - Just being a fan really, hardly a week went by when I wasn’t at the Barrowlands or the Mayfair or the Plaza. Oh God, I sound like a Grandad! It’s all a bit hazy.....Where’s my pills?

EF - What instruments do you play? Do you have a preference?

Dave - In Teenage Fanclub I’m mainly on keyboards, with Belle and Sebastian I’m primarily on bass. But both groups usually like to switch instruments a bit on stage depending on the song, so sometimes I’ll end up on accordion or something, wondering ‘how did this happen?’..... 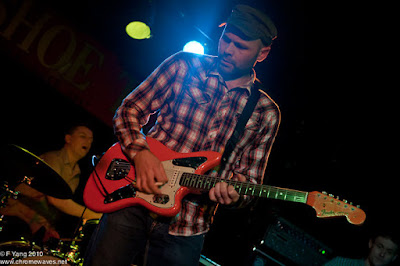 EF - Who did you start playing with first? How did you get involved? When did you ‘officially’ become a member of each band?

Dave - Teenage Fanclub first, back in 2004 I think. I’m not ‘officially’ a member of either group - I’m the eternal helper-outer....

EF - It’s the 20th anniversary of Tigermilk and If You’re Feeling Sinister for Belle and Sebastian. Did these albums leave a mark on you in your younger days? What is it like revisiting them with the band?

Dave - Yes, they did, absolutely - especially Tigermilk. I remember being at the launch party at the old Cava studio. By the time they were halfway through The State I Am In my jaw was on the floor. They were giving away copies of the LP that night - I still have mine. Although I remember some were being used as frisbees outside afterwards. Disrespectful fools!

EF - Are there any songs from that period in Belle and Sebastian’s history that you are particularly fond of or enjoy playing?

Dave - There are so many....I mean The State I Am In is about as perfect a song as you’ll ever hear. My Wandering Days Are Over is another favourite.... It’s been a real thrill for me rehearsing all these early songs. Some of the deeper cuts like Mary Jo, I Could Be Dreaming, Put The Book On The Shelf...such great songs.

The State I Am In - ‘about as perfect a song as you’ll ever hear’.

EF - The band were pretty prolific in that period, releasing a number of albums and EP’s. As you revisit the songs (although many have never been far away from set lists), what is it that you think makes them so special?

Dave - I think it was just a magical combination of genius songwriting and being something completely different at the time. Remember this was the mid-90’s, everything was in-your-face and brash and laddish and, well, kind of boring....Here was a group playing amazingly accomplished music with pianos and recorders and orchestral flourishes and they didn’t even appear in their own promo shots! Nobody knew who they were! Brilliant!

EF - On to Teenage Fanclub. You have a new album Here coming out and the band seemed geared up to hit the road and go for it. What is the mood like in the camp at present?

Dave - It’s always exciting when there is a new Fanclub album on the way. I guess they always take a while to appear...I think everyone’s looking forward to playing some shows. 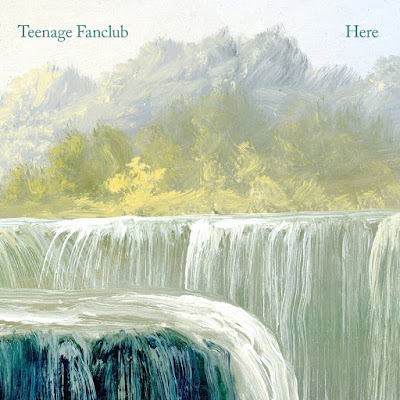 EF - As with the Belle’s question; were you a fan of Teenage Fanclub, are there any albums or songs that you were/are particularly fond of?

Dave - Oh totally! I played all their records to death, even The King! (rare and deleted TFC album) Had their posters on my wall, the whole bit. Again, there’s an embarrassment of riches there - Star Sign always puts me right back in the time and place I first heard it, same goes for everything on Bandwagonesque. There are many I love playing; Your Love Is The Place Where I Come From, I Need Direction, Everything Flows, My Uptight Life, Did I Say....I could go on....

EF - How was that incredible set at Kelvingrove Bandstand back in 2014 (the last time I saw the band) for you on stage?

Dave - I had a great time at Kelvingrove, such a fun show. And crucially, it didn’t rain!

EF - Norman, Gerry and Raymond - 3 fantastic songwriters. When of you first get to hear the songs, are hey in demo form or knocked into shape?

Dave - They don’t tend to do demos these days. We’ll just head into the rehearsal room and kick them around a bit, or in some cases they don’t start taking shape until we’re actually recording them. 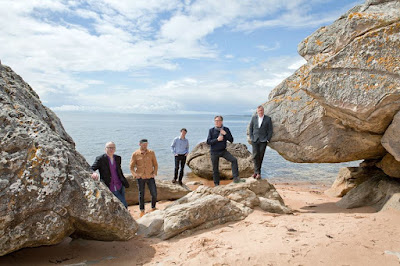 EF - Absence makes the heart grow fonder. How do you feel about doing a ‘weekender’ (TFC play the Barrowland Ballroom and the ABC the first weekend in December) in Glasgow at the end of the year? Are all of the band aware of how fond their fans are of them?

EF - Outside of TFC and the Belle’s you are also a member of Snowgoose. Do you have any other musical activities or releases in the pipeline?

Actually I’m no longer involved with Snowgoose, but they’ve been cracking on without me. I believe they have a new LP finished and ready to go. I’ve heard a couple of snippets, it’s sounding fantastic. Nothing else in the pipeline for me right now, not really had the time....