Last night saw the debut performance of Ette, the solo project by my sister Carla J Easton, also of TeenCanteen.

2015 was an extremely productive year for Carla, with loads of new songs written for the forthcoming TeenCanteen album and then a fresh batch written over a couple of months in the summer that Carla didn’t want to sit on. Instead she hooked up with Joe Kane from Dr Cosmos Tape Lab and recorded an album in just  5-days in his garage studio. Joe produced and played guitar and drums on the album and they co-wrote the sublime disco summer pop song Heaven Knows. 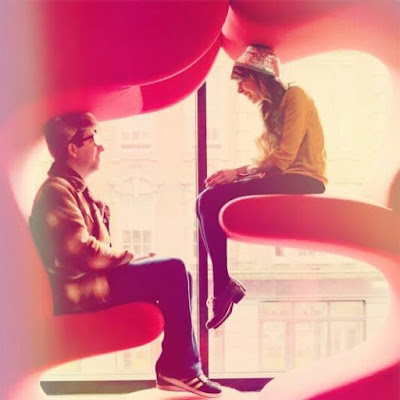 The fresh and quick approach to writing and recording has resulted in a beautiful, psychedelic pop album titled Homemade Lemonade that will be released on Olive Grove Records on 22nd July. They have already found a fan in Marc Riley from BBC 6 Music who played opening track Attack of the Glam Soul Cheerleaders on his show a couple of weeks ago and promptly invited them for a session.

The songs seems to have a habit of finding fans instantly. Within days of finishing the album, Carla sent them on to Lloyd at Olive Grove Records who immediately declared that he would love to release the album in the summer of 2016. 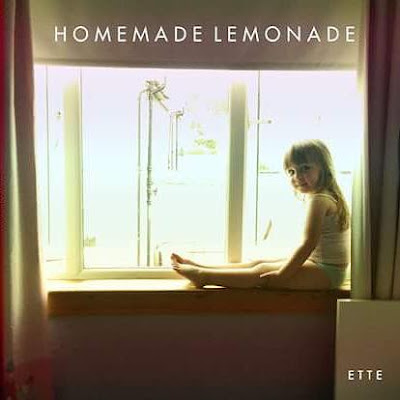 Ette’s debut album will be released on 22nd July

The West End Festival had kindly given Olive Grove Records a showcase at the beautiful Oran Mor, situated at the top of Byres Road. It was a fantastic opportunity for the boutique DIY label to highlight their taste and style. Call To Mind and The Moth and the Mirror are established acts on the label, however the two headline acts were playing their first ever performances! 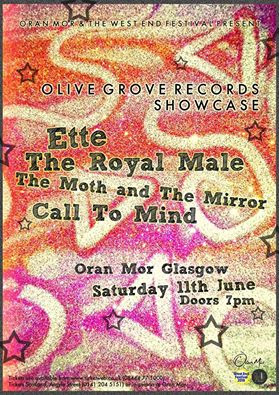 The Royal Male (excellent name) is the solo project of Ali from Woodenbox. Ali wrote a batch of songs that were centred around the piano. His 4-piece band also had an excellent drummer, a trumpet player and a violinist. The 4 conjured up some rather beautiful songs, gaining confidence the longer the set went on and ending with (for me) their best song; one that allowed Ali to open up on vocals to display real strength and soul in his voice. The musicianship was first class throughout. 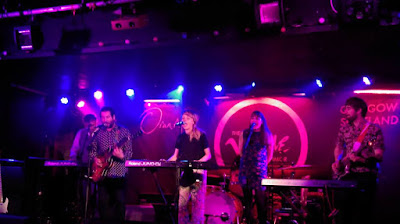 On to Ette. They absolutely smashed it out the park!

Carla had recruited a quite incredible band to back her up; John Nicol from Hidden Masters on drums, Deborah Smith from TeenCanteen on harmonies, percussion and effects, Paul Kelly from How To Swim on synths and bass, Reggie House (still don’t know what his real name is!) from BooHooHoo on synths, with Joe on guitar and Carla also on synths and keys.

They romped through opener Attack Of The Glam Soul Cheerleaders (Parts 1 and 2) with real confidence, getting the crowd on their side from the off. People came down from the bar and in from the sides, always a good sign!

The band looked the part from the off, creating a wall of sound that was aided by the superb Oran Mor sound system. Joe would turn and raise his guitar to John on drums, driving him on. They were brilliant to watch.

Bones was a highlight for me, the flowing melody is simply stunning. I Hate You Song was another favourite, delivered with humour and venom.

Bonfires turned dub raga with the pop hooks remaining, Bird In The Sky was psychedelic pop bliss before the set closed with the stunning disco pop of Heaven Knows - the sound of summer.

This band was really put together specifically for this show, but given the response from the crowd and the fun they had on stage, I hope they’ll continue for a while to come.