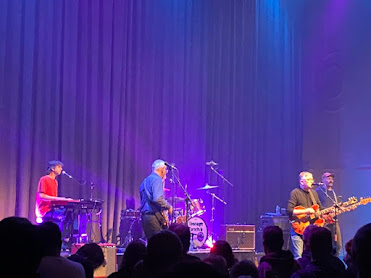 Even though it's complicated

We got time to start again

My last gig was 29th February 2020. Looking back at my blog, I attended 6 gigs in the first couple of months in that year. Gig going was (and will be again) a major part of my life - a reason to catch up with friends, to have a wee night out and visit some of my favourite bars in Glasgow, to watch bands and artists I love, to discover new sounds and to get the buzz from entering venues like The Barrowland and seeing audience and artist become one.

But enough has been written about that. Lets get bang up to date - Tuesday 14th September 2021 to be precise.

The sense of anticipation of a gig is still there! The buzz of arranging to meet friends, of sorting someone out with a spare, even thinking about what to wear!

In addition, there is a strange form of planning that is going to become the norm for a while. I missed 2 gigs that I had tickets for the 2 previous Friday's as I knew that this gig and the Barrowland on Thursday were the ones I really wanted to go to. My friend Lorna decided not to go after giving someone a lift home from John Grant at the Barrowland last week and then they subsequently tested positive. Lorna is negative, but worried. COVID is absolutely everywhere. We're learning to live with it, or we are trying to. It's not going away and it feels like we'll all get it at some point - we need to trust in (and test) the vaccine and our immune systems. It feels like we're living in a giant experiment at times.

But back to the gig! 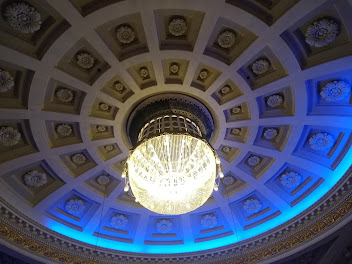 The Edinburgh Assembly Rooms is a breathtakingly stunning venue. The chandeliers, the craft work and attention to detail on the ceiling ... everything seemed so grand ... from the entrance and the welcome from the staff, to the well staffed bar and to the huge high ceiling-d room for events.

My sisters band Poster Paints were supporting and playing their first ever gig! You'll find my blogs on their first couple of singles here and here. 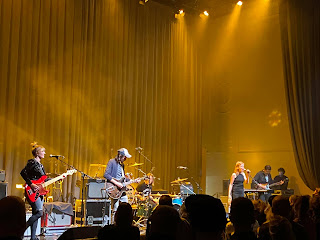 They played beautifully and brilliantly. The sound was absolutely spot on, the audience were warm, responsive and by midway through the set the venue was full.
Simon's guitar looked and sounded sublime as he coaxed gorgeous sounds from it, Sita harmonised beautifully with Carla on some songs and my sisters voice was as good as I have ever heard it.
Playing a 7-song set, Poster Paints won the audience with some stunning songs. Circus Moving On is all kinds of slow dreamy gorgeousness, while closer My Song built slowly and hypnotically into a a kind of shoegazey New Order groove.
My friend Luke captured it on film HERE
Poster Paints play their debut headline show at The Poetry Club in Glasgow on Thursday 7th October. 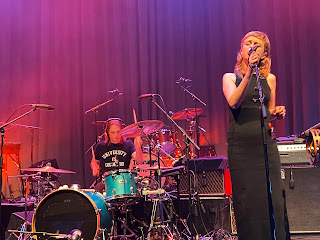 Next up ... Teenage Fanclub!

The warm guitars of About You kicked things off, all of the band looking happy - the combination of guitars and harmonies sounded particularly blissful after so many months without live music. I found myself leaving my friends to move closer to the stage, closer to the speakers to get lost in the music and the rush of the live experience.

Teenage Fanclub were on form - they always are! If I was relishing being back at a gig then my favourite band were clearly enjoying playing with each other and to their fans again. Home was a bit of a standout for me last night, the glorious jam at the end was lovely and tight but loose, Raymond's guitar playing was exceptional.

Warm Embrace was another highlight, the band tore through it and Francis' drumming was outstanding. The band seemed to really enjoy playing this one. Euros on keys and harmonies, Dave really going for it on bass - they flew through it.

There were plenty of old favourites too - Alcoholiday, a romp through God Knows It's True a spellbinding Verisimilitude with the chiming guitar riff sounding heavenly. 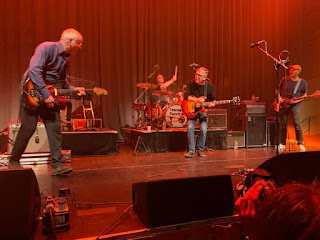 Back In The Day is a real favourite of mine from the new album and I was delighted the band included the song in the set. It could become a staple over the next few years. Euros and Norman harmonising effortlessly.

The Concept still sends warm tingles down my spine - the humour, the harmonies, the pleading 'believe me' urgency in the hook I didn't want to hurt you, oh yeah and the guitars and extended outro.

Norman's The Sun Won't Shine On Me is simply perfect and the chiming guitars and his crystal clear vocals brought me close to happy tears of joy. And then the traditional set closer, the bands debut single, Everything Flows, released way back in the summer of 1990, sounded as perfect as always.

I look forward to doing it all over again on Thursday night at the Barrowland.

Set a course that I don't know 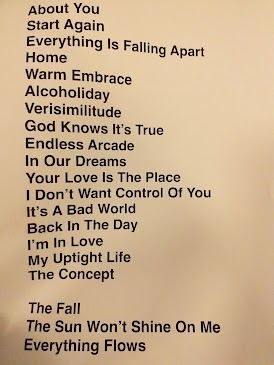