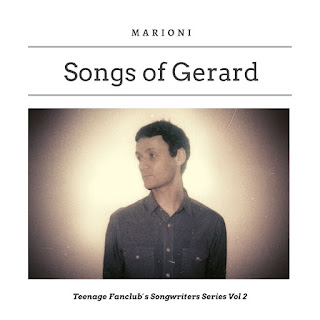 My love for Teenage Fanclub has generated many friendships and conversations over the years. Recently I started one with Juan Marioni from one of my favourite city's in the world - Buenos Aires in Argentina. My wife and I were very fortunate to spend a month living in the Palermo Viejo district of the city back in 2008 for the last month of a year travelling around the world. It really is a wonderful city; music, art, dancing, wine, steak, football ... oh to go travelling again.

Juan has recently started recording and releasing a series of EP's where he covers songs from each of Teenage Fanclub's 3 songwriters. Back in June he released Songs of Raymond  , which I missed upon release, and he's just let his Songs of Gerard EP fly out into the world.

I still marvel that my favourite band has touched people around the world through their music. So I thought I'd catch up with Juan to find out how he discovered the band and what led him to record his EP's in celebration of McGinley, Love and Blake.

It's interesting hearing the songs being performed by Juan, my personal highlight from the Gerry EP was Shock and Awe, a lovely nod to Lightships in the intro and the lyrics really stood out as I listened with the latest news from Afghanistan flickering silently on the TV across the room.

Wake me when the conflict is over

I aim for a peaceful life

Shake me when this madness is no more

I favour a peaceful life 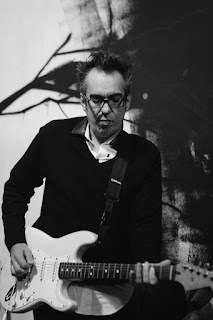 Meanwhile, Raymond's Genius Envy is covered with more than a nod to Bob Dylan and I love how Juan harmonises with himself, then drops in a couple of very apt Beatles  in the outro. Apt, as the song contains an absolute classic McGinley line.

So what if you see other people

I only get jealous when I listen to The Beatles

Juan has still to select and record the songs for his Songs of Norman EP. Keep an eye on his Bandcamp page.

How are you? How are things in Argentina?

I'm fine thank you, hope you're OK. Argentina is always a troubled country ... so we are in the same situation as usual. With the pandemic, we didn't reach the point to choose who would get a ventilator. The vaccination is a little bit slow but it's on its way.

Can you remember the first time you heard Teenage Fanclub?

I don't remember the first time, but I remember the day I thought 'this is special'. I remember walking on a really nice sunny, kind of spring day (or maybe Autumn). One of those days when you feel happy to be alive! I think it was 1991/2. Bandwagonesque was out, so I estimate the year with that date in mind. I was in my hometown, Buenos Aires, walking the streets of the Palermo neighbourhood, going back home after a session with my therapist, listening to Bandwagonesque that was recorded on to a cassette tape. Something 'hot me' that day and I think that I was listening to Sidewinder at that point. I think the first song I ever heard was The Concept, but I also recall seeing a clip on MTV of God Knows It's True and that song blew my mind! So those were the first memories of my first impressions.

Why did you fall in love with the band?

The sound and the production were what I liked first. Those airy vocals sung in 2 or 3 part harmony. And in the back those noisy but at the same time intelligent guitars, the blend of classic and modern sound. Also the songwriting reminded me of music I like - sixties style.

Have you seen them live? What kind of venues do they play in Argentina?

Sadly I have never seen them live.

What other Scottish bands do you enjoy listening to?

What made you decide to do your Songs of ... EP's?

I like to record at home and now in the pandemic, I have more time. I bought a new computer and I was thinking of making a thematic record ... maybe a 60's garage rock selection ... well ... finally I thought 'why not do covers of one of my all-time favourite bands?' At first I thought about recording a selection of songs but then I realised that each composer deserves an EP. Selecting and recording the songs made me appreciate their songwriting even more.

You cheekily throw in excerpts from other songs - some great Beatles sections (appropriately) in your version of Genius Envy and a Lightships riff in one of your Gerry songs. Did you plan that, or fall into it?

It was inspiration, purely spontaneous. Those ideas came to me in an instant, while I was in the process of recording the songs.

What do you think of Endless Arcade?

I think it's a good album, it gets better with every listen. It was surprising when I first heard it because there were some new directions in their style. Of course I miss the presence of Gerry. I think it is great that they keep going on making new music.

When can we expect your Songs of Norman EP? Have you recorded it yet?

I haven't started it yet, I don't know what songs I will select but I have candidates. I think that the production will be in the same acoustic vibe as the other two. And you can expect the same dedication that I put into the Raymond and Gerry EP's.

Lastly, what music are you listening to at present?