McCartney, Paul's debut solo album that officially announced The Beatles had split, is lovingly raw, playful, soulful and warm, perfect for the darker nights. I've been playing it a lot over the last week or so.

On reflection, I think Paul was both brave and clever to release this collection of songs as his debut album. Brave, well because he bares himself musically and emotionally, in a different way that he did with The Beatles. Where he once sang And I Love Her, with Maybe I'm Amazed he's now singing I really f**king love her and need her, she feels the same and I'm so lucky. And Paul being Paul, he shows off, playing some brilliant guitar and drums ... just because he can.

Clever, because it draws a clean line post Beatles; this is Paul McCartney doing what he does, doing what he loves, doing it because he really needs music in his life.

Dig out your copy, or find it online, sit back and press play.

Here is what I wrote down when revisiting the album. 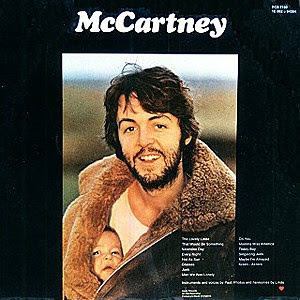 When The Beatles Anthology series was broadcast and then released on CD in the mid-90's, Beatles obsessives poured over demos, out-takes and hidden gems. But then that is what they were expecting.

I very much doubt that Beatles fans were expecting home-made recordings, one-man jams and instrumentals from the first Paul McCartney solo album. And it really was a solo album; written, performed and produced by Paul, although Linda features a (blink and you'll miss it) little.

McCartney is an album I became aware of as a 15-year old after watching Paul play one of the first MTV Unplugged shows. I knew all The Beatles songs and even a few of the covers that Paul played, but it was exciting to hear him play the first ever song he wrote, I Lost My Little Girl, and he also played 3 songs from his debut album; Every Night, That Would Be Something and the simply gorgeous Singalong Junk.

Back in 1991 you couldn't log on to google and type in the name of the songs or search Paul McCartney discography to find out where you could get these songs. You had to do some digging.

The MTV Unplugged performance was released as an album (I got it on cassette!) so it was later on when McCartney's back catalogue was reissued on CD that I eventually got to hear his debut solo album in the way he intended.

McCartney was released in April 1970 and it really did draw a line between Paul and The Beatles. The pre-album press release that accompanied promo copies was issued in the form of an interview with Paul, with the questions written in conjunction with Derek Taylor, long term Beatles press officer.

McCartney stated that the break with The Beatles was due to business, personal and creative differences, but most of all because I have a better time with my family and that he hadn't missed his (former) band mates when recording.

Paul might have not missed them while recording, but he missed them, he really missed The Beatles. The break up of his beloved band (who he really led with his project ideas after the death of Brian Epstein; Sgt Peppers, Magical Mystery Tour, Let It Be and Abbey Road were all driven by McCartney) had sent McCartney off to his Campbeltown farm in Scotland with Linda, her daughter Heather and new baby Mary. Living a reclusive lifestyle and drinking heavily, Paul would later reflect that he experienced a breakdown.

Asked to describe the texture of the album in a few words, Paul answers; "Home, Family, Love."

When asked if he'll do another album, Paul answers quite defiantly; "I will continue to do what I want, when I want to." 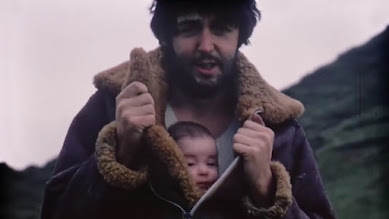 With McCartney, he certainly does what he wants. Describing his recording set up Paul has said it was "a Studer 4-track recording machine, one mic and nerve"

With one song Hot As Sun dating back to the 1950's,  two songs (Teddy Boy and Junk) from The Beatles trip to India in 1968 through to songs written in Scotland, through to improvised jams (Valentine Day, Momma Miss America and Oo You)  McCartney is a beautiful organic record, largely recorded at his home in St John's Wood in London.

While Lennon was taking primal scream therapy and pouring out long held grief into the Plastic Ono Band album that would come out later in 1970, McCartney was dealing with it all on his own with the help of Linda, who, in the press release, McCartney says is "a shoulder to lean on .... and someone who believes in me constantly."

So it is apt that McCartney opens his eponymous album with Lovely Linda, as short (44 seconds), classically melodic number that ends with Paul giggling. You can almost imagine Paul hitting record and then playing it to Linda, with that little (stoned?) giggle at the end. 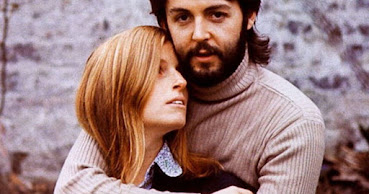 That Would Be Something has a real bluesy feel to it, McCartney picks out a riff and groove and at times he hums along to it. The rawness suggests that it might have been just one take for everything, satisfying McCartney's creative urge and allowing him to move on to the next song.

Valentine Day is a jam with himself, a rough and ready rhythm, McCartney improvising on lead guitar and drums. Carefree fun.

The melodic but starkly confessional Every Night is perhaps McCartney's own Help! He just wants a blow out, to lie in bed, then realises he is quite happy just to stay in and be with his love.

Every night I just wanna go out, get out of my head

Every day I don't wanna get up, get out of my bed

Every night I wanna play out, and every day I wanna oooh oooh

But tonight I just wanna stay in and be with you

And be with you

It's a beautiful song, I love McCartney's voice and delivery, the gorgeous acoustic rhythm guitar and how Paul just hums a middle eight

Hot As Sun is a glorious instrumental, the guitar riff is sublime, typically catchy and there is a great drum roll at the minute mark. The closing 40 seconds Glasses, is McCartney making sound effects on wine glasses.

Back in his Beatles days, Paul had a melody he woke up humming that he was convinced was by someone else. He would improvise lyrics to the melody, calling it Scrambled Eggs, it would eventually become Yesterday.

Junk is an absolutely beautiful melody over a gentle acoustic. McCartney's voice is at its dreamiest and the reason I brought up Scrambled Eggs, is because I get the sense that Paul is improvising lyrics to fit the melody - he does so brilliantly. I could listen to this melodic gem all day. 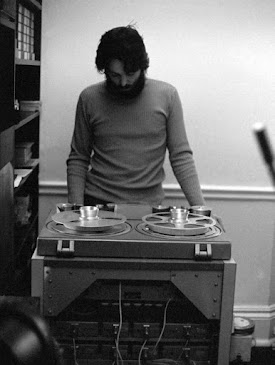 Man We Was Lonely is classically upbeat McCartney, reflecting on being lonely and hard pressed to find a smile, but then realising that he wants to lie with his love for a while at home. Again coming back to the Home, Family and Love theme that runs through the album.

More guitar, McCartney whispers to himself as Oo You kicks in with a swampy bluesy guitar riff and he just jams along with himself, letting out a classic Macca yelp every now and again, sounding like he's having fun.

McCartney creates a great feel with Momma Miss America, probably the most polished instrumental on the album, the addition of piano and organ help create a band feel to it. It has a cracking groove, with the bass underpinning it all. 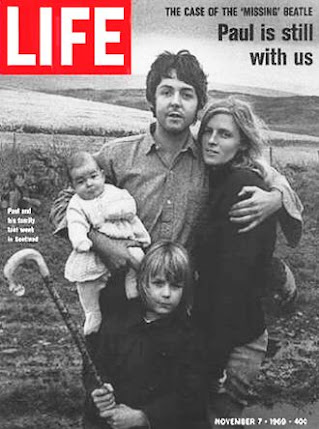 I'd be lying if I said I was a fan of Teddy Boy. That said, there is a typical flowing McCartney melody throughout.

Singalong Junk is McCartney at his best, the music is so dreamy, melodic and romantic, just beautiful. I do prefer this instrumental version.

McCartney has always sung of love, but never so personally as he does on the exquisite Maybe I'm  Amazed, which is quite simply a classic. For me, this is one of McCartney's very best songs.

Maybe I'm afraid of the way I love you

Paul's voice is clear and soulful, reflective as to where he is in life, how deeply in love he is and how appreciative he is of the love they have for each other.

Who's in the middle of something

That he really doesn't understand

The guitar solo sets for stun, McCartney singing-a-long in the background, it is a gem of a song. I love how true to the original McCartney has stayed through the years, he was on to something, playing the lot! What a show off! :-) 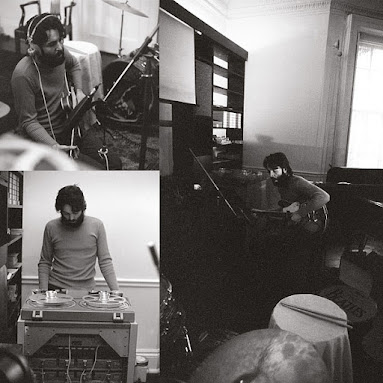 And that's it; a fascinating, kind of lovingly ramshackle insight to McCartney at work and play, ranging from jams, little snippets of melodies, riffs and ideas that could have been developed, through to the sublime Maybe I'm Amazed.

It certainly documents a time, Paul's feelings and realisation of his love and need of Linda, the way he can easily conjure melodies and ideas, the fun he has with music and his talents.

McCartney went on to release Ram by Paul and Linda McCartney in 1971, also forming Wings and releasing their debut album Wild Life in the same year.

I'll blog on McCartney II in November and then review McCartney III in December upon release. 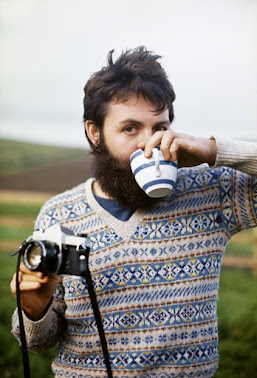