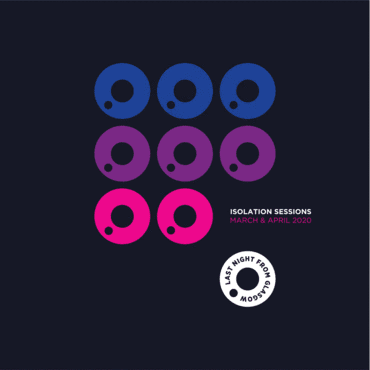 
Last Night From Glasgow quickly came up with an idea to adapt to lockdown living and in typical LNFG fashion, it grew arms and legs. Isolation Sessions was born, label artists covering their label mates through home recording and in-house photographer Brian Sweeney taking isolation portraits of artists and label members.

I'm a big fan of Stephen Solo who has released 3 stunning albums through LNFG, so although Stephen was unable to contribute, I was delighted to discover that 3 of his songs had been chosen.

Amanda from Sister John explained why her band had chosen to cover Stephen;

I've always loved Stephen Solo's writing and when the chance to do a cover came up, he was the first to spring to mind. The emotional depth and melodic movements of Secrets made it a stand out for me. I saw that we could approach it in a way that hopefully allows a slightly different reading.


The list of artists shows the quality and diversity of LNFG's roster; artists, members and the general public have thrown their support behind the idea and the album is well on its way to becoming LNFG's biggest seller.

All proceeds from album sales will be distributed to LNFG partner venues and record stores. The first donations have already been made. 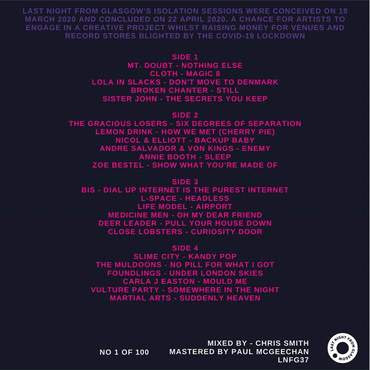 Last Night From Glasgow has come a very long way since forming back in early 2016. I am proud to have played in a part in helping to form the label. These days I'm a member and fan with Ian Smith leading the label with help from an excellent team of directors, all of whom give their time for free.

Ian's passion, dedication, entrepreneurial and community spirit has ensured exciting and incredible development. The label is getting stronger every year and just look again at that roster! The label is now home to Bis, Close Lobsters and Starless, as well young guns Cloth, Mt. Doubt and Lola In Slacks. 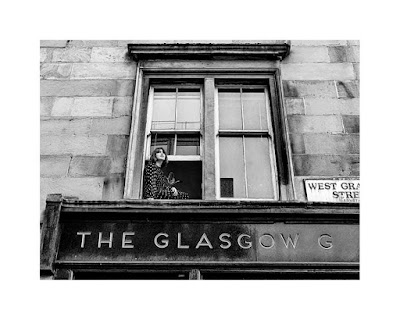 The first release will be Sisters by The Bluebells with analogue masters being tracked down and plans are afoot to remaster at Abbey Road before a release - originally scheduled for later in 2020. 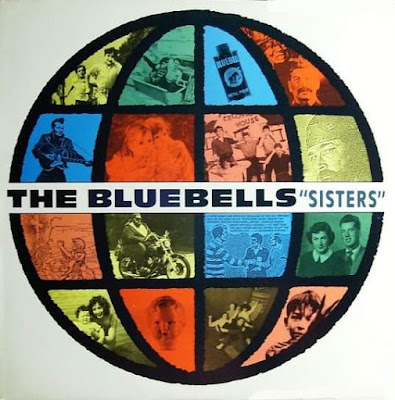 In addition, Komponist (LNFGK) is an imprint of the label focusing on compositional instrumental music, be it Jazz, Neoclassical, Electronica or Heavy Drone.

The label also has the Hive imprint, designed as an initiative for artists, by artists. It provides a self contained toolkit allowing them to utilise the resources of an existing label to publish, release and promote their own catalogue.

Is it really only 4-years since the label formed?!

Ian very kindly answered a few questions on the label and the Isolation Sessions project which I personally think will stand as an important musical and visual document of these unprecedented times we live in. I also caught up with photographer Brian Sweeney who has been working with the label from the start.

You can order the double vinyl LP and CD from the Last Night From Glasgow Shop. 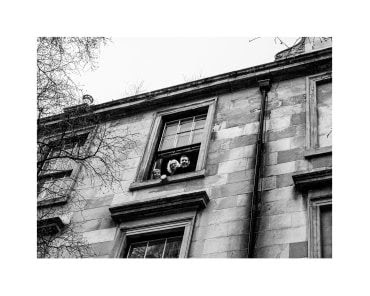 Firstly, how are you Ian? How are you adapting to lockdown life?

I am fine, there is nothing else for it. I'd rather not have the worst hay fever I've ever had right now but them's the breaks. Working from home isn't really a challenge for me, I've always preferred it. I find Monday - Friday flys by, there's still some kind of novelty factor to the whole process. Weekends are a pain in the arse thought - not being able to go for a pint or visit friends or attend gigs.

The label started to adapt quickly and the Isolation Sessions project was born. Can you tell us how it started and how it snowballed?

It's what we do. I never cease to be amazed by folks who look for reasons to avoid work, I've always looked for work. We are always looking for ways we can make things just a little better. Ways that we can improve things for our own artists but the industry at large.

The scene is full of self serving folks who had all gone to ground recently, they can see no advantage for them so they have disappeared. We, on the other hand, had seen an opportunity to put our best foot forward and show people what is possible. As for The Isolation Sessions, it was a group conversation - primarily between myself and three team members - although everyone was looking on.

Kenny was first out of the traps, suggesting a compilation album, just to keep us busy. I - as is my want - suggested we should make it for charity and support local venues. Gary quickly pointed out that original material would be a better bet, this quickly morphed into cover versions recorded in isolation and then Tim threw the icing on the cake by naming it the Isolation Sessions.. The conversation started at about 15.10 on 18/03. By 15.30 I had already invited Sister John, Medicine Men, Cloth, Mt. Doubt, Broken Chanter and Bis to participate. By 16.30 we had pretty much the entire roster signed up, by 17.00 it was live in the shop and by the following day it had already raised £1,000.

Many LNFG members have commented on the quality of the home recordings. What apps were artists using to record on?

I actually don't have much information on that - I'm guessing Logic and Garage Band will be to the foreground. Lots of the bands have roped in isolation producers to help. Chris Smith from Life Model has mixed about a third of the album and Paul McGeechan is currently mastering the whole thing. It's now a Double Album with extensive and detailed liner notes and art.

And Brian Sweeney has been taking lockdown pictures of label artists and members. How important has Brian been to the label? Could we see an exhibition once we get through this?

The process of heading into the community and bringing just a little social interaction into the lives of our members and artists has been invaluable. The fact we can keep him working I think, for him, has been a life saver. The body of work that has been produced is staggering and certainly merits an exhibition in the future. That goes without saying.

LNFG is celebrating its 4th birthday, unfortunately without the planned party. Can you tell us 4 of your highlights from those years? Just how far has the label come?

How far have we come? Honestly - we are knocking on the door of being a sizeable national (UK) label. We are now a publishing house, we have a spectacular roster, worldwide distribution, in house plugging, (soon to be) international press support, partnerships with studios, engineers and mastering engineers. We are the complete package. Our output would rival many major labels, this year through LNFG, Hive, Komponist and PNFG we will manufacture 11 or 12 vinyl albums. That's astonishing, there isn't a label in Scotland who could dream of that level of output. We are under budget, generating surpluses and artists are making some money. It was always a good idea, now we are really starting to see its potential.

Highlights? I dunno - so many different highlights. Personally and emotionally speaking for me. Sweeney's Marxist speech at the first ever LNFG event was special. Sci-Fi Steve shouting "We are Bis from (last night from) Glasgow, Scotland" was a joyous moment. So many of my favourite moments centre on Sister John, but them singing Nick Lowe's I Love My Label at the 2019 Birthday Bash - well that's about the nicest thing anyone has ever done for me/us.

Annie Booth and Leo Bargery dueting on The Line was phenomenally moving. I could pick a hundred, I love everything we have done, I love all our releases. I adore the staff I work with and the members who support us. Everything could be a highlight.

If I had to pick one event that will live long in the memory - well Stephen Watt's book launch - goodness me, if you were there, you will never forget it! If you gave me a second, then dicking about in Wakefield with Sister John, Cloth, Bis and Broken Chanter who were all down playing Long Division. That was a joy, like travelling abroad to support your team in Europe.

Thanks to Ian for his time and commitment to music and the arts.

I also caught up with Brian Sweeney to get his take on The Isolation Sessions; 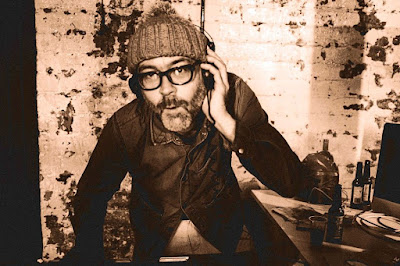 
Actually been just as busy, but i suppose that was brought on myself, i had packed schedule which evaporated in day one of lockdown, again a lot of planning and prepping had gone into those shoots, i've always been pretty good at not panicking, when actually i should have been shitting myself, when i look back now.

EF - You're taking portraits to accompany The Isolation Sessions album. What prompted the idea?

A couple of things happened on day one which prompted me into action, my dad went into isolation recently having just bought a new camera for his bird watching hobby, he didn’t have a clue how to use itch learned photography like me through film and manual cameras, so i got him his supplies, picked up the camera and went for a wander into the woods near me with my dog Albion and started shooting birds id seen on previous walks, that became a daily obsession,something i've never done before as i rarely use anything longer than a 75mm lens”

After about day 3 i noticed there was less traffic noises could hear and see more nature, that's when the portrait idea came in on the walks realised that the nature had changed around me as people went indoors to isolated thought wouldn’t it be good to document nature during these times and at the same time document people who had purposely taken themselves into isolations thought that LNFG group would be the best to shoot as the whole manifesto of the label was gigging and socialising, i thought wouldn’t it be good for people on the label to meet the others be it online and hopefully keep the community moving and talking, meeting new folk and putting names to faces..i studied at a documentary photography based school in london,so curiosity was ingrained into me…id never even net a lot of these people.

i took the idea to ian and he said “go for it, we can cover expenses”

How is it going? What has the response been like?

the response was pretty slowly think people were genuinely concerned about doing it, but after a wee bit of perseverance the floodgates opened,its been amazing, the rules were simple i had to be more than 2.5 metres away from subjects think when people saw this was doable and safe and looked coolly inbox went mental,its been an absolute joy to meet everyone, to talk to everyone,just like me, they need something to break the monotony of the day, its just growing and growing,we've nearly hit 100 members and artists now which is pretty amazing as i thought 60 would be incredible….i've another 9 booked in for next week’s planning for monday.

You've been involved with LNFG from the very start through its 4-year existence. How have you seen it develop?

didn’t think it would last longer than 2 years, it was such a beautiful idea and concept i dint think it would work in todays climate.,but its been beautiful, just gets better and better and is starting to feel like a gang now, the fact that is covers all genres is brilliant too, best label i've ever worked with.And the delegation of management has meant all artists are looked after…beautiful people beautiful music

Find out more about Last Night From Glasgow and the Isolation Sessions
www.lastnightfromglasgow.com