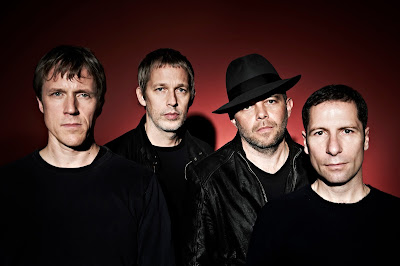 Weather Diaries is the sound of 4 friends reconvening after a couple of decades of life experience and rediscovering the chemistry that once propelled them to the forefront of the UK indie scene. The fire has been relit and on the stand outs Ride sound fresh, vital, forceful and like they are having fun.

Erol Alkan produces and what a splendid job he does; there are the fantastic guitar sounds you would hope for (and expect) on a new Ride album, Andy and Mark's voices combine gloriously, but there is also a little pop edge that Alkan is perhaps responsible for.

The album opens with Lannoy Point, a groovy instrumental jam for over a minute before Mark Gardner returns on vocals singing about being wiser for time and a better sense can start again. It's a promising start - dreamy vocals, good groove and chiming guitars at all the right moments.


Erol Alkan's production comes to the fore on All I Want with a distorted sampled vocal at the start, the music is suddenly more psychedelic, the drums sound fantastic.  Ride still like to sing about feelings (see Lannoy Point) and some of their lyrics are still touched with the teenage innocence that won them so many fans back in the late 1980's early 1990's.

The backing vocals are pure early Ride and when Mark Gardner and Andy Bell combine in harmony then magical things can happen. I think back to their Glastonbury 1994 performance for their Carnival Of Light album when they just looked and sounded like the kind of band I wanted to be in.

The title track is a beauty, especially when it hits the chorus and everything is lifted in that glorious psychedelic way that Ride can hit when on form, all swirling guitars and harmonies.

I'm unsettled by the weather, it's getting stranger,
Should it be this good right now? Are we in some kind of danger?
Is this atmosphere just me, or is the sky too blue?
It's too perfect, something's got to give
I'm going inder, where are you?

Rocket Silver Symphony has a slow pulsing synth instrumental intro suddenly bursts into life after 2-minutes as Ride find their guitars and pedals. The synth then has a groove and the vocals are more poppy than normal for Ride, but then they return to classic Ride harmonies for the chorus. 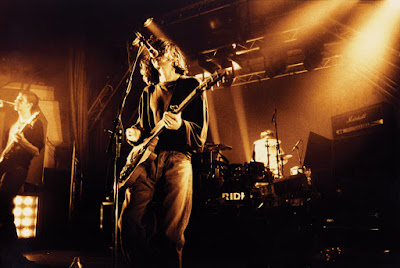 Lateral Alice zips along at under 3-minutes and sounds more American than any previous Ride recording, even mentioning surfing!

Cali takes things further and is extended to over 6-minutes. Gardener and Bell sound brilliant, a standout on first listen and also a few listens down the line.

The album closes with White Sands, a song clearly about the bands break up and make up. It's only after a few minutes that it turns into a song that sounds remotely like Ride - the Ride we know.

Weather Diaries has enough to satisfy old fans and win new fans and turn them on to their back catalogue. More importantly, Weather Diaries sounds like a band not only rediscovering themselves, but strengthening friendships.