Different Days by The Charlatans 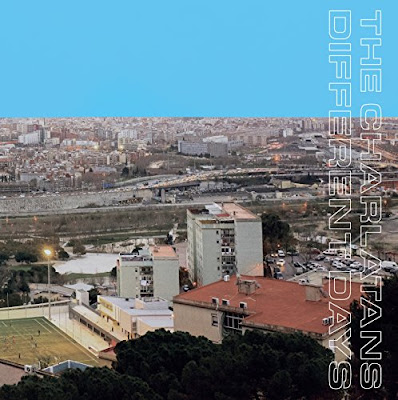 The Charlatans have swiftly followed up their excellent and well received Modern Nature album, which contained some career highlights, with Different Days - the bands 13th studio album. And I am delighted to report it's a cracker! There is a great feel across the whole album, a sense of freedom, of confidence, of fun....the production is fresh and flowing. Co-produced by the band and Jim Spencer at the bands studio in Cheshire.

The Charlatans are the band that keep giving; restless, relentless, innovative and constantly developing. In addition to the 13 studio albums, there have been live albums, remixes, EP's, compilations.... not to mention Tim Burgess' solo efforts. Are they the most prolific British band over the last (near) 30-years?

Tim is singing better than ever and as this blog has mentioned before, he has embraced social media (and the change in the record industry) with an energy and understanding that other artists should look to for inspiration.

The Charlatans launched Different Days with a ..... different day. Taking over Oldham Street in Manchester's super cool Northern Quarter. There was Tim Peaks Coffee, their own beer, items donated to Oxfam, a signing in Piccadilly Records and much, much more. Check this short documentary film.

Fear not, the band return to the traditional promo model with a UK tour at the end of the year, including a date at the O2 Academy on Monday 4th December. Shame it's not the Barrowland, next time!

On to the album; 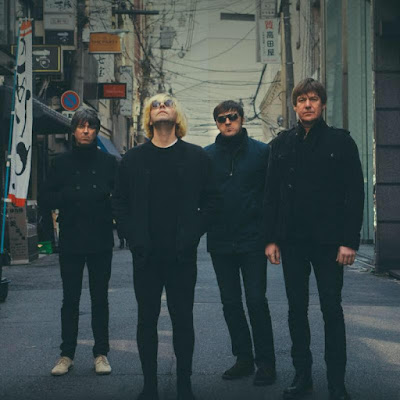 Bathe in the sunlight
Is everything alright?

Hey Sunrise ushers us into Different Days in a beautiful warm manner; acoustic guitar, piano and a hushed Tim vocal and then it all lifts gloriously in that special Charlatans punch the air, euphoric, feel good style. Written at 5am, hence the hook;

The Charlatans are a band who always look for solutions to challenges, they are glass half full, so Solutions is a great song title for them.  Described by Tim on Twitter as 'Crosby, Stills, Nash and Young meets Neu!'


Always running out of time
Building a dream out of reality

You would expect the title track to be good.....and it is. A Japanese introduction leads to a beautiful melody (vocally and piano).

Future Tense is a clever bridge from Different Days into Plastic Machinery, continuing the melody and with a spoken word by Ian Rankin that leads into a burst of pure Charlatans pop.

Plastic Machinery was the lead single for the album and it was the right choice. The band sound fresh, vital, urgent.... Johnny Marr on guitar.

So let's just run, even if only in our heads


Not Forgotten sounds like it could have been lifted from The Charlatans eponymous album released over 20-years ago. It has a real groove to it

There Will Be Chances is sunshine romance, with a cracking melody and groove - pure summer. Set to be a Charlatans favourite. Described during the Twitter listening party by Tim as 'super optimistic, giddy euphoria, spacey.' 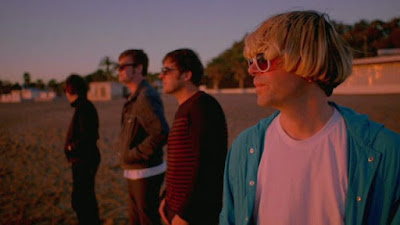 Over Again is brilliant, Burgess is on fire with his vocal melodies and delivery across the whole album, speeding things up, slowing things down....just sounding like he is having fun. The electronic pulse and percussion driving this tune is great. It's quite New Order - a compliment I'm sure Tim will love. Apparently written for Neneh Cherry to sing, hopefully that will happen sometime.


Write a message in the sky
Anything to get your eye


The sense of fun and freedom that Burgess has across his wide portfolio of artistic endeavours these days really comes across on The Same House - it is pure Talking Heads! Ace! Very different, very cool and just wait for the extra beat and groove to come in - superb.

Let's Go Together is another beauty, it sounds and feels remarkably fresh, the playing and production across the album are sublime.

The Setting Sun is a brilliant short instrumental (possible entrance music) leading into the stunning finale of Spinning Out, a co-write with long term hero and friend Paul Weller who plays piano and sings backing vocals. This will melt your heart. Tim sounds amazing and there is such a nice feel to this - an emotional one - a good one. Described by Tim as 'Memories of childhood and the ones you make today for your children.'

Different Days is out now - get a physical copy from your local record shop or by visiting www.thecharlatans.net or head to Spotify or iTunes. 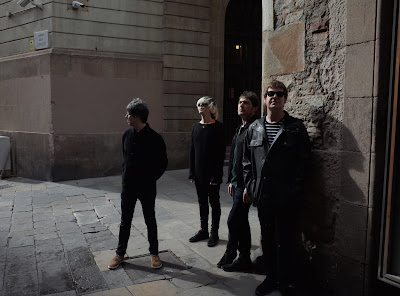 I like this music and making similar sample pack
www.lucidsamples.com