With that statement and a snatch of Beautiful Thing - hear me it's a beautiful thing and I say bye bye fans of the Stone Rose have been left wondering if the bands celebrated reunion is over. Since the summer of 2012 the band have played around the world and made hundreds of thousands of people happy, people who never thought they would ever see the band live, never hear them play their joyous songs. In the process the band have made their deserved millions, they had been shafted first time round - caught in legal wrangling over record and management contracts.

Roll back to late 2011 and I was beside myself, Stone Roses were reforming. I tried desperately for tickets for the first two Heaton Park shows, my mate secured me one for the Sunday.

Later on they announced a string of shows across Europe to warm up and get arena ready and I went over to Amsterdam - they were magical, the Sunday at Heaton Park was my dreams come true. 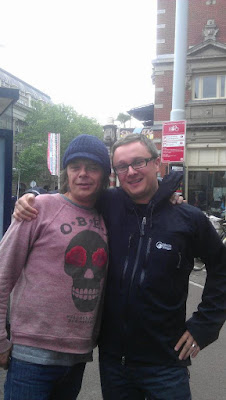 Glasgow Green the following year was a disappointment - at least for me. Fights, bottles flying and a dangerous vibe in the air was a far cry from the atmosphere at Heaton Park the previous summer, they then made up for that at T in the Park last year, playing a blinder. Made of Stone, the Shane Meadows documentary captured the magic, what they meant to the fans and the incredible shows they played - but the Roses kept schtum. 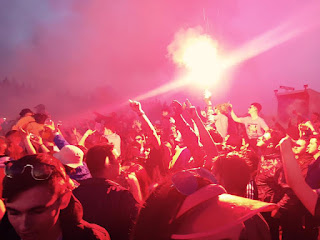 But All For One was awful, I turned on the radio and thought it was Kasabian or someone like that. It was more like The Seahorses than the Roses. Beautiful Thing was much better.

Although I longed to see the Roses and for new material, I also longed to hear them speak, to read their interviews, to see what they made of the world, politics, the changing times....we've had nothing since the press conference in 2011.


When they announced their latest string of UK summer shows I barely batted an eyelid, I didn't try for tickets - the fact that Hampden is a terrible venue was only a small part of the reason.

Even when the rumours broke that Hampden was to be the last Roses show, I wasn't too bothered. It showed - this year there had been no secret shows, small European shows or rumours of new material or photos of their gear being loaded into studios.

The fact is; I had done it. I had seen the magical, mystical Roses; I've sang my heart out, I have cried, I have been hoisted up on friends shoulders, I've punched the air in delight and I've done my fair share of dad dancing. 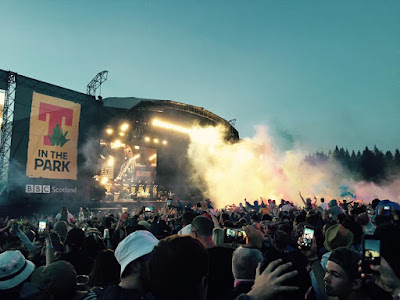 Back in 1990 Ian Brown was asked about the Roses turning down a support slot with The Stones and he replied something like 'It's 1990, The Rolling Who? They should have friends who care about them enough to tell them to pack it in.'

If you've read previous Roses blogs I have written, if you know me, you'll know how much I love them. But I kind of feel like that about the Roses now. This year it felt like they were milking it and going through the motions. I didn't want to go and see that.

I hope the kids that went to see the Roses pick up guitars and form bands - that is what the Roses always wanted.

4 people who will always be defined by their music and friendship got back together and made people happy. Whether the 4 are still friends or not is another matter - reports from Hampden say that there were 2 separate embraces on stage last night, with Ian and Reni notably not together. My friend was down the front and he said Mani was crying - there isn't a bigger fan of the Roses than Mani himself.

Going back to Ian's quote from last night - I am truly happy it happened.

And on the flip side it feels like it is the right time to call it quits if there is no new music. Rumours are also abound that Ian Brown will be releasing a solo album in 2018. 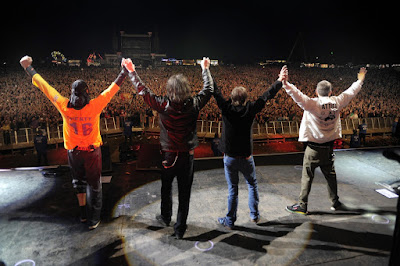