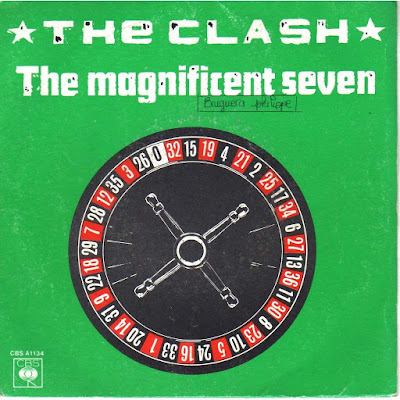 Welcome to the second instalment of the Never Ending Mixtape that you can check out on Spotify.

14 songs are added to the mixtape and it is an eclectic collection ranging from Nick Drake to The Clash with Hendrix, Marvin Gaye, Nirvana, The Undertones, long lost bedroom romantics Alfie and hmmmm Scarlett Johansson in between.


Time Of No Reply (orchestrated version) - Nick Drake
Just beautiful. I'd only really listened to the classic Pink Moon album until earlier this year. There is a treasure trove of wonder to delve into.

Let Me Get There - Hope Sandoval and Kurt Vile
My friend Alan Clarke turned me on to this. I adore Hope Sandoval, her voice is stunning and I love loads of her stuff; solo, with Mazzy Star and guesting on songs with the likes of the Marychain and Death In Vegas.

Hercules - Aaron Neville
Listen to this on headphones, you can just make out an audible groan of satisfaction right at the start when the groove kicks in. And what a groove! And Aaron Neville just flows with his melody, delivery and poetic genius.

Little Wing - Jimi Hendrix
So yeah, this was released in 1967. Far out, gorgeous, funky, soulful, genius. It sounds mind blowing in 2016, imagine what it was like back then?

Buttermilk - Captain America/Eugenius
Eugene Kelly has written some incredible songs in his time. Captain America was his short lived post Vaselines band, changing names to Eugenius after a legal threat from Marvel Comics. Much loved by Nirvana. I love the guitar riffs and the urgent vocal melody.

Lounge Act - Nirvana
Speaking of guitar riffs and urgent vocals (and flow melody) - what about this gem from Nirvana's classic Nevermind album?! Kurt just gets to the stage where he injects extra ferocity and speed into his guitar and screams his heart out. Just listened to this for the first time in a few years - sensational.

When You Walk In The Room - The Searchers
Speaking of teenage angst - this is wonderful loving pop music. I first heard this when my friend's Ben and Annisa had it as their first dance at their wedding. A Jackie DeShannon song - well worth tracking down some of the compilations of her songs.

If You Ever Get Your Hands On Love - Gladys Knight and the Pips
Motown at its best - beat, groove, melody, hooks, soul and advice.

It's You - Chris Grant
Recorded in his garage in Liverpool. This is a beautiful lofi love song that deserves to be recorded in Abbey Road with the London Philharmonic Orchestra. His It's Not About War album from 2013 contains several other stunner; particularly I Am The One and Like A 45.

It's Just About The Weather - Alfie
I caught Alfie (from Manchester) at King Tut's one time and fell for their lazy charm. They looked like they had just got out of bed and produced gems like this.

The Magnificent Seven - The Clash
Surely one of the best opening tracks on an album ever. The Clash released a triple album with Sandista! and guaranteed that it would sell at normal price! Incredible value for fans and there is so much to take in - reggae, dub, punk, pop.