It must be 21 or 22 years since I first had the great pleasure of seeing Primal Scream live when they were touring Give Out But Don't Give Up.

In those days (and for a long time after) part of the fun was going along to see what condition Bobby Gillespie was in. Regardless of how f**ked up he was, Bobby and the Scream team always delivered. 100% or nothing. He was cooler than cool, looking great and acting great. A truly amazing front man who took in all kinds of influences to be completely unique - from the songs and albums he delivered to the performance on stage; Jagger, Lydon.....both there.....but there was never any doubt that Bobby Gillespie was his own man. Not many people can say that at least one point they were the coolest man to walk the planet.....Gillespie can. 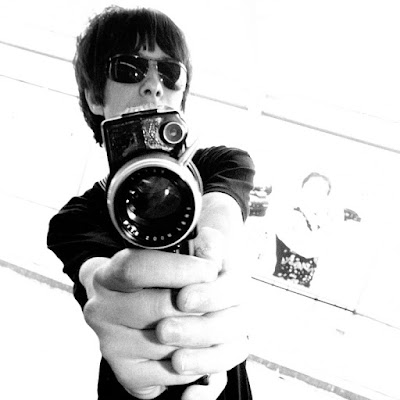 The coolest man on the planet...more than once

A picture of Bobby Gillespie in an air ambulance after cracking his vertebrae and splitting his skull following a 7-foot fall from a speaker stack became an internet sensation. Bobby still had his shades on; total rock n roll. 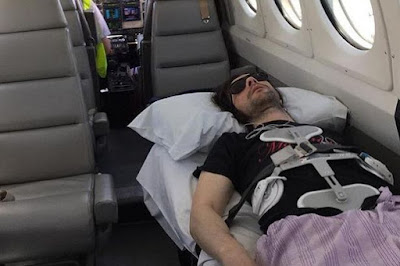 Checking in to see what condition Bobby's condition was in; it wasn't 100%. He was up on his feet for the classic Movin' On Up to open proceedings, but he was clearly still affected by the accident, sitting perched on a stool for the vast majority of the show.

Bobby Gillespie operating at 70-80% largely means that the Scream are operating at that. Gillespie is a front man that can take his band beyond 100% to that magical 110%.....

Step forward Andrew Innes (guitar), Simone Butler (bass) and Martin Duffy (keys). They played their socks off. As much as I love Mani, he will never look as good as Simone who practically purred in tight leather trousers and a beautiful blouse. Punk rock chic. Oozing sex appeal and style. 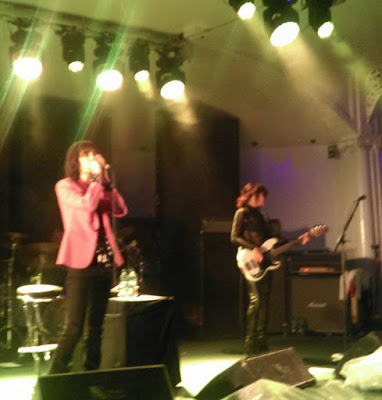 Hannah Marsden joined the band for a number of songs. She looks like, and is, a total pop star; Trippin' On Your Love was huge and Where The Lights Get In was greeted like an old friend.

Gillespie was largely seated and in pink blazer. Not many could get away with that! But his charisma shone through. Later on I wondered if the Scream were operating at 80% due to Bobby's inaction or the fact they started in daylight.

All the tricks of getting the audience to join in with It's Alright (It's OK) didn't have the same effect as usual.

Some Velvet Morning (played live for the first time), Accelerator and a gorgeous version of Damaged were all very well. But it was only when the lights went down and they played Swatstika Eyes that the band and audience truly came to life. 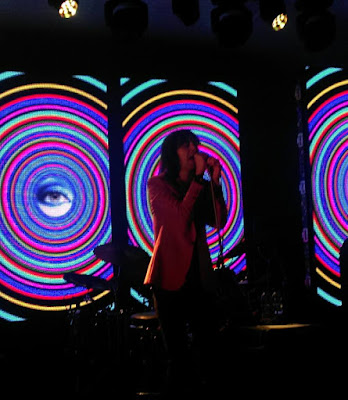 Primal Scream come to life in the dark

Not many bands have a song with the energy and venom of Swatstika Eyes in their cannon, nor a front man with the skills, taste and attitude of Bobby Gillespie who even operating at 70-80% quite frankly pisses all over the wannabe rock stars of today who have stylists and shop at Top Man.

The response to Swatstika Eyes (and possibly the painkillers) energised Gillespie to stand and lead his band and audience to one of the most fantastic conclusions to a show I have witnessed.

Loaded (naturally) turned Kelvingrove Bandstand into a rave. The double header of Country Girl and Rocks ensured that the audience went crazy. 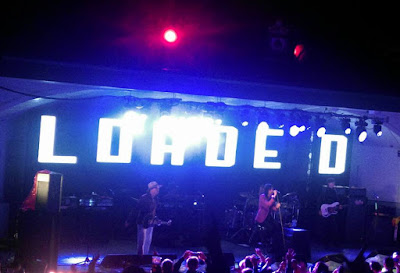 Bobby sat through Loaded! No-one else did ;-)

Well in true Scream style they kept us waiting. Returning to play the euphoric version of one of my all time favourite songs Come Together the version that they played on the Screamadelica anniversary tour.

The band stopped.....the crowd kept going...chanting the chorus over and over for a good 5-minutes to a grinning Gillespie.

OK he was far from 100% but his band, songs and hometown crowd made sure that this was a memorable night. Primal Scream never fail to deliver. We may never see Gillespie sitting down during a searing punk rock techno number like Swatstika Eyes again....of course I would rather have him bounding around the stage, but they are seasoned veterans and they delivered, sending over 2,000 people home in a state of delirium. 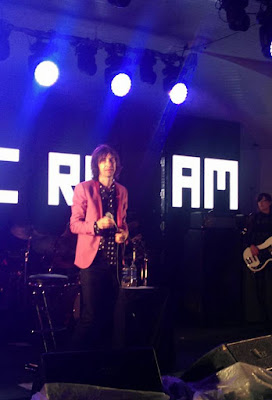