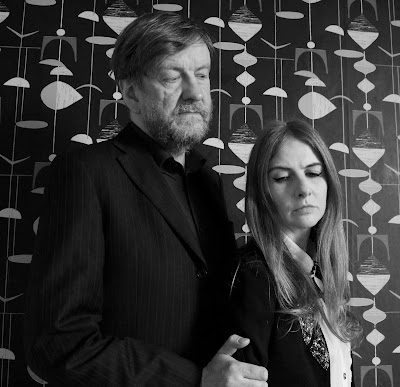 Yesterday afternoon I enjoyed a couple of hours sitting on a bench in Glasgow Green in glorious sunshine with a cheeky ice-cream, recording a special podcast in the company of Duglas T Stewart; singer, songwriter and leader of legendary Scottish band - the BMX Bandits.

It was 5-years after the release of debut single that I discovered the band in 1991. Aged 15, I was a musical sponge, soaking up all kinds of stuff. From raiding my parents record collections to discover The Beatles, The Stones, Marvin and Tammi and Jose Feliciano....and scouring the NME and Melody Maker every week, looking to discover favourite bands of my own.

A number of the bands I fell for back in 1991 were from in and around Glasgow. A couple happened to hail from Bellshill which seemed rather incredible for a young teenager in the relative Lanarkshire backwater of Carluke.

The BMX Bandits seemed to be a band that practically everyone was linked to in some shape or form. Check their family tree below! Kurt Cobain also said 'If I could be in any other band, it would be BMX Bandits.' 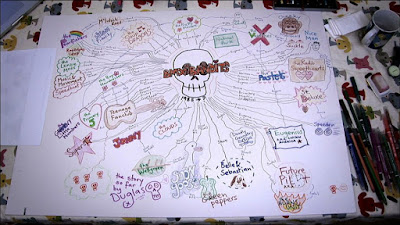 BMX Bandits subsequently turned me on to all kinds of stuff. Being friends with Duglas means that you are never far from a lost 60's classic or super cool new band from Japan appearing on your timeline. I'm very fortunate to have grown up with bands who wear their influences on their sleeves and someone like Duglas has remained a musical sponge long past his teens! His knowledge and taste is impeccable and I was absolutely delighted when he agreed to meet for a podcast where he has selected all of the songs. 6Music or Radio Scotland should sign him up for a show!

Listen in to learn about what these songs mean to Duglas and we also get a chance to talk about all things BMX Bandits - The Pretty Flowers, the Splash Club, E102, 53rd and 3rd, Creation, the 90's, My Chain, Bee Stings, BMX Bandits In Space, past and current members, future plans....

We somehow pack all of this and much, much more into 72-minutes. LISTEN HERE

1. The Morning Of Our Lives - Jonathan Richman
2. The Sweet Sounds Of Summer - The Shangri-Las
3. Lutie Lutie - Tenniscoats
4. Who Do You Think You Are? - Jigsaw
5. Like A Monkey In A Zoo - Daniel Johnston
6. I Saw The Light - Todd Rundgren
7. Someday Man - Paul Williams
8. Jean - Rod McKuen

Also - check this brilliant garage pop groove Razorblades and Honey by BMX Bandits and Anton Newcombe that Duglas mentions in the podcast. Recorded in Anton's Berlin studio during a recent trip. It is ace. Hope they record again in the future.

A serendipitous podcast as both me and the missus saw Douglas do a similar interview on Tim Burgess just a couple of weeks back at The Glasgow Poetry Club. Really enjoyed the relaxed style Murray. Some great tunes too from Douglas.

Thanks very much - must have been the ice cream :-)