I hope that you enjoyed the festive season.

To kick start my blogs this year I thought I'd make a list of 10 things that I'm looking forward to. They are roughly in date order;

Marc became a fan of the band after hearing 'Honey', the bands debut single. He ended up playing it about 10-times over a month or so and then invited them to a session live on air by saying 'if anyone from TeenCanteen is listening then we'd love to have you down for a session, get in touch.'

I'm looking forward to hearing their warm pop hooks and harmonies coming through the airwaves on a cold winters night.


2. The New Mendicants album, end of January
I caught Norman Blake and Joe Pernice at Mono last year. Their set was absolutely stunning, highlighting what fantastic songwriters they are. As well as playing Fanclub and Pernice Brother faves, they also showcased some songs from their forthcoming album as The New Mendicants.

Sadly I am working at a Burns Supper on the night they play the Arches, but I'm looking forward to the album. Norman actually let me hear a song from it on his headphones when we met on the train home from Glasgow one night!

Norman has been providing some of the soundtrack to my life since 1991 and I am thankful that he shows no sign of letting up. Check their brilliant Christmas single HERE - Fanclub-esque guitar and gorgeous Blake harmonies. 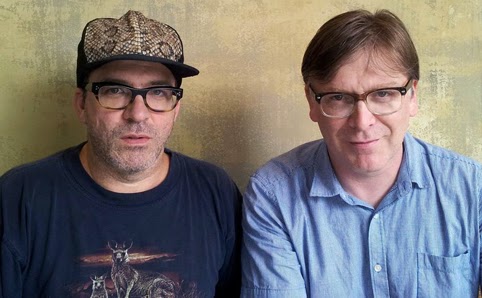 3. Bobby Womack at the Royal Concert Hall, 27th January
I always look forward to the line-up for Celtic connections being announced. There are always a few surprises. This time it was the announcement of soul legend Bobby Womack playing the Concert Hall - on my birthday!

My wife has already confirmed she has tickets and I've booked the day off work so we can relax ahead of the show.

Womack's latest album; 'The Bravest Man In The Universe', was released on XL Recordings last year. It is an absolute delight and I have recently been kicking myself for not buying it when it first came out. Damon Albarn is heavily involved in the project and his influence (along with that of XL boss Richard Russell) ensure modern beats and a sense of eclectic styles go with Womack's incredible voice.

Albarn had previously tempted him out of retirement in 2010 for a guest on Gorillaz 'Plastic Beach' album. He seems to have been taken by Womack's skills and style and this album is a dream. i can't wait. Check this amazing Jools Holland performance with Albarn on keys.


4. This Love by Vigo Thieves; February, ABC on 29th March
I've been on quite a journey with this band and i cannot wait for the next stage that will kick off with the release of the 'This Love' single at the start of February followed by a tour in March and April. The tour includes a HUGE show at the ABC in Glasgow. Having watched the band go from basements to selling out 2-nights at Tut's, packing out tents at festivals, wowing the Barrowlands and the Academy when supporting the Fratelli's and The View and then selling out the Arches last October, I cannot wait to see if they can sell out the ABC. It will be quite a statement for an unsigned band.

'This Love' is absolutely fucking massive. It will blow people away. I think Scotland and the UK is crying out for a band like this. There is far too much crap about. This is a band writing with heart and soul and shouting about it in a way that resonates with people - hence the forever increasing fan base.

Stevie Jukes and co respond to a challenge and a crowd like no other. This has all the makings of a celebration.


5. Mogwai, The Pastels and Remember Remember at the Usher Hall, 8th March
I was all set to buy tickets for Mogwai playing Glasgow during Celtic Connections when they announced that this show in Edinburgh, with not one, but two brilliant support bands. I immediately decided to go for that instead.

Mogwai's 'Rave Tapes' album is already picking up some good reviews ahead of release at the end of January. They are such an interesting band, fiercely independent and capable of majestic instrumentals that can be soft, delicate and beautiful at one moment before reaching for the skies and soaring high the next.

The Pastels appearance hopefully means that they will continue with a burst of activity generated by last years superb 'Slow Summits' album. Remember Remember are label mates with Mogwai and one of my favourite Scottish/Glasgow bands. Their leader, Graeme Ronald, is a genius when it comes to melodies and layering sounds. 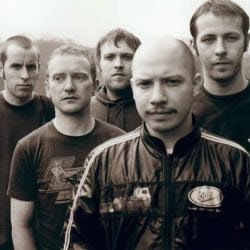 6. Velveteen Saints at Nice 'n' Sleazys, 28th March
I've blogged about this young Glasgow band a number of times. i've not seen them for a while though and i expect this Glasgow show to be an absolute riot. Velveteen Saints will be road ready after a 3-month tour with The View at the end of 2013. They will also be celebrating their debut single being released on Tim Burgess' O'Genesis Records in February

Velveteen Saints create fantastic fuzzy guitar anthems a-la JAMC and BRMC. This is going to be hot and sweaty punk rock with a pop edge. Should be a belter with Vigo Thieves to follow the next night!

7. Wickerman Festival, 25th & 26th July
I've been down to Wickerman 4-times now and I absolutely love it. It has such a lovely vibe. I love the line-ups they come up with. The first time we went down they had the Human League, Candi Staton, Idlewild and Magic Numbers - great festival bands.

I love the Solus Tent for up and coming bands, the Scooter tent for some Ska and the Silent Disco is a riot. The burning of a huge Wickrman at midnight on the Saturday is great fun. The setting is stunning and the vibe can be enjoyed by punks, ska heads, families, teens and those that should no better.

There is no guarantee that we'll be there - but Lynn and I certainly hope to get down. We have also discussed going to Loopallu in Ullapool for the first time in September. 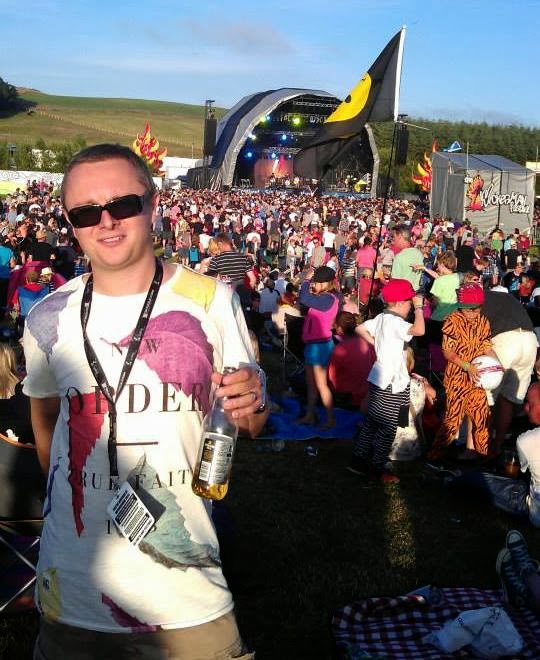 8. News about a Stone Roses album
God I love this band. I love them so much that I am really scared they let me down by producing something sub standard.

I love the fact that the Roses have only given one proper interview since they reformed - and that was the press conference to announce their resurrection.

They have already provided me with some amazing memories in Amsterdam and at Heaton Park (Glasgow Green was a let down for me). Do they have anything else to give? Or are they happy to have proven a point and sit back and count their money? An album might not come out this year, but then again look at the way Bowie, My Bloody Valentine and Beyonce have surprised everyone in the last 12-months. 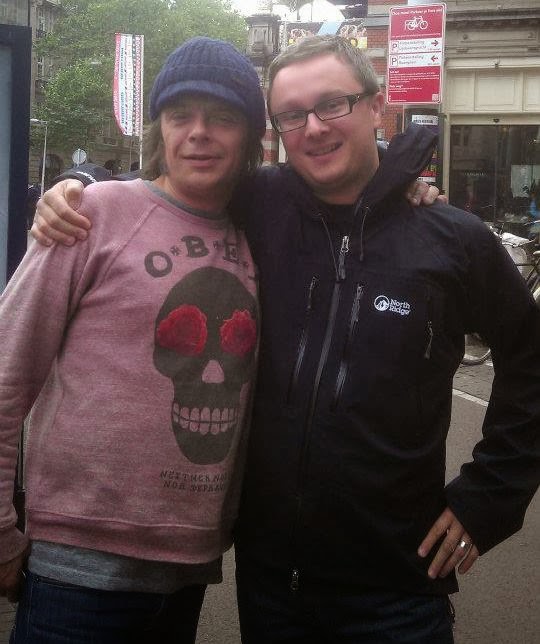 Me with Mani, the morning after the night before

9. A new Teenage Fanclub album
Having met Norman on the train home from Mogwai Plays Zidane, I know that the Fanclub have been writing and playing together. They never tend to rush an album and with Norman's New Mendicants album coming out at the end of this month I do worry that this might get shelved until 2015. Latest rumours point to a September release though….

10. A new Charlatans album/shows
The death of Jon Brookes last year hit me surprisingly hard. The Charlatans, along with the Fannies mentioned above, have been the most consistent and constant bands in my life since that magical year of 1991 when I was 15 and discovering so much good music. I really feared that the band might call it a day, Tim Burgess certainly seems busy enough with his solo projects.

But…A Charlatan I….this is a band that have come out fighting in the face of diversity more than once during their career. I can't wait to hear what they come up with. Might not come out until 2015 but I hope they play a few shows.