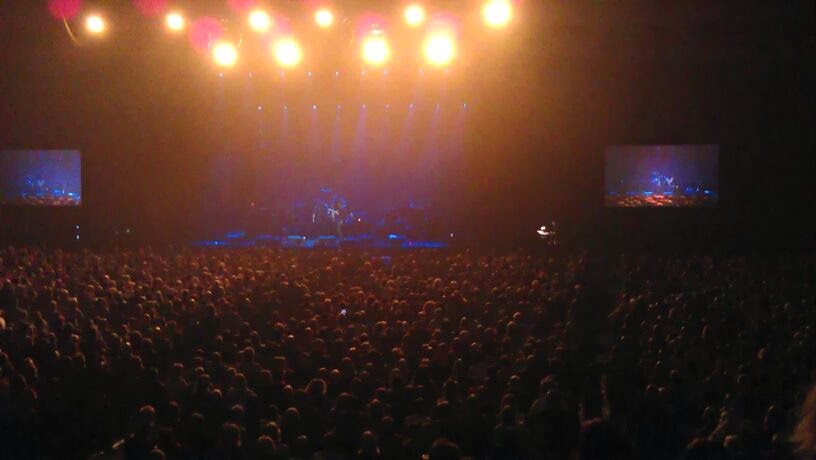 The boys were back in town last night, their home town. Del Amitri turned in a sensational performance at the Hydro in Glasgow as part of Celtic Connections. It was a tight performance that showed off impeccable harmonies, first class musicianship, an amazing run of songs and a front man with a stunning voice.

It really was a show that made a mockery of the fact that they hadn't played together for umpteen years.

The Del's kicked off in style with a sensational double punch; 'The Last To Know' swiftly followed by 'Kiss This Thing Goodbye' (my own personal favourite Del's song).

The packed crowd lapped it up. I was quite taken aback, had they used up two of their best songs too soon?

Not a chance, 'The Ones That You Love Lead You Nowhere' was all driving and duelling guitars, the band gelling, the sound was outstanding throughout.

The band were not hanging around, firing off 3-minute guitar pop/rock gems for fun. Justin Currie bounded from one side of the stage to the other during the instrumentals and joked between songs about the size of the guest list, generously thanking a good friend who had bought 7 tickets and letting them know they shouldn't have.

'Not Where It's At' was beautiful, it is always a pleasure to see a band in top form and this was certainly one of those occasions; sharing mics, smiling, exchanging knowing glances.


I don't have my finger on the pulse of my generation
I just got my hand on my heart, I know no better location 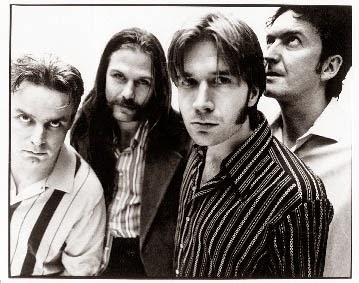 After a ferocious 'Hammering Heart' the band decided to slow things down and show off the acoustic side of the band, inviting a friend on stage to play violin on a few songs. The close harmonies during this acoustic section were gloriously warm on a January night in Glasgow.

'This Side Of The Morning' was exquisite and drew a fantastic response from an audience who were recognising and relishing a brilliant show. 'Sleep Instead of Teardrops' and 'Be My Downfall' were beautiful, Currie's voice was strong, true and soulful.

Currie's love songs were greeted like long lost friends by the crowd. 'Tell Her This' was a highlight.

'Nothing Ever Happens' was Dylan-esque in style and delivery, the crowd sang heartily, especially with the hook.


And we'll all be lonely tonight and lonely tomorrow

'Roll To Me', 'Driving With The Brakes On' and a stunning 'Spit In The Rain' (with Justin saying it is the favourite song of every Glasgow Taxi driver) continued a blinding run of songs. The bond between band and audience strengthening all the time.

A ferocious Ramones-esque 'Being Drunk In A Band' rounded things off before the inevitable encore.

We got a further 4-songs; 'In The Meantime', 'Here And Now', the disco funk of 'Just Before You Leave' and a blissful 'Move Away Jimmy Blue' sent the audience home in a good mood.

It was a glorious show, surely the reunion will continue with festivals and further show….