Drop Out by East Village

Back in Autumn I was flicking through the latest edition of Uncut Magazine and a 10/10 review caught my eye. It was for a re-issue of an album called Drop Out by a band called East Village.

"A perfect, breathless run of pop genius. 'Drop Out's is the lost classic of its era.'
Uncut Magazine, 10/10

I made a mental note to check if Monorail had it in, only my mental notes are not as reliable as they once were and I stumbled into the record store and asked about a re-issue out on Heavenly Records but couldn't remember the album title or the band!

Thankfully if Stephen Pastel (who just so happens to work in Monorail) was ever to go on Mastermind, his specialist subject may very well be the history of indie guitar pop/rock and he guessed (correctly) that it was East Village. Stephen knew the members and was able to give me a brief history of the band - they split on stage, just as they were on the verge. Interestingly Martin Kelly went on to run Heavenly with Jeff Barrett. 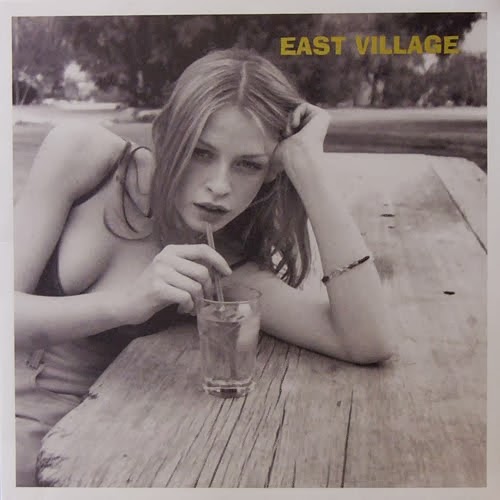 Drop Out is indie guitar pop in its purest form. The four piece of Martin Kelly, Paul Kelly, Johnny Wood and Spencer Smith rely on guitars, keys, bass, drums, melodies and harmonies rather than any effects. It is warm and pure and makes me want to play electric guitar.

Silver Train opens proceedings, a warm hammond underpins the west coast guitars and harmonies. I was drawn in immediately.

Shipwrecked is even better, all chiming guitars with a sense of urgency around them. Byrds-esque is a phrase that comes to mind. At 2 minutes and 33 seconds, this is a song you'll want to play again and again as once is never enough.

Here It Comes is just beautiful, the chorus is so uplifting and warm, this is like a ray of sunshine.


The warmth continues throughout the album, even for the track with the title Freeze Out. The guitars are turned up nice and loud in the mix. Stunning.


I'll get away from the shadows
I can't live here

At just over 5-minutes long, Circles is double the length of some of the other pop gems on Drop Out. A length intro highlights a band with confidence in their sound and groove.


It's cold outside, it's always cold
I hide inside, I always hide

it's an ordinary day, but I want to be alone with you 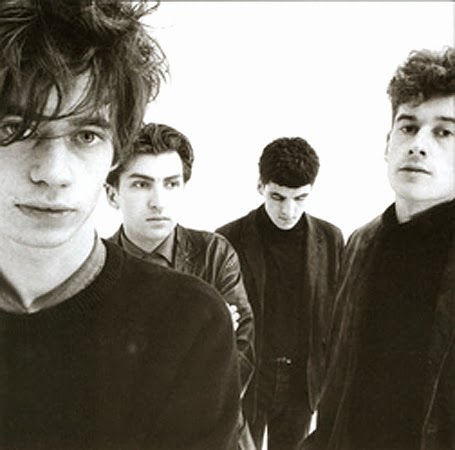 When I Wake Tomorrow is vibrant guitar pop. I love the sound of the guitars on this record. I just think that the band are having fun playing this music. So good.

The band return to several themes throughout the album; waking, the rain, sunshine, leaving, shining. Words and imagery that everyone can identify with, so simple, so effective. The best pop music always is.

Way Back Home slows things down, there is another long intro before Kelly reminisces about a classic summer romance.


I was thinking of that summer
You seem so different now

What Kind of Friend is melancholic with glorious harmonies and a gorgeous wee riff playing over the acoustic guitars on the outro that could go on forever.

Kelly's lyrics question himself and the person he is in love with at the particular time of writing. Black Autumn is more Byrds-esque pop but with a slightly darker edge to it.


Somestimes I wonder about liberty
It's never there, there is only me
And i can't see you anymore

The guitars are there, lead beautifully played off against the rhythm, sounding warm and pure. 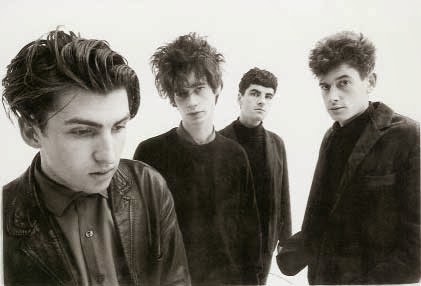 The album closes with Everybody Knows featuring guest vocals by Deborah Wykes who was in the Dolly Mixtures. The vocals are stunning, the song is different from the rest of the album; almost mature (for want of a better expression) in style and structure in comparison to the pure guitar pop throughout the rest of the album.

Let me live one moment again

Drop Out is a fantastic album, one that I will return to again and again. I'm certainly going to try and track down more by East Village. Original vinyl singles and EP's are extremely rare and collectable and  I hope that he success of this reissue might prompt a compilation of their earlier material.

You should check out their other album - its even better IMO! Drop Out was their first album proper though, as its predecessor was more a collection of early recordings.

i definitely intend to track down all their material if possible

Trying to find out more about the cover photo. Can anyone tell the photographer or who the girl is?

The photograph was originally taken for katharine Hamnett ( a Denim campaign) by Jurgen Teller.