It is now two days after the Stone Roses 3rd and final show at Heaton Park and I am still piecing together the various fragments of my mind after it was completely blown apart. The Roses nailed it…and then some, it was an exceptional performance.
I travelled down to Manchester by train on the Saturday with good friends Derek and Phil. Phil is my lucky mascot, he got me a ticket for the European Cup Final in Barcelona in 1999 and came up with the goods again for the Roses. The train journey went pretty smoothly, helped by a few beers and chat about music and football. We went for a couple in the Northern in the excellent Northern Quarter area near Manchester City Centre and then met up with my brothers friends Alan and Gareth. My brother was to have a full house for the weekend.
My brother Ross has actually seen the Roses back in 1994, travelling down to Sheffield Arena, he also went to Heaton Park on the Friday with friends and described the event and the atmosphere as incredible.
A quick tram out to Sale and then a taxi and we arrived at my brothers to crack open some more beers and get some tunes on. Neil and John were still there from Friday night, Neil would end up staying on the Saturday to continue partying and John ended up staying to the Monday and getting a ticket for Sunday night as well. My brothers place was turned into a B&B for the weekend!
On to the main event though… 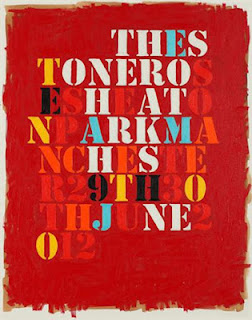 After a later night than expected, Sunday morning into early afternoon was pretty chilled before the beers were cracked open and the tunes went on; some excellent mixes by GregWilson and A Skillz. Taxis were booked for 5.30pm, we couldn’t be bothered going into and out of Manchester City Centre as reports from Friday consisted of horrendous queues for buses/trams.
The sun was shining as we arrived, the smiles on our faces got wider with every step as we entered the park which was vast and beautiful. Reports of bar queues over an hour long from Friday night (eventually leading to one bar being over-turned) seemed to have been sorted as Phil’s mate Cheese met us with loads of beer saying he had only queued for 10-minutes. The Wailers provided the perfect mellow soundtrack to the early evening sunshine as we got into the mood. Plan B was pretty sh*t in my opinion, not that any of us cared as we were only there for one band, support was irrelevant.
A line check interrupted the music being played over the PA before it was cranked up and before we knew it The Supremes ‘Stoned Love’ was blaring out and then the Roses took to the stage for a rapturous reception. I’d been to see them at Amsterdam a couple of weeks previously and I could barely believe my eyes and ears, finally getting to see and hear them in the flesh and up close at that. Now, along with the rest of the crowd, I was ready to party and celebrate the exceptional music this band has created.
The bass from Adored kicked in, Reni came in with some high-hat action and then John’s soaring guitar riff took it to another level, the crowd sang along to bass and guitar, it was quite something! Brown patrolled the stage and the closing crescendo ‘I wanna, I wanna, I wanna be adored, I wanna, I wanna, I gotta be adored’ sounded brilliant. 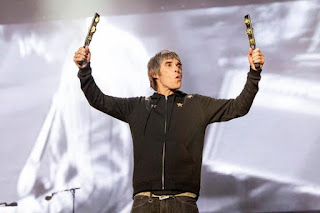 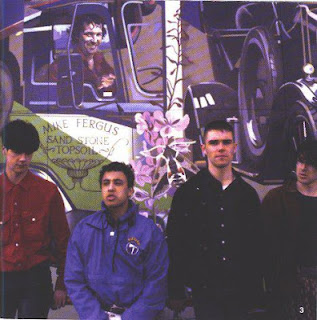 19.05.1985: The Stone Roses live at Lilla Marquee, Stockholm, in Sweden.
Mersey Paradise sprung into action, that crystal clear guitar riff sounded better than ever, pure pop perfection with Brown’s bubblegum-esque ‘Oh Yeah’ before the final chorus belted out by 70,000 people getting lost in music. Brown barely spoke throughout the gig but he did say ‘Brothers and sisters, brothers and sisters, if you see someone go down please pick them up’, recognising the mayhem being created at the front of the stage. 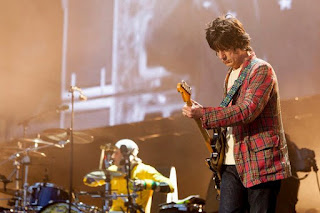 (Song For My) Sugar Spun Sister slowed things down a bit before ‘Sally Cinnamon’ continued where ‘Mersey Paradise’ had left off with the band jamming on at the end 12-inch style. The run of Where Angels Play, Shoot You Down and Bye Bye Badman was glorious, really highlighting the beautiful chemistry between Mani, Reni and Squire, their playing was exquisite throughout, gentle tones, fluid grooves, all sprinkled with some magic from Squire’s guitar. 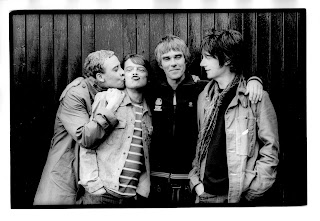 Ten Storey Love Song was incredible, it didn’t quite bring tears to my eyes as it did in Amsterdam, but I was hugging mates and punching the sky, euphoric. Standing Here was gorgeous, the closing section just highlighting what a special band this was. I can’t remember what song it was after, but at one point Brown said something like ‘they can really play these lads.’ I had to agree with Ian and turned to my mate Phil to comment on the gentle grooves being coaxed out of the bass and guitar, Reni all over his kit but with purpose, it was glorious.
I should be safe forever, in your arms
I should be safe forever, in your arms 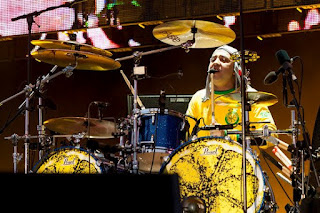 Fools Gold was off the scale, an absolute revelation, starting with a loose jam before breaking into the funk riff that showed off Mani and Reni’s talents to their full. It was extended in epic fashion, the tightness of the rhythm section allowing Squire to let rip with his full arsenal of effects, riffs and tricks on guitar. It was mind blowing, pure ecstasy. A psych funk attack. Something’s Burning was looser, acid jazz from the planet Mars, really trippy but still with some funk vibes in there. 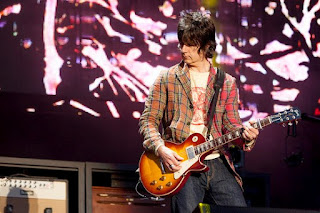 The closing run of songs took everyone off on a trip that they didn’t want to end (see setlist below) starting with Waterfall with the band jamming on at the end, eventually arriving at Don’t Stop and I couldn’t help thinking when the hook was sung ‘please don’t stop’.
Don’t stop, isn’t it funny how you shine 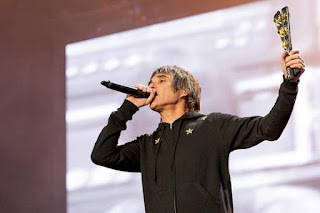 Love Spreads sounded a lot more free flowing than it did in Amsterdam and Brown repeated his rap from the 'dam as the band jammed on at the end. Made of Stone received one of the best receptions of the night and the chorus was sung louder than any other, Brown’s vocals were particularly good, backed by 70,000 singers. Quintessential Roses.
This Is The One was my personal highlight from Amsterdam and it blew me away again on the Sunday at Heaton Park. Going from quiet to loud but with a style and grace that other bands can only dream about.
This is the one, this is the one, she’s waiting for
The band roared through She Bangs The Drums in double quick time, the band coming together to peak for 3-minutes of pure pop. Smiles all round in the audience and on stage, this really was a total celebration and the Roses had pulled it off big time. The camera cut to Mani at one point and he looked pretty f**ked (causing some people around me to burst out laughing) and gloriously so, enjoying himself as much as the crowd. At one point he turned his bass round to reveal Man United, met with noticeably more cheers than boos. 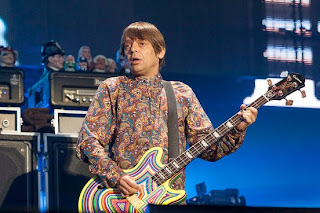 Elizabeth My Dear was short and bittersweet, Brown clearly voicing his opposition to the throne in his introduction and then in verse before the pounding drums of I Am The Resurrection were joined by bass and guitar, the trio locked in a groove before Brown came in to lead his congregation through verse after blissful verse before a truly euphoric chorus. People around me were pogo-ing, jumping, dancing, singing, crying, laughing, grinning, smiling, hugging and generally having one of the best nights of their life, many experiencing a night they hadn’t even dared to dream would happen.
The band embraced on stage like many were in the audience, pats on the back, a group hug, saluting the crowd to huge cheers. Brown was the last to leave, acknowledging the crowd, knowing his band had smashed it in absolutely epic fashion as fireworks exploded over our heads to the soundtrack of Marley's 'Redemption Song'.
The resurrection of the Roses has brought people together, old friends, families, fans of the band. In troubled times it is good (and rare) to have someone or something to truly believe in, something to look forward to, to dream about. Who knows what the future holds for the Roses, they have a new record deal, there are hushed whispers of psychedelic pop demos and on the basis of their performances and ticket sales so far, every promoter in town is going to want to put them on. Incidentally Michael and Emily Eavis were down to see them, they are surely a shoe-in for Glastonbury next year.
For now, I am going to bask in the glory of having seen my favourite band of all-time twice in a matter of weeks. Who knows what will happen once this tour ends, you can imagine that party hardened and Primal Scream tour veteran Mani will want to keep it going, Reni hasn't toured for a couple of decades bar the odd gig with his band The Rub, quite what he makes of it will be very interesting indeed and have Squire and Brown patched up for good?
Who knows, who cares, live for the moment, enjoy it while it lasts.
Posted by everythingflows at 12:29