I usually start the new year with a blog focusing on things I'm looking forward to in the year ahead; gigs, festivals, albums, the development of younger bands I've fallen for ...

Who knows what is going to happen this year, lets just hope it is a lot brighter and positive than 2020. It has to be ... right?

I was delighted when Tim Burgess and The Pastels announced a #timstwitterlisteningparty for Two Sunsets, the 2009 album made in collaboration with Tenniscoats. It's just so chilled, beautiful and dreamy. Just what I need right now to switch off from the news and these crazy and worrying times we live in.

So for my first blog I thought I would tweet along and use some tweets from the band. If you missed the listening party then I hope you might find the album through this blog, it's a beauty and it might just help you in the months ahead.

All the photos were tweeted by Katrina from The Pastels. 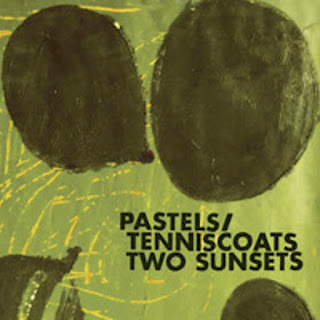 The title track is sung beautifully in Japanese, everything sounds so pure, possibly/probably improvised, all the more gorgeous and special for it. The last ninety seconds or so are just blissful, described by Katrina as the kind of song you could jam forever.

Stephen - Two Sunsets was a song that Tenniscoats brought to the first session. We recorded it with our friend @balcooke and in a way it established this really naturalistic way of working. Most of it is just us playing together in a room at La Chunky (a small studio in Glasgow).

Song For A Friend has a gorgeous feel to it, a duet between Saya and Stephen, there is so much love and care in this song. 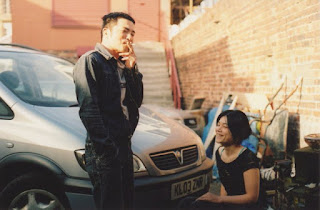 In November 2019 I wrote a blog on 10 of my favourite songs by The Pastels and Vivid Youth features. Gloriously mellow and gorgeous, just so beautiful, sublime and in the moment. Katrina's voice is so gentle and pure.
Yomigaeru has a playful Japanese vocal melody over lush backing vocals, described by Stephen as like a magical Japanese 1960's film.
Modesty Piece is a short 90-second instrumental with a hummed vocal melody, all kinds of dreamy gorgeousness
About You is a Jesus & Mary Chain song from their classic Darklands album. This is a stunning cover, so beautiful, true to the original but different - if that makes sense!
Stephen - it's sometimes hard to make a cover of a song you love so much but I think we managed to take it somewhere else while keeping the essence. The words are heartbreaking. Jim told us he was into it which meant a lot.
There's something warm about the rain 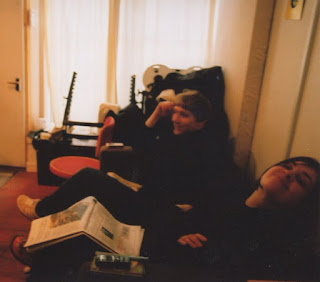 Boats is a gloriously lazy melodic song, sung by Katrina, Hikoki is another brilliant example of Tenniscoats and The Pastels seemingly conjuring melodies from thin air.
Katrina on Sodane - Maybe the most pop song on the record, handclaps and Ueno's exuberant riff, so good. I think I wanted to do the descending ba ba ba all the way through but luckily Saya put her foot down.
Stephen - I love Sodane. Ueno had such a great pop hook for it but Saya thought it should be used very sparingly :)
Mou Mou Rainbow lasts almost 7-minutes and within 20-seconds we're lured into a gentle wave of melody that lovingly washes over the listener.
Stephen - Mou Mou Rainbow was one of the first songs we heard by Tenniscoats. We asked them if we could re-record it for Two Sunsets. Nice slow psychedelic vibe. 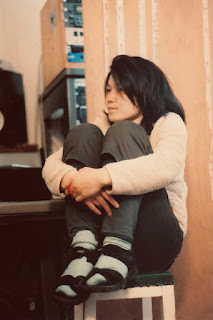 This beautiful album closes with Start Slowly So We Sound Like A Loch, a beautiful title for a beautiful poetic dreamy song.
Katrina - Overheard this phrase at a project ability film launch at the GFT and saved it in my heart.
If you enjoy this blog and check the album out, you can also buy a copy from Monorail and Stephen might even sign it for you. BUY HERE 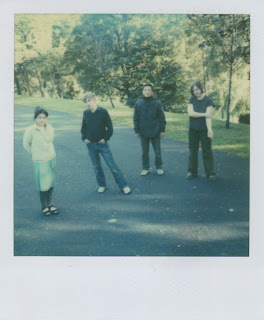