In my 5th January blog on things I'm looking forward to in the Scottish Music Scene in 2021, I mentioned the FRETS Creative nights in Strathaven, run by Douglas MacIntyre.

In another world, next month I'd be heading along to Strathaven Hotel to catch 3 musical heroes; Tim Burgess, Norman Blake & Duglas T Stewart playing an intimate seated show. The gig has now been rescheduled to October. Surely we'll be in a position where gigs can go ahead then?

Or will we? Now more than ever we live in an ever changing world, dealing with a pandemic that is mutating and new variants seem to spread more easily.

Marcus Rashford is showing them up on a daily/weekly basis. I admire his non-political stance, he simply focuses on a problem and works to solutions. How I wish politics could be banished to have intelligent and empathetic people, blessed with common sense in charge of sorting the country out.

I hope that Scotland's size works in our favour, that we can get the virus back under control and role out the vaccine. We should be maximising our testing capacity as well. 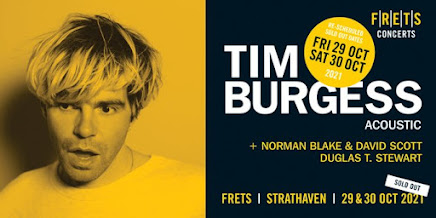 Lets say thanks to Douglas MacIntyre who runs FRETS Creative and FRETS Concerts. Without people like Douglas, someone bursting with ideas and the skills to bring them to life, life would be a lot duller.

After all, attracting artists of the calibre mentioned above (plus more mentioned below) to Strathaven (lovely as it is) can't be that easy. It's not even that easy to get to!

But that is part of Strathaven's charm. It's a beautiful old village with cobbled streets, a stunning park, cool cafes and independent shops (when restrictions allow), set in the beautiful Lanarkshire countryside. Only 15/20 minutes from Hamilton, 35 minutes from Glasgow, but feeling much further, perhaps due to the lack of a train station, probably just because it is so wonderfully detached, whereas much of Glasgow and Lanarkshire merge into each other.

I decided to ping Douglas a few questions to learn more about FRETS, the challenges he is facing in the current climate and his plans for the future. I'd like to thank him for his answers and wish him and the FRETS team all the very best for the future. I sincerely hope to be making regular trips to Strathaven in the not too distant future. Maybe see you there?

Read on for the interview; 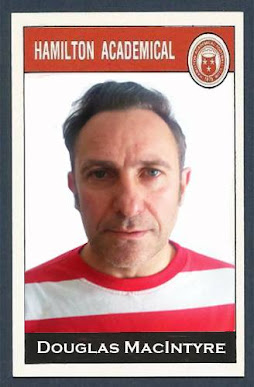 I decided to start FRETS as an umbrella organisation to provide an arts outlet for South Lanarkshire. I started doing the FRETS Concerts on 4th October 2019 with Lloyd Cole being the first acoustic show. Lloyd was embarking on a world tour, accompanied with Neil Clark from the Commotions on guitar, it tickled me that Lloyd’s world tour started in Strathaven!

I also set up premises in Strathaven, FRETS Creative, along with local photographer Les Hoggan. FRETS Creative is a space for arts organisations to utilise, and a local organisation, Creative Strathaven, have set up a retail and arts workshop in the space, which has being going great. We also have a creative writing outlet, FRETS Words, which is run by my wife Katy Lironi, who was also singer with Fizzbombs / The Secret Goldfish.

2.  How important is Strathaven as a base and location?

I was brought up in the Strathaven area, I lived in a nearby village (Glassford) until I was 20 before I moved to Glasgow in 1983. I returned to live in the Strathaven area with my family in 2002, sometimes it takes leaving somewhere to appreciate it. Strathaven does have an interesting music history, with Harry Lauder living in the village, through to Orange Juice recording the first Postcard single, Falling and Laughing, in Strathaven at Emblem Sound studio. I recorded my first single in Emblem Sound when I was 18, my group was called Article 58, our single was produced by Postcard’s Alan Horne and Malcolm Ross and released on Josef K manager Allan Campbell’s label, Rational Records.

3.      How supportive has the community been to your ideas?

The community in Strathaven has been extremely supportive of all the strands of FRETS, which is something we are hoping to build on. We intend setting up some workshops to engage younger people in Strathaven in the arts, that is one of our primary aims for the future.

The Strathaven Hotel is a stunning venue. Were they surprised at how well your shows performed in terms of ticket sales?

The Strathaven Hotel is a fantastic venue with a great atmosphere, it is perfect for our seated acoustic concerts. When I met the owner for the first time to explain the FRETS Concerts concept, I’m not sure he totally bought into my vision!! However, after the first concert with Lloyd Cole selling out so quickly, he totally got was I was trying to do with FRETS Concerts and has been incredibly accommodating and supportive. 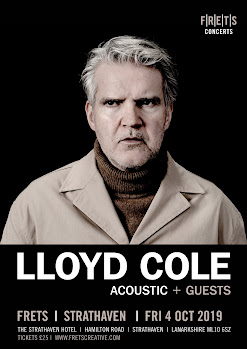 5.      What was the most challenging thing you experienced while trying to get up and running?

In the run up to the first concert with Lloyd Cole, it was really a learning experience for me. In recent years I’ve been in groups like The Nectarine No9, Sexual Objects, The Secret Goldfish, and my own project, Port Sulphur, so I’ve had an understanding how concerts work from an artist’s perspective. However being a promoter is a completely different discipline, and whilst I felt comfortable coming up with the vision and aesthetic of FRETS Concerts, I quickly realised I needed experienced people around me to make the shows work. Wesley Cameron came on board as production manager with David Henderson dealing with sound, both of whom are really amazing to work with.

We’ve only been able to do shows with Lloyd Cole, James Grant, Norman Blake and Euros Childs so far, all have been sold out. It has been fantastic working with each of them, the concerts have been great. The initial ethos and idea of FRETS Concerts was based on the early 1970s BBC2 In Concert television shows, especially Neil Young. I guess Norman and Euros was a bit special, Katy and I got married to Norman’s version of Only With You whilst our eldest son Dugald was born at home while Gorky’s albums played on a loop. 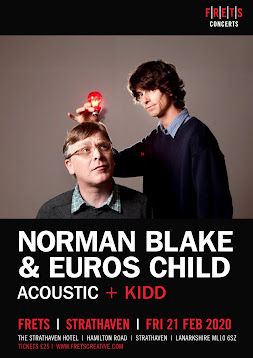 How frustrating has life been for you as a promoter over the last year? You had some incredible shows lined up?

It has been incredibly frustrating as a promoter over the past year, starting when we had to postpone The Bluebells in March 2020 days before the concert. FRETS Concerts only promotes monthly at the moment, so I can only imagine how difficult it must have been for bigger promoters.

And how difficult is it to plan future shows?

It has been incredibly difficult to plan future shows, it’s like a giant jigsaw puzzle involving artists, managers, agents, and venue availability. I take the view it is important to remain positive and optimistic, live music will return at some point and I think we’ll all appreciate it all the more when it does.

9.      When do you think live shows will be back and what artists have you pencilled in?

We have some great shows lined up at FRETS; Tim Burgess, Norman Blake & David Scott, Duglas T.Stewart, The Bluebells, The Skinner Songbook, JJ Gilmour, Roddy Woomble, King Creosote, Robyn Hitchcock, Robert Forster, Grant-Lee Phillips, with others in the pipeline. The best way to find out about future acoustic FRETS concerts at the Strathaven Hotel is to go to www.fretscreative.com and scroll down until you come to the BLOG subscription - just leave your email address there and you’ll hear first about future FRETS concerts. We also have the following social media pages

Lastly, if you could book any artist for a FRETS show, who would you book and why?

It would have to be Neil Young performing two acoustic sets of my favourite albums, first Everybody Knows This Is Nowhere followed by On The Beach, both in their entirety. Other than that impossible dream, further pipe dreams would include acoustic concerts by Bill Callahan, Bobbie Gentry, Jonathan Richman, Al Green, John Cale, Edwyn Collins & Roddy Frame,… that kinda thing !!