During this crazy year, where there have been no gigs since March, music fans have had way more time than usual to go back through their record collection and to add to it by discovering new music.

Tim Burgess has helped shine a light on the art of the album, with over 500 listening parties to date! And over the last few nights he has held parties for all of the shortlisted albums for the 2020 Scottish Album of the Year Award, with the winner set to be announced tonight (Thursday 29/10).

With everything going on in the world, I think the SAY Award 2020 is the most important year for the award yet. It really does give us all a night to reflect on our creative and talented nation and appreciate the music, the art, the nights out and the friendships that often come through a shared love of music.

It's worth taking a moment to think of the artists, bands and labels across Scotland who are still getting music out into the world during current restrictions. Those that are still creating - thank you.

And my thoughts go out to venues, staff, promoters, sound engineers and all the crews that help to put on incredible events throughout Scotland; from stadium shows and festivals, through to modern venues like the Hydro and all the incredible small venues across the land. Your work alongside bands and artists brings so much joy to so many people and I can't wait to get out to gigs again. Imagine the atmosphere at those first shows where we can go wild!

I can't begin to imagine how difficult things are for you, take care. 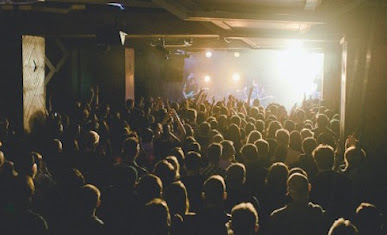 Over 300 albums were nominated for the award and the 10 remaining have a chance to win an incredible £20,000!

That kind of money can make a huge difference to bands and artists; established or new. And speaking of new, I should highlight that eight debut albums make up the shortlist this year!

The 10 shortlisted albums in the running are;

Personally, I've really fallen for the Erland Cooper album and bought it on vinyl at the weekend. It's a truly beautiful and emotive album. And I'm also very fond of the Callum Easter album and wish I had followed up on recommendations from people to check it out much earlier than I did. It's got a real charm and warm feel to it and I love the variety throughout.

The eponymous debut album by Cloth has won many fans and their #timstwitterlisteningparty last night was very enjoyable and insightful. I think it might be the favourite to win.

I've enjoyed attending a number of SAY Award ceremonies over the years. This time people from all over the world can attend! Simply subscribe to The SAY Award YouTube channel.

Read on for a little bit about the shortlisted albums for 2020.

Good luck to all and well done for making the shortlist.