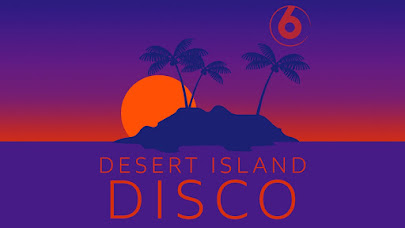 Back on 25th August I decided to submit a selection of tunes for the Desert Island Disco section on Lauren Laverne's brilliant BBC6 Music show.

I'd kind of forgotten about it and then just over a month later I had an email from Lauren's team to say they loved the choices and would I like to be the guest on 16th October?

YES was the very quick answer and I was doubly delighted because it would be my daughter Rosie's 6th birthday.

I always think music sounds better on the radio. Do they sprinkle some kind of magical BBC dust into the equipment?

From the 16 tunes I submitted (maybe a little overboard, but hey, I got excited), Lauren and her team had to narrow it down for around a 20-minute mix. Lauren's producer very kindly told me on the phone that they hoped to squeeze in an extra track ... and so the 9.30am news was a little late!

They chose; Going Back To My Roots by Ritchie Havens, Northern Piano - Ultraworld, Controversy - Prince, Jumpin' Jack Flash by Anada Shankar and I Wanna Dance With Somebody by Whitney Houston.

Thanks to Lauren and her team for their lovely words about the mix - one of the best ever! And they said they loved the choices so much they would play another couple later in the show - the Chemicals and Frankie Wilson!

And thanks to everyone who listened and sent tweets and messages. Really appreciate your feeback.

You can listen back to the show HERE and you'll find my full list of songs I submitted with some blurb below. (I'm on at 1 hour 38 minutes)

As mentioned on the show, it was emotional thinking back to nights out in bars,in clubs and at gigs in various venues across Glasgow. Oh how I long to get out in town to listen to music with friends and I have a real urge to dance a night away!

You can listen to the full list without the magical BBC dust via a Spotify Playlist HERE or search for Everything Flows Desert Island Disco.

2. I Believe In Miracles (extended version) - The Jackson Sisters

3. Going Back To My Roots - Ritchie Havens

4. Get Up Offa That Thing - James Brown

6. If Everybody Looked The Same - Groove Armada

12. Together In Electric Dreams - The Human League

13. I Wanna Dance With Somebody - Whitney Houston

15. Don't Leave Me This Way - Harold Melvin & The Blue Notes

IN THE BAG - JUST IN CASE

16. Nothing But A Heartache - The Flirtations

With this Desert Island Disco, I like to think that the eclectic taste enjoyed and promoted by many of the club nights I used to go to in Glasgow comes across in this selection of tunes. Nights like Melting Pot are (pre COVID) still going strong. I love pre-club / post-gig nights in bars like The Variety and McChuills. It was very much a case of anything goes and everything flows. In Glasgow, that always tends to be the case. 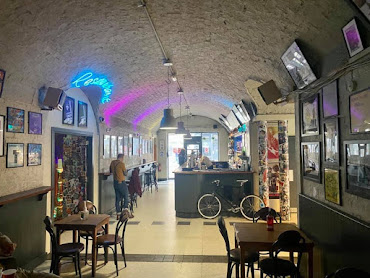 Occasionally some friends and I would book a function room in a bar and play tunes that ranged from 60's beat, Motown, Northern Soul and indie, through to disco, electro and euphoric pop. We'd book downstairs in O'Henry's (now the Yes bar), McPhabbs or Blackfriars in the Merchant City. Once in the brilliant The Old Hairdressers which has such a cool New York loft art vibe going on.

And any excuse to DJ at a friends birthday or before/after a band I knew was playing was always welcome.

A good night for me is a DJ playing tunes that either gets people dancing or coming up to the decks to ask about the song and artist - ideally  both! It's good to play tunes people know and can sing-a-long to, but also great to introduce people to new music that they immediately get into.

I'll never forget being in a bar in Ibiza in 2001 as dawn was approaching and the DJ played Time Of My Life from Dirty Dancing - a brave choice, totally uncool, so totally cool, just perfect timing, everyone embraced it and sang with their arms in the air or around their friends.

So my selection of tunes is based on the motto anything goes and everything flows. Choosing the songs has made me realise how much I'm missing Glasgow pubs and gigs. My clubbing days are largely behind me but I cannot wait to get out for a night of dancing. In fact, I am going to put on a night to play tunes and dance with friends as soon as we are allowed!

We start off with an all-time favourite beginning with the declaration to Come Together - we know that music is music.

We then kick on with a soul/funk/disco vibe; the euphoric I Believe In Miracles, going into the stunning Ritchie Havens cover of Going Back To My Roots - the house style piano always gets me going, James Brown does his thing and I always remember my friend Stephen Watt dancing like crazy to this in Nice n Sleazy when I played it after a TeenCanteen show.

Moving on to the insane Controversy by Prince - the first time I heard it I thought the DJ was mixing - no, it's just the insane Prince production and ear for a tune that he had!

I've enjoyed some incredible shows by Groove Armada in Glasgow over the years and If Everybody Looked The Same reminds me of dancing on tables and chairs in McChuills after a show at the Barrowland.

The Ultraworld tune tips a nod to Optimo, while Underworld just take you on a journey and I'm reminded of one of the sweatiest nights ever at the Barrowland. We then alter for a blast of northern soul from Frankie Wilson that everyone can sing and clap along to, whether you've heard it before or not. A number of years ago Russ Winstanley from the Wigan Casino played a DJ set at Barraloadasoul at the world famous Glasgow Barrowland and to see one thousand people busting moves and punching the air to the refrain was magical.

Lets head for the Stars with Mr Fingers, before blissful electronically Swoon-ing to the Chemical Brothers, before ending with a double header of vocal pop heaven with The Human League and Whitney Houston.

If there is time, we blast back in with an outrageous cover of Jumpin' Jack Flash, before the incredible Don't Leave Me This Way, another song that people can sing-a-long to, keeping up high with the chorus, but just easing it down gently and warmly at the end of the night.

And it's always good to have one in the bag, just in case there is dust on one of the records, or you get extra time, the stomping Nothing But A Heartache by The Flirtations that absolutely blew me away the first time I heard it at a northern soul night in Blackfriars basement back in 2001.

So there you go. Psychedelia, funk, soul, electronic bliss and pure pop perfection. 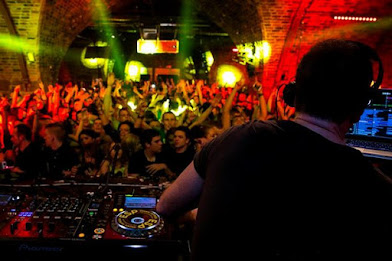