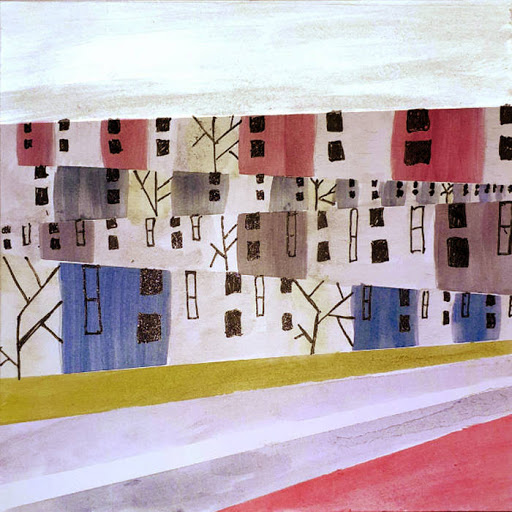 Allow me to introduce you to Wor_kspace, the electronic musical adventure of Glasgow based musician and producer, Finlay Macdonald.

Weekend is the debut single. Bubbling synths, melodic and melancholic vocals, playful keyboard stabs and riffs, and old beats, make this a warm, welcoming and immediately enjoyable release. I look forward to hearing much more. With a his Analogue Mountain, tape based, home studio, there is every chance we could be hearing quite a bit over the next year or so.

The cover art (above) is inspired by houses in the Eastfield district of Cumbernauld, a new town in Scotland where the film 'Gregory's Girl' was filmed and set.

Check Weekend on Bandcamp and the video below, followed by a short interview with Finlay to learn more about Wor_kspace.

1. What prompted your electronic musical adventures?

I've made electronic music on and off for years. Music and Movement in 2005 was the most accomplished project of that kind and I wanted to return to that. I realised Lenzie Moss was too much another kind of thing to be able to release my recent ideas under that name so I decided to start a totally different project.

Is it easier to write / create electronic music? Are there less restrictions / structures?

Yes. Especially with the wealth of instruments and sampling capability at your disposal. Also, you get to 'play god' a lot more with your music so you can have a crazy idea, experiment and just do it without having to persuade someone else to like it and get involved. If you don't have the kind of personality that's good at getting into conflicts and telling people what to do, which I don't, it's a lot easier. Having said that, there ended up being a bit of collaboration as my brother, Al played the bass in the end.

What next? Do you have / plan an album?

I have a bunch of singles and since this is new, I plan to just do singles and not be tied to the album format for the forseeable. The trouble with albums is they take so long to make. I've been working on the 2nd Lenzie Moss album for nearly 10 years and it's still not finished!

What are you listening to this week? 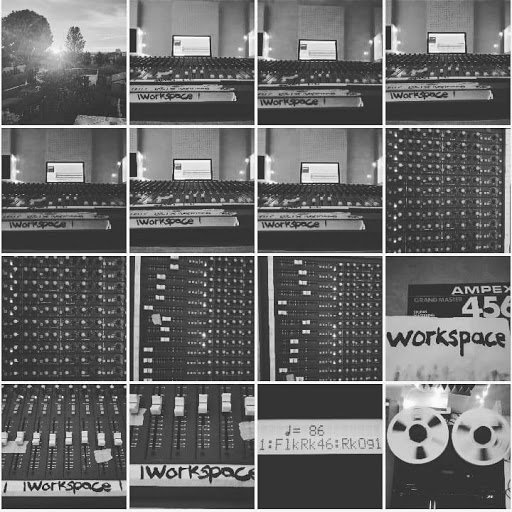