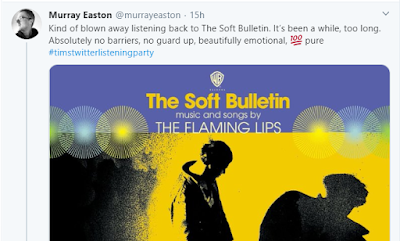 On Wednesday night, 8th April, I poured myself a large glass of red wine and went to bed with my headphones on to listen to The Flaming Lips The Soft Bulletin which was a feature album for Tim Burgess twitter listening party that night.

The Soft Bulletin is an album I've owned and loved for a long time. Yet it must have been years since I listened to it from start to finish.

Revisiting, the album blew me away, it had been a while, too long. The Soft Bulletin is an album with absolutely no barriers, no guard up, beautifully emotional and 100% pure.

Flowing superbly, lyrics took on greater meaning given the times we are living in. It was emotional. Tears filled my eyes on a few occasions.

The euphoric opener The Race For The Prize talks of scientists racing for the good of all man-kind, reminding us that they're just humans, with wives and children 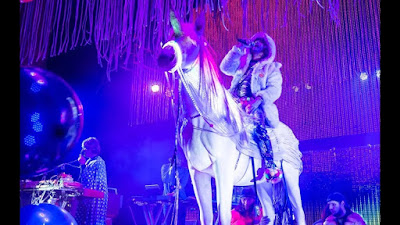 Songs are sung from the bottom of Wayne Coyne's heart, emotion floods out, this is 100% real, 100% surreal at times, but the lyrics hit the mark all the time. Even when Wayne is singing about bugs, it seems to mean something in a super catchy psychedelic pop kind of way.

Coyne's vocals are strained, soulful and pure. The arrangements, production and imagination in the songs is utterly sublime.

The sound they made was love

Suddenly everything has changed

Life without death is just impossible

Waitin' For A Superman is probably my favourite Flaming Lips song; emotion, imagery, melody ... it's a psychedelic power ballad that moves me to tears.

The Flaming Lips are life affirming; on record and live. I really hope that they will return to Glasgow once we get through all this. Their August 2017 show at the Barrowland was just insane - an utter celebration that had Wayne riding through the crowd on a unicorn at one point!

Until they do, find some time, grab your headphones, get your CD, record or get ready to stream and go and lose yourself in the world of The Flaming Lips. It's a real magical, mystery tour. 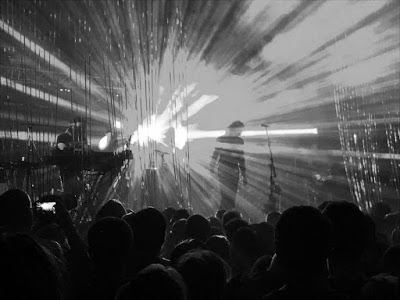