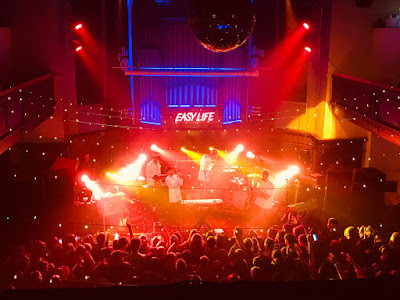 On Wednesday night I headed to the beautiful Saint Luke's in Glasgow's East End to see a band called Easy Life at the recommendation of one of my best friends and his 17-year old daughter.

Ella had introduced Phil to the band and they have followed them as they move up the venues in Glasgow; starting at Broadcast, on to King Tut's and then to a sold out Saint Luke's.

Based on the evidence of Wednesday night the next stop will be the Barrowland Ballroom.

I was thoroughly impressed, the band were tight but loose, they connected brilliantly with the crowd who knew every word and it is a long time since I have seen a crowd jump about with wild glee. It took me back to being 17 and discovering bands and being swept off my feet while jumping and singing.

Phil and I watched from the balcony as the young crowd went crazy and it was brilliant to see Ella and Phil sharing their passion for the band on the way home. They are going down to see them in Liverpool on Sunday.

I asked Ella to write a guest blog;

Bouncing, buzz and Buckfast, Easy Life's third gig in Glasgow was legendary. Having previously seen the five piece three time, I didn't think they could get any better. I was proved wrong.

The crowd was buzzing and so were the boys. The music energetic yet chilled. The band played a mix of upbeat and more relaxed songs, with the introduction of new song nice guys a pop/dance fusion.

This band are one to watch out for. It's safe to say they won't be having any 'nightmares' about coming back to Glasgow any time soon... 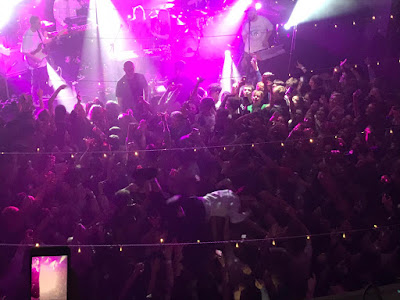