I have made a number of friends through my love of Teenage Fanclub - you start to chat online via the Message Board and the Teenage Fanclub Fanclub facebook group and then meet in real life at shows and you chat and drink like lifetime friends.

The love of Teenage Fanclub forms a bond with people, it is like instant appreciation and recognition. You think 'I'm going to get on with this person' and 'what other bands/artists do they like?'

The conversation usually starts with Teenage Fanclub and drifts on to music, travel, politics, life, death and the universe. The pre Barrowland Fanclub Fanclub meet up in McChuills last December was fantastic - stories were swapped and people caught up.

At McChuills I met a relatively new recruit to the Fanclub Fanclub, a lovely young guy from Edinburgh by the name of Mark Hannah. He broke his Fanclub cherry at the Liquid Rooms in September (in style by invading the stage at the end) and was now determined to see them as many times as possible.

He told me he was heading to London in February, for the bands final European date before they headed off to America, Japan and Australia.

So of course I asked him to write a guest blog..... I think we'll have him back. 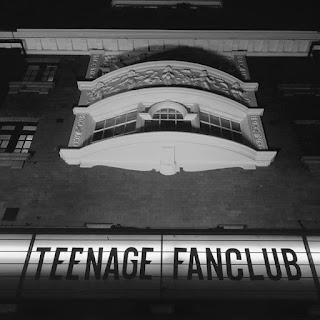 “We’ve been playing all over Europe for the past 3 weeks so it’s nice to be finishing the tour tonight here…in the European Union.” – Norman Blake

The prospect of a sold out Teenage Fanclub show at an iconic London venue to bring the curtain down on a three-week European tour was absolutely nothing short of tantalising. The band have toured fairly heavily since the release of their new album Here in September so to see the culmination of this leg of the schedule before they headed off to Japan and Australia was something I just couldn’t pass up.

Following the final nights of the British tour in a glorious Glasgow homecoming a few weeks before Christmas, I really got an idea of just how genuinely special and almost life-affirming these nights can be with a band as special and as well-loved as Teenage Fanclub. That wet and windy night in west London would prove to be just that…and more.

I boarded the Virgin Trains East Coast 12:00pm service from Edinburgh Waverley to London Kings Cross that Sunday with the anticipation well and truly tangible. This was going to be my first ever London gig and as the train roared and rattled down through the rolling countryside bound for the Big Smoke; it occurred to me I really couldn’t have picked a better band for this rather seminal moment. I’d found some accommodation for the night in the form of a guest house on Shepherd’s Bush Road, a mere five-minute walk from the venue. It left a lot to be desired; after contending with a bizarre owner who enjoyed sporadic moments of enthusiastic shouting, a faulty room key and a borderline hilarious argument involving some French guests and a breakfast menu, I dumped my Adidas holdall and fired on my Teenage Fanclub t-shirt with the intent of doing a U-turn to get the hell out of there. To be fair, what else did I expect for £30 on booking.com?

After a few pints of Camden Hells Lager (when in London, eh?) at the Sindercombe Social, I made the 10 yard walk next door to the Empire just as the doors were opening. I made for the front clutching a £5.25 pint of Carlsberg, a far cry from the dirt-cheap pubs in vicinity of the Barrowlands. Nevertheless, the Empire is a genuinely stunning venue, proscenium arch stage, red velvet seating, a fitting venue for Glasgow’s finest musical ambassadors. As the venue fills, a few glances in my peripheral vision and a scan of the balconies reveals I am the youngest person here by a fair margin. Even at the age of 22 however, I’ve had enough yobs shouting and swaying and launching lager everywhere at gigs in previous years to know this is far from a bad thing.

The support act this evening is Euros Childs, a solo keyboard based artist collaborating with Norman Blake in the band Jonny who only stepped into the support slot 48 hours beforehand on the Friday. His melodies are bright and breezy with added touch and humour in his lyrics, the crowd respond well. His final track is Ursula’s Crow and features Norman making a premature appearance to assist on backing vocals. The harmonies between the pair really are fantastic and they depart to loud applause. 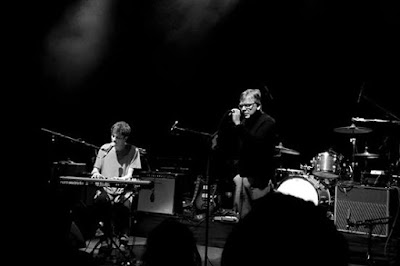 As any Teenage Fanclub fan will tell you, the band’s imminent arrival is signified by a pacing “Guitar” George Borowski. As he moves around the stage making last minute adjustments and tunings to the instruments, lone fans cry his name in love and appreciation. His legendary cult status among the Fannies is more than secure.

At around ten to nine in the evening, Teenage Fanclub enter the stage to huge cheers and rapturous applause. As Norman, Gerry, Raymond, Dave and Francis assume their positions, it really is difficult to think how this band could do any wrong.

They launch their way into I’m In Love and the crowd instantly shower them in love and it is definitely reciprocated. The last night of a Teenage Fanclub tour generally means a somewhat unpredictable set list with a few rarities thrown in, too. The break in the usual order is more than welcomed. The ease and precision among the band as a unit comes across really strongly, easing their way between an explosive Radio and a subtly brilliant Versimilitude.

What we are seeing is not just a well-oiled machine that has navigated its way around the continent in previous weeks but a group of old pals who’ve been playing together for literally the best part of thirty years who the crowd stand and admire with loved-up affection. 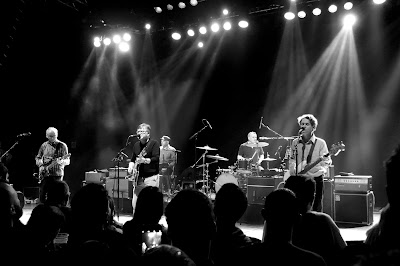 Frontman-elect Norman whips up the banter and chat between songs, TV series he needs to catch up on, the wonderful venue and even a subtle gag aimed at the European geographical and political situation. The live harmonies really are exemplary, Norman and Gerry really scraping every last note out of The First Sight, a real personal standout from their latest release, and on somewhat scarce appearances for Dumb Dumb Dumb, Did I Say and My Uptight Life.

The fans are also treated to the melodic masterclass of Your Love is The Place Where I Come From, Ain’t That Enough and I Don’t Want Control of You; a triple header of Songs From Northern Britain, an album whose tracks have featured heavily in the recent touring and a record very close to my own heart, too.

The crowd really are lapping it up, especially the crowd of Spanish speaking voices congregated next to me as they conclude with a heart-warming The Concept.

The encore really is something to behold; the band re-emerge from stage right but with Gerry armed with a green Telecaster and taking up position front and centre of the stage with Norman now this time to his right and filling in on bass. It’s very much a heart in the mouth moment wondering what rarity they are about to pull out from their extensive back catalogue, before easing their way into a chiming, gorgeous and euphoric Going Places from their 1995 album, Grand Prix. The masses can hardly believe their luck as the collective lead riffing of Gerry, Raymond and Dave really take the track to a new level in this very rare live situation. It’s safe to say I was fighting tears during this one, a perfectly timed poignant rendition. 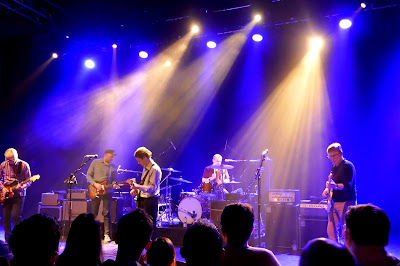 The effortless ebb and flow transitions perfectly into a free and easy I Was Beautiful When I Was Alive, proving the offerings from their first album in six years really are just as good as any of their past efforts and exhibits the bands clockwork consistency perfectly. The show eventually reaches its conclusion with an increase in stage volume and effects for Starsign and their seminal first single, Everything Flows.

Teenage Fanclub once again provide the practically perfect evening for the loyal and true who have come from far and wide to their Mecca for the evening that is the Shepherd’s Bush Empire. Albums and tours only come around every five or so years nowadays so the need to capture this event, this moment, among the fans is visible as we file out into the pouring rain of Sunday night and for myself, back towards the slightly mental Fawlty Towers-esque guest house I would call home for the night, clutching my fully signed set-list thanks to the one and only Dave McGowan.

This is absolutely everything I could have hoped for; a fantastic night consisting of a varied set-list, the inevitable rarities, the passion, dedication, and the longevity in their craft of song writing and musicianship that has made Teenage Fanclub one of the best loved bands in the world of independent music. A band with the power to make your heart and mind soar to the highest of heights, creating a wave of harmony and melody to wash over you, purifying your spirit in ways you never thought possible. At the grand old age of twenty-two, I’m a very late comer to the Teenage Fanclub party; but fucking hell what a party I’ve joined. 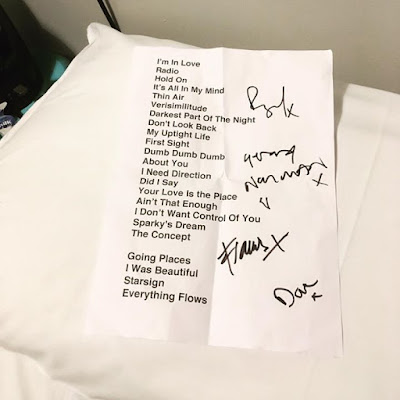