Cover version of the month #23

Different Drum by The Lemonheads

Different Drum is a song I discovered via The Lemonheads when they released an acoustic version as a b-side to the It’s A Shame About Ray single in 1993, although the band had originally released it as a 7-inch single back in 1990. I’ve been fortunate to see Evan Dando play it live on lots of occasions. I love the lyrics, melody and the way it flowed. I soon discovered that The Pastels had also covered this gem of a song, as had many more, including The Jayhawks and PP Arnold. 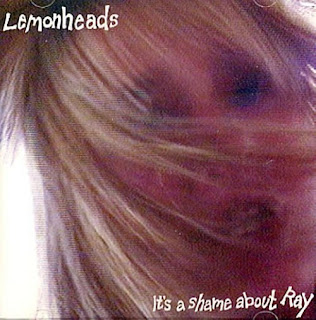 The origins of Different Drum date back to 1965 and Mike Nesmith of The Monkees! Nesmith wrote the song the year he joined The Monkees and it was originally recorded and released by a band called The Greenbriar Boys in 1966. LISTEN HERE

The Stone Poneys (featuring Linda Rondstadt) covered the song and released it in the fall of the summer of love in September 1967 (incidentally the year that Dando was born).


The lyrics, structure and melody are very clever and there is real humour as well. Dando has a long history of cover versions and Different Drum fits him like a glove. It could have been written for The Lemonheads.

There are a number of versions of Evan/The Lemonheads playing Different Drum on YouTube but this is my favourite from the b-side.

And this is the original electric version that The Lemonheads released;

Yes and I ain’t saying you ain’t pretty
All I’m saying is I’m not ready
For any person, place or thing
To try and pull the reins in on me

So good-bye, I’ll be leaving
I see no sense in this crying and grieving
We’ll both live a lot longer
If you live without me