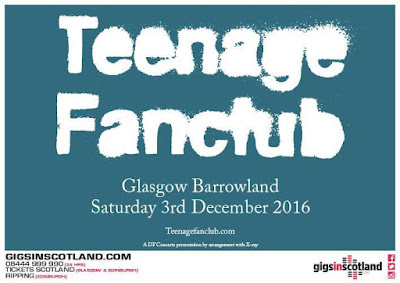 Well that was quite special. Teenage Fanclub, my favourite band, playing on a Saturday night in the world famous Barrowland Ballroom, my favourite venue.

I hadn't been so excited before a gig in years. It felt like everything was gearing up towards a real celebration of the band and their music. It was!

This was highlighted when the Teenage Fanclub Fanclub arranged a meet up in McChuill's on High Street beforehand. Fans from Scotland mixed and mingled with fans from Norway, Sweden, Italy, America, Canada, Slovenia......and even England! There was talk of gigs gone by, of dearly departed fans, of rarities, b-sides, t-shirts, favourite songs, mugs, umbrellas.....and there was plenty of beer. It was a fantastic 3 hours in great company.

Duglas T Stewart from BMX Bandits is in the Fanclub Fanclub and there was a lovely moment when we left McChuill's and a guy came up to Duglas and have him a big hug and thanked him for his music.

On to the Barrowland Ballroom around the corner. 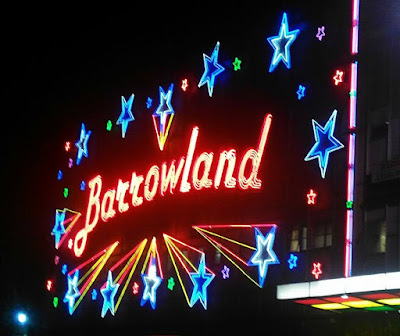 The merriment on offer at McChuill's meant that we missed Spinning Coin as support, something I intend to rectify when I head out to the ABC tonight. So there was just time to stick our jackets in, grab a beer and find a good spot relatively near the front.

The band came on at 9pm sharp to a rapturous roar. There were several classic Barrowland roars throughout the night, greeting songs like long lost friends and almost giving the band a warning not to leave it so long the next time.

The sound was perfect and the band were in top form, as you would expect after 3-months of touring. Raymond's guitar playing was exceptional, Norman was beaming and grinning at all his band mates, the crowd and those in the wings - his voice sounded better than ever, a guy next to me shouted several times that 'Gerry Love has the voice of an angel' and no-one disagreed, Francis' drumming was top drawer and he also added harmonies to several songs, while Dave yet again showcased how integral he has become to the Fanclub. 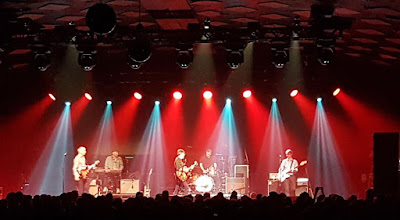 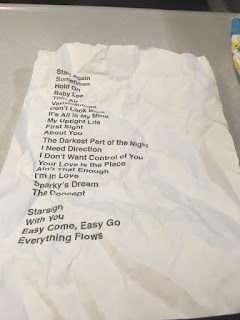 The setlist almost speaks for itself, it was one gem after another. As the songs and beers flowed a few people were encouraged into the middle of the front for a bounce and pogo, myself included. Those that did put their arms around strangers shoulders and jumped in time to I Don't Want Control Of You and punched the air in delight to Ain't That Enough. In between there were smiles all round for Norman's traditional glockenspiel turn during Raymon's stunning Your Love Is The Place Where I Come From. 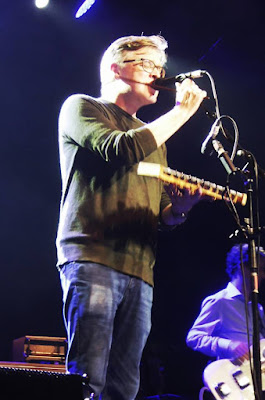 There was another huge Barrowland roar to greet the opening riff of Sparky's Dream and a whole host of people decided to relive their youth by creating a mini mosh pit down the front which was great fun. Smiles all round. Then it was arms aloft for The Concept. 3 guitars chiming and glorious harmonies on stage, a few bum notes in the crowd ;-)

Starsign kick started the encore and my only constructive criticism of the night was that this could have been followed by Raymond's Can't Feel My Soul rather than With You. It brought the pace down a little after more pogo-ing down the front.

Guitars chimed and sounded sublime for a cover of The Go-Betweens Easy Come, Easy Go before the traditional closer of Everything Flows causing mass pogo-ing and another huge Barrowland roar of approval, thanks and recognition. Someone even crowd surfed right at the end!

This was a special show by a special band. I can't really put into words how much I enjoyed the whole day and night with family, friends and my favourite band. They played a blinder and I now have the pleasure of seeing them again tonight! 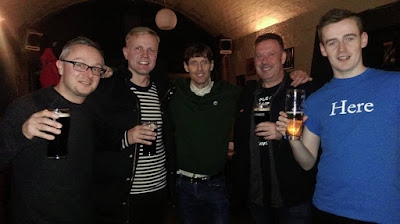