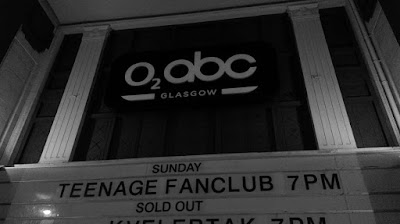 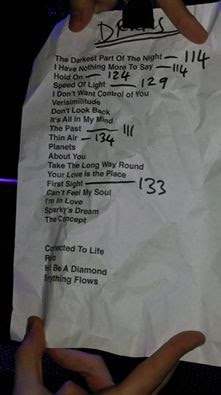 I wasn't going to write a live review on last night's Teenage Fanclub show. After Saturday night at the Barrowland (see previous blog)  I thought it would be largely the same set with just a few changes - kind of like they had been doing for the whole tour. The Fanclub geek in me had kept an eye on the setlist's that fellow fans posted on social media throughout the last two months.Thankfully, I was wrong.

My reward for going 2-nights running (as if there was every any doubt I wouldn't) was a fantastic show. A very confident and relaxed band completely changed the set around, bringing in gems from Songs From Northern Britain; Planets - sheer beauty, Speed Of Light - uplifting and magical, Can't Feel My Soul - Eight Miles High style guitar, and Take The Long Way Round - euphoric. There was also an outing for Radio from Thirteen and it was joyful, the band romped through it. 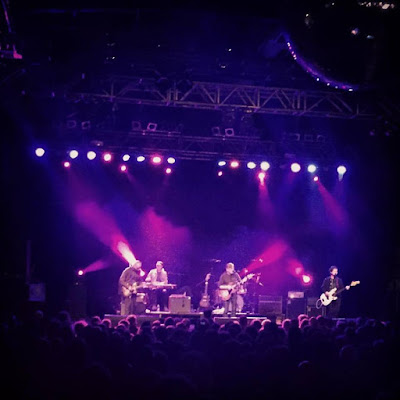 The Go-Between's cover from Saturday night was replaced with a glorious cover version of He'd Be A Diamond by The Bevis Frond. The Fanclub version, originally found on the b-side of I Don't Want Control Of You, remains true to the original but with just that special dash of Fanclub zip. Blake and Love sung beautifully together.

We were standing two rows from the front and the whole show was just a joy to watch and listen to. Norman was in top form between songs with the recurring joke of 'We've not played this for a while. Oh I shouldn't have said that' becoming funnier as the night went on. The whole band were smiling and at times they seemed moved by the response to the songs.

The closing instrumental section of The Concept with Blake and Love on angelic harmonising duties was particularly special last night. The guitars were warm and loud, the combination with the harmonies sounded sublime.

The band have been working hard to promote their latest album Here and it is a cracker. Songs like The Darkest Part Of The Night, Thin Air and First Sight are up there with the bands best. They fairly sped through the gorgeous I'm In Love last night.

The promotion continues into 2017 with a London date, several European dates and then trips to Japan and Australia already in the calendar. I hope there will be a triumphant return to Glasgow or a Scottish festival in the pipeline.

And although Here is one of my albums of the year, I can't help but dream of some special 20th anniversary shows for Songs From Northern Britain - an album that the band have played more songs from on this tour than any other.

The two Glasgow shows have only strengthened my love and appreciation for this truly special band. And I'm going to see them again on Wednesday thanks to my friend Lorna who got two tickets in the BBC ballot. and also thanks to my very understanding wife! 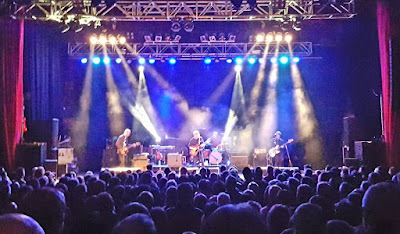