2016 was a good year for me in terms of music. It was very personal; a lot of the music I loved (and shows I enjoyed) was created by family, by friends or by artists I have been following for years/decades. 2016 was also the year that I signed up to Spotify despite vowing never to do so! Yet, I want to support artists. If I fall in love with a song or an album I will buy the physical copy as well, get a ticket for their show or order a t-shirt.

Here are 20 albums I have enjoyed in 2016. I always like to point out that there are many albums released in 2016 that I haven't heard, so there will probably be a point next year when I discover something and kick myself for being too late to miss tour dates etc.

Any one of the top 5 could be my album of the year.

1. Pii - Stephen Solo
As I said; any of the top 5 albums could be my album of the year. This is one that means a lot to me, it's by my friend Stephen, he recorded it on his iPhone6 and it has won and melted hearts.

My musical moment of 2016 was the launch party for Last Night From Glasgow and Stephen was on first! It was his first time playing solo and the last song he played was Crying Because. It was just Stephen with a small effect on his vocal, playing a ukelele; it was pure, true, soulful and beautiful. People had tears in their eyes and one guy came up and told Stephen that that performance was worth his membership fee to the label alone.

In my blog HERE I described it as; eclectic, eccentric, psychedelic, gentle, dreamy, beautiful and funny. I hear elements of The Beatles, Talking Heads, Damon Albarn, Boards of Canada, Hot Chip and....Limmy....and most importantly....Stephen. 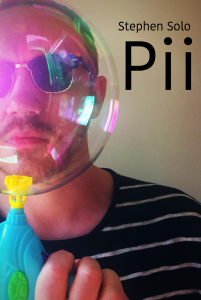 2. Say It All With A Kiss - TeenCanteen
I was going to write a blog on my sister's album with her band TeenCanteen but a load of other people beat me to it. And that was kind of nice; I sing her praises enough. I love Say It All With A Kiss for the melodies, flows, hooks and choruses, for the clever lyrics and because of the people involved in it. 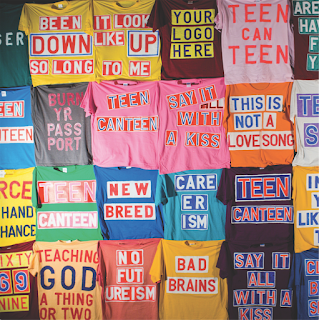 Here is what a few others had to say about the album;


They sound like a Scottish Shangri-La's who have overdosed on E numbers. In a good way. They are pure pop music and if you haven't heard them you need to immediately.
They will make your heart sing. .....When Skies Are Grey Fanzine

...a delightful riot of massive beats, swooning harmonies and the gutsy-sweet wonder of front woman Carla Easton and co.... The National

.....an essential purchase. The Herald

Say It All With A Kiss is packed full of infectiously catchy, sing-into-your-hairbrush indie pop anthems that'll make you feel 14 again. The Skinny

TeenCanteen perfectly blend light and shade, understand the pace of a record and explore the depths of their musicality whilst still being mindful of staying true to their pop roots. The Music Brewery

3. Here - Teenage Fanclub
My favourite band returned with a wonderful album that sounds even better a few months on from release. Check my full blog HERE

I described the album as; gorgeous, positive, life affirming, reflective and heart warming. 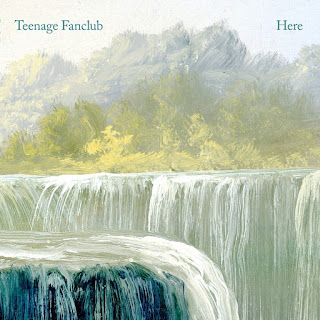 4. Wildflower - The Avalanches
What a joyful return. I hope they come to Glasgow in 2017. Read my review HERE


The word sublime features rather regularly in the review and yeah that kinds of sums it up. It leaves me with a warm glow. The imagination, inventive nature, ear for melody, feel for flow...sublime! 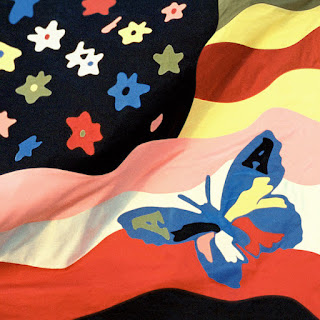 As I have mentioned, 2016 was a very personal year for me musically and none more so than with this release. My sister Carla's 'solo' album; released under the guise of Ette as the album became a collaboration thanks to the creative spark between producer Joe Kane and Carla.

Released via Olive Grove Records on delicious bubble gum pink vinyl; this gem of an album that was recorded in less than a week has a homegrown psychedelic pop feel to it. Oh and it also has a photo of my daughter Zoe on the cover!

You can read my review HERE 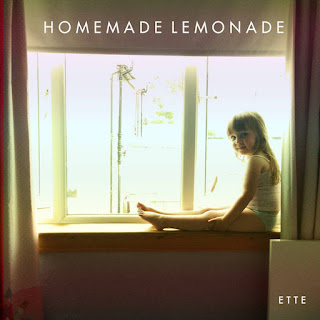 6. Give A Glimpse Of What Yer Not - Dinosaur Jr
Ah the sound of J Mascis letting rip on electric guitar - one of the best sounds in the world for an indie guitar pop fan. I've followed Dinosaur Jr since falling for them in my teens and this might just be their best album! 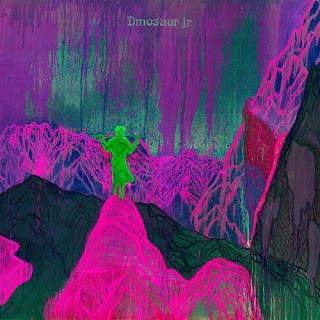 7. Up To Anything - The Goon Sax
A few people I follow on Twitter were besides themselves after attending The Goon Sax show at Mono. So I checked them out and kicked myself for not going. Raw, emotional, humour filled, soulful indie guitar pop music. An album that truly sounds like the band were enjoying themselves when they were making it. 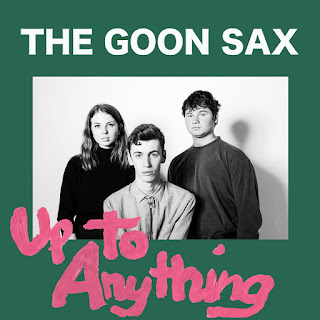 8. It Calls On Me - Doug Tuttle
Chiming Byrd-y guitars, gorgeous harmonies and an album that just has a gorgeous feel to it. This was one of the first albums I bought in 2016, away back in January. I walked into Monorail and it was on. I waited and then asked what it was and promptly bought it. This has happened to me so many times in Monorail! Would love to see and hear him live. 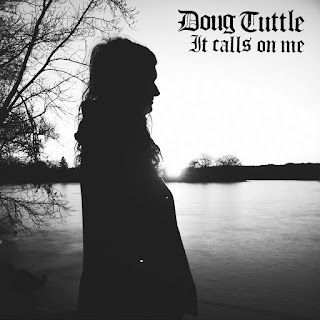 9. Let The Record Show: Dexy's Do Irish and Country Soul - Dexy's
Dexy's originally planned to do this album back in 1984/85, they broke up instead. The modern day Dexy's are in exceptional form; Kevin Rowland is such a fantastic artist, full of soul. creative energy and visually captivating. This isn't really a covers album, it's interpretations of songs that mean a lot to Rowland. From the gorgeous opener Women Of Ireland through to a stunning Grazing In The Grass (check the extended Andrew Weatherall edit HERE ) via a run through You Wear It Well this is an album full of pleasure, soul searching an fun. 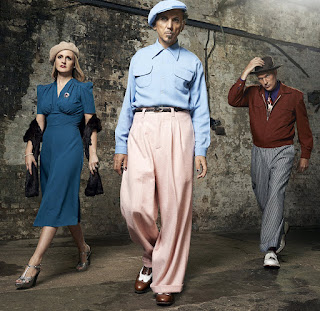 10. Until The Hunter - Hope Sandoval and the Warm Inventions
I fell for Hope Sandoval's dreamy vocals when she captivated the indie world in Mazzy Star with the stunning So Tonight That I Might See. She has continued to produce exceptional music with her band The Warm Inventions and also by collaborating with the likes of the Jesus and Mary Chain and Death In Vegas. Her latest release has some real gems and the 7-minute plus Let Me Get There with Kurt Vile is easily one of my songs of the year. 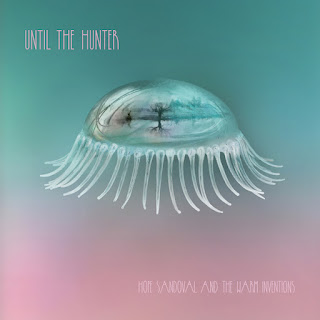 11. Treasure House - Cat's Eyes
My abiding memory of this album is my friend Joe coming round for a few beers and this being one of the albums we listened to. It has dreamy pop, out and out 60's girl group pop, it's very sexual, mysterious and intense. 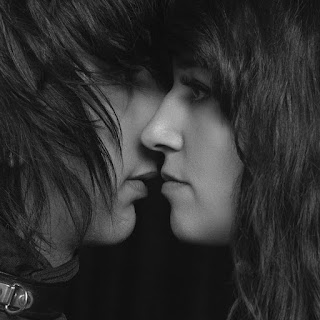 12. Same Language Different Worlds - Tim Burgess
Hugely refreshing; spontaneous and free flowing. Is how I described this album in my blog HERE

Tim Burgess and Peter Gordon combine to create something special with some really blissful stuff. 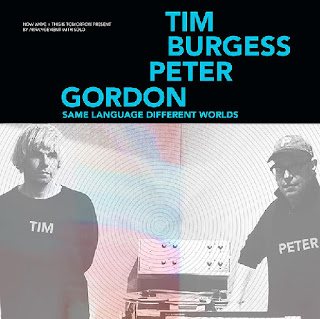 13. Eternally Even - Jim James
Just out of the top 10 as I have only discovered the album. I did so by reading this imaginative review in the Sunday Times Culture magazine. It might cause you to check it out too!

It's 1971. Marvin Gaye is on tour promoting What's Going On when, somewhere in the Midwest his band get sick. The only other group in town are four English guys called Pink Floyd. They're named after the bluesmen Pink Anderson and Floyd Council, so Gaye asks them to back him.

Had this really happened we'd have a better idea pf what to expect on Jame's second solo album than anything by his band, My Morning Jacket, suggest. It's psychedelic-ambient-soul-protest music, and it will win both your heart and your mind. 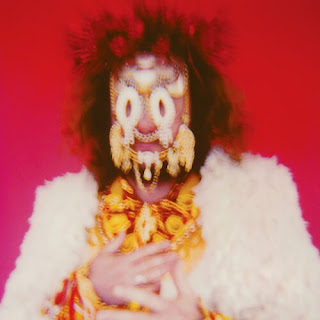 14. Barbara, Barbara We Face A Shining Future - Underworld
Ove Nova and Nylon Strung are all kinds of blissed out electro gorgeousness. Stephen Watt was kind enough to write a guest blog; At seven tracks long, the album does not overstay its welcome. It revisits you, on the Monday morning trains - the after work gym workouts - the last smoke of the day - the sodden bus shelters in which we wait, and make everything just right again. 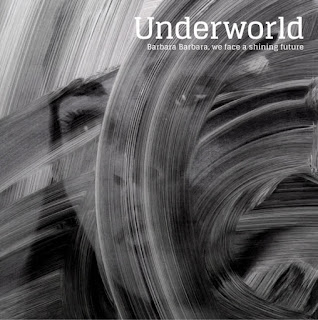 15. Heartbeats - Vigo Thieves
A testament to a band that could and should have gone further. Ambitious anthems with a touch of Springsteen about some of them - wanting to break out and shoot for the stars. Songs like Heartbeats, Believe, Forever and This Love are songs that should have resulted in Vigo Thieves being the biggest band out of Scotland since Chvrches. 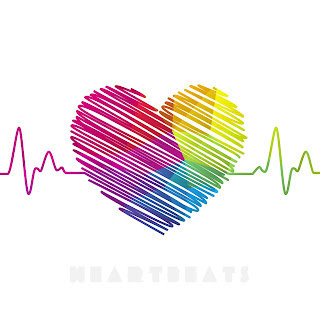 16. Fading Lines - Amber Arcades
I always love to check out releases from Heavenly Recordings - they have fantastic taste in music and the Amber Arcades album is one that I think will continue to grow on me and one I'll return to again the future and probably think - that should have been in my top 10. Great album artwork/pic too. 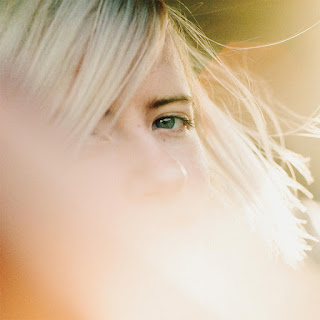 17. In Search Of Harperfield - Emma Pollock
A remarkable journey through 11 songs that are imaginative, emotive, fun and ambitious. Pollock is in fine form (career high?) throughout - lyrically clever and bold, melodically playful and soulful in voice. Read my full blog review HERE 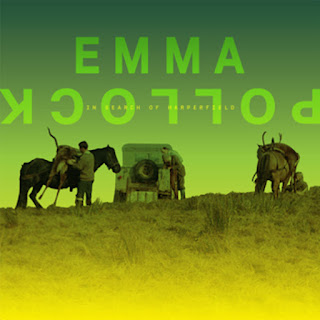 18. Blackstar - David Bowie
Bowie was unique and exceptionally creative. Blackstar was quite hard to listen to in the aftermath of his death; it took me a month to buy it. I was rewarded by an ambitious, emotional and soulful album. I Can't Give Everything Away is one of my songs of the year. 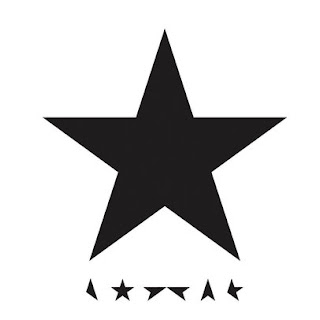 19. Faults - The Second Hand Marching Band and Benni Hemm
The album isn't on Spotify so you can listen and order HERE

And read my blog review that talks of fragile brilliance HERE 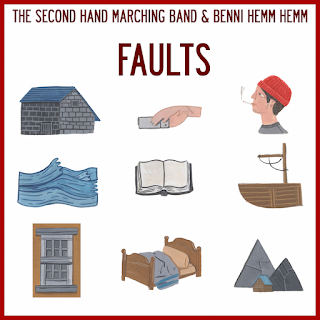 20. Kidsticks - Beth Orton
Beth Orton produced quite a sparse but beautiful album that mixed her dreamy folky vibes with electronica. Downstair, Flesh and Blood and Corduroy Legs were particular favourites. Get your headphones on for this one. 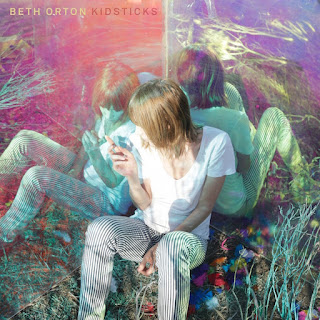 Yep - a few more to add to the ever-expanding list of stuff I need to check out. I'm particularly looking forward to catching up with that Jim James record. The Goon Sax would've made my Top 20 earlier in the year, but ultimately got usurped by the Community Radio and Chook Race releases. For me, the Ette album unexpectedly just shaded the TeenCanteen LP - both great though. If you get a chance, could you ask your sister if she has any plans to play south of the border in 2017 please?