I have bought and enjoyed a good number of albums in 2013, probably quite a bit more than last year.

I've only just discovered the Kurt Vile album and I have still to buy John Grant and Jon Hopkins.

I'll no doubt discover a few gems released in the last 12-months further down the line, but for the time being, here are my top 10;

Big Inner by Matthew E White
I blogged about this back in February and described it as 'poetic, beautiful, hushed, thoughtful and the playing, singing and production is just outstanding'. Nothing has changed other than the fact I have just fallen further in love with it. A work of beauty.


It's Not About War by Chris Grant
Recorded in his garage on an £80 laptop, this album contains some of the best songwriting and love songs that I have heard in a long time. Grant has complete confidence in his skills and songs and it shows. 'I Am The One' and 'Like A 45' are just stunning.

My blog upon release in October declared; 'It's Not About War is a fucking beautiful album. Chris Grant sings from the very bottom of his heart, the passion and truth in his vocals match the open and honest lyrics.'


Reflektor by Arcade Fire
An outstanding album, what would you want from one of the world's best and most ambitious bands? Some production by James Murphy? Check. Bowie backing you up? Check, a wide range of songs across a sprawling double album that lets the band explore their talent and sound? Check. Brilliant. Their show at the Barrowland will stay with me for a long, long time.


A Bad Wind Blows In My Heart by Bill Ryder Jones
Contemplative, gentle, melodic, rustic, homely, dreamy, lovely… this is a rather gorgeous album.

Slow Summits by The Pastels
I don't think any band sound as comfortable with their sound as The Pastels. It's just so…them. They produce pop gems and glorious laid back grooves and just run with them. The joyous indie pop rush of 'Check My Heart' is glorious while 'Summer Rain' shuffles and flows.


The Next Day by David Bowie
This album was a surprise in many ways. The secrecy surrounding it created an almighty buzz, the songs offered great depth for the listener to delve into. Bowie was on form, sounding great and producing some outstanding material; reflective at times, biting at others.


Random Access Memories by Daft Punk
Could it live up to the hype? Well that would be difficult as the hype was incredible and the success of 'Get Lucky' probably overshadowed the album. However if you wanted some robots to make an album in 2013 then Random Access Memories delivered the goods; wildly eclectic and crazily addictive.


Understated by Edwyn Collins
A very soulful album; stomping at times, tugging at the heart strings at other. Edwyn's show at the ABC in the spring was a delight and his recent show at Mono was incredible. An artist who keeps on giving and long may that continue.

Kingdom Of Wires by Kevin Harper
A stunning self released solo album by one of Scotland's best songwriters. Kev's solo performance at King Tut's back in the summer was exceptional. The album sees Kev wear his heart on his sleeve and bare his soul. The guitar playing is sensational, echoing the Foo Fighters and classic American indie bands. 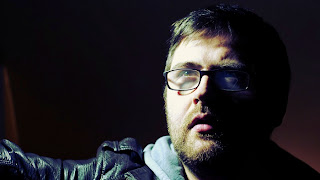 The Bones Of What You Believe by Chvrches
Hyped beyond belief, could Chvrches deliver? They certainly could. This is what I wrote in my blog review in September;

'The Bones Of What You Believe' is a fascinating album, extremely polished pop on the surface, often with darker, menacing undertones. The production is crystal clear, staying clear of the trap that many modern acts fall into - that of over-production. The songs have space to breath, there are hooks galore with synths (lots of them) beats and bass combining in a glorious manner and Lauren Mayberry's vocals are delicious; sweet at times, capable of anger, revenge, hurt and heartfelt emotion at others.

I listened to the album for the first time in a month or so this week and it actually sounds better. If anything I overplayed this when it came out. I am currently kicking myself for not buying tickets for their Barrowland show in March.