Last weekend I took my little girl to Glasgow Barrowland as part of Doors Open Day. Now it was time to go all modern and visit the new kid in town - the Scottish Hydro Arena Glasgow, or the S.H.A.G as it was once affectionately known. It looks like it will be known simply as the Hydro - probably best for all concerned.

Building work commenced back in February 2011 and the venue will host its first show next week, with Rod Stewart breaking in the venue in style.

The venue bills itself as 'an entertainment experience for the 21st century' and from the outside I immediately through how futuristic/space-age it looks. That just continues when you venture inside.

We had managed to get tickets for a wee 'tester' day, coming the day after a V.I.P evening that featured Admiral Fallow playing - although they didn't actually play on the venue's proper stage. That honour is being saved for Rod the Mod.

We walked through the doors into the court behind the stands - there are loads of different kinds of food  stalls and bars. Plenty of variety to keep everyone fed and watered. We didn't hang around there for the time being, we wanted to see inside. 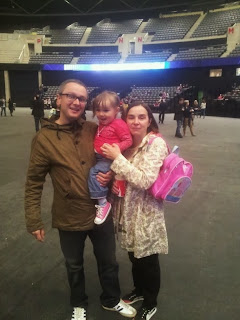 The futuristic vibe continued inside with banks of seats rising steeply to the ceiling - the ceiling itself is like a work of art, containing the lighting rigs. I immediately thought of the scenes from the parliament in Attack Of The Clones.

The Hydro is multi-purpose; music is the main focus, however it will be holding events for the Commonwealth Games and is capable of holding tennis matches and much, much, more.

It will go on to hold around 140 events per annum and it will bring Glasgow up into contention with the likes of Madison Square Garden and the O2 Arena (Millenium Dome) in London. 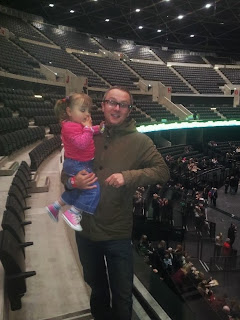 It was time for some food and the North Sea Haddock and Skinny Fries I had were excellent, with my wife going for some delicious noodles.

Thanks to the fact that my brother works for the Hydro we managed to escape the masses and get up into the corporate boxes. They are very plush, you get your own bar and they open out on to the venue.    Unfortunately I was stuffed after my fish'n'chips so couldn't manage a cake! 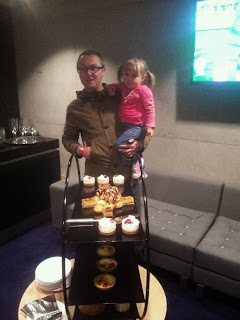 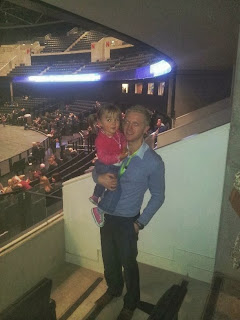 We left the box to wander up into the second highest tier of the stands. I don't think there will be a bad seat in the house. Although that might not be the case for those who suffer from vertigo!

The Hydro is a fantastic modern arena that will enable Glasgow and Scotland to draw the best acts in the world - even more so than it currently does. I look forward to attending a show in the near future. 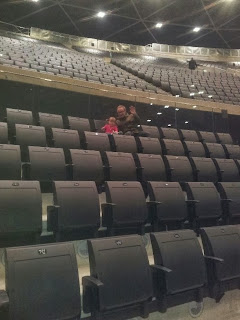