Catching up with the Velveteen Saints

A year ago I blogged about a young Scottish band by the name of the Velveteen Saints after they contacted me about their song ‘Rock ‘n’ Roll Is Dead’ and invited me to their second ever show. Their energetic guitar pop punk sound with echoes of The Clash, Jesus & Marychain and Black Rebel Motorcycle Club won me over and I have been following them ever since.

The band has had a productive 12-month, working hard – playing lots of their own shows, supports and festivals. Their hard work has recently been rewarded with a support slot on The View’s extensive European tour stretching through October, November and well into December culminating in shows in Glasgow and Edinburgh. It seems that I am far from the only one to have fallen for the band. I caught up with bass player Mark Thomson to find out how things are going and I ended up getting an exclusive about the bands first release! Read on to find out more.

Well done to the lads and all the best for the tour. 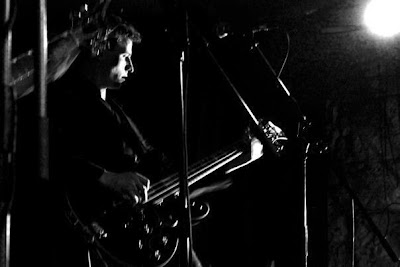 1. It has been quite a 12-months for the band. Could you pick out 3 highlights?

There have been that many highlights in the last year, but if I had to pick 3, it would have to be playing at the Isle Of Wight Festival, headlining the T-Break Stage at T In The Park and being asked to support The View on their European & UK tour.


1.b How did the support slot with The View come about?

We'd supported Tim Burgess on the Scottish dates of his solo tour. He had his own venue, Tim Peaks, at the Isle Of Wight and he asked us to play there too. It was brilliant! From that, Tim asked us to play before The Charlatans at their gig in front of 5000 people in Delamere Forest. The View were on too - we got talking and spent the day with them. By Midnight, we down to support them on their European tour. It's was mental. 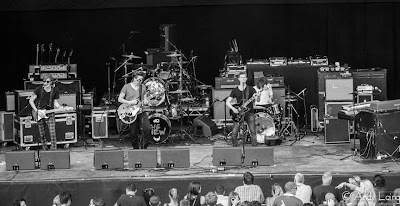 2. You’ve supported loads of fantastic and experienced bands over the last year. Have any of them offered advice that you have taken on board?

No one has really offered any advice as such, but, there is so much to learn from these bands just by watching them and how they go about their business. There is a lot to be learned in just watching bands do what they do.

3. You have just been announced as support for The View’s winter tour. Are you ready for it? Will you be able to keep up with them?

Well, we're travelling on the same tour bus, so we're just going to have to! Aye we're ready for it. It's such a great opportunity to play such a big tour, and to play to so many people in so many different countries so early on in our career. We're absolutely buzzing for it to start. 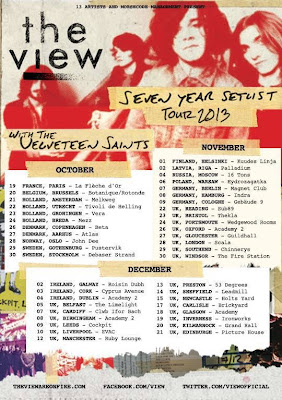 4. Are there any particular cities on the tour that you are looking forward to playing?

5. How did the band get together?

We're all from Coatbridge, so we've known each other for a while from playing in different bands and stuff.. Martin and Shaun were looking for a bass player, so the three of us got together, started writing and playing together and moved into a flat in Glasgow. When it came to looking for a drummer, Shaun had seen Michael playing at a gig, asked him along to a rehearsal and that's it, we just went from there. 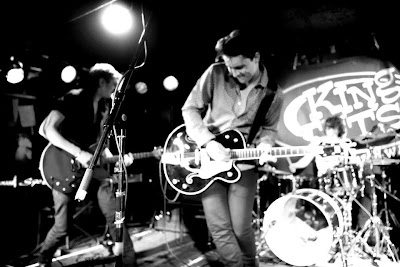 6. You are definitely a band that wear your influences on your sleeve, what are you currently listening too - old and new?

7. Your early shows saw you hand out promo cd’s to fans – how important was that in establishing a connection?

It was really important at the start, as it engaged the audience and it became really personal for them and us. People would contact us on Facebook and Twitter after gigs saying they loved meeting us, loved the tunes and would spread the word around about the band, which is great. 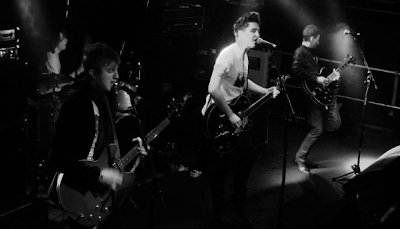 8. Can we expect an official release in the near future?

We're looking to release our first single in early February 2014 on O Genesis Records, Tim Burgess's label. It'll be released on 7" and download format. We can't wait. To be honest, we're not sure if Tim's announced that yet, so we might have just let the cat out of a bag. You can keep a secret though, right?

Hmmmm....kidding I did check it was OK to publish this :-)
Posted by everythingflows at 09:47