Galleries debut album has been a long time coming, thankfully it has arrived and it has been worth the wait. They may have lost a little bit of the buzz that they had when they first arrived on the scene, picking up critical acclaim and daytime play on Radio 1, but they have delivered a brilliant album that is positively brimming with confidence.

I've put them on a couple of times over the years, as well as going to catch them at other shows and they have always been a pleasure to watch and listen to (and to meet). Lead singer David McAdam has a mesmerising voice that can reach notes that you wouldn't believe. 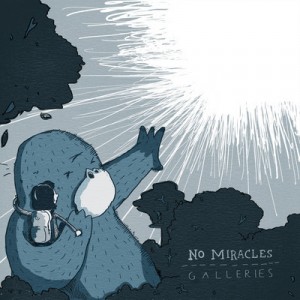 'Underground Overground' is a previous single, full of shimmering guitars and funky beats. McAdam uses the full astonishing range of his voice to lift the song to incredible heights, the music rising in tandem.

'Darkness Coming' has also been out before, but like 'Underground Overground' it has either been re-recorded or had a real studio polish. The band were full of talent and potential when they came on the DIY/unsigned scene in Glasgow, it is clear from this album that they have been hard at work over the last few years and the results are quite staggering.


We have nothing, use some imagination will you now? 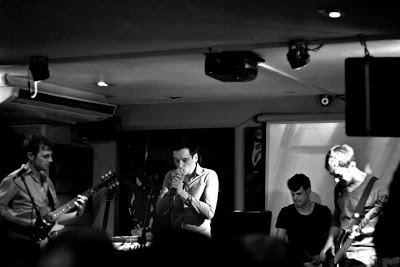 A lengthy introduction leads us into '+Danger', the song threatens to explode for a while, yet the explosion is controlled - just. Galleries have the ability to hold back, to tease and to then let loose - in music and in voice. As I've already mentioned that this is widescreen, cinematic and epic. Add romantic, beautiful and dreamy to the mix as well.

The pace picks up with 'Great Comets (Of 1910)', a song with urgency from the off. There is a beautiful piano riff that underpins the explosion into the chorus. The lyrics are heart on the sleeve stuff, simple yet effective. 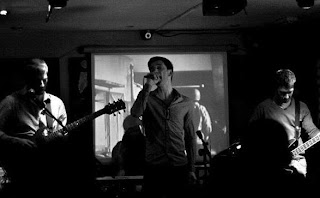 'Being Here' starts with synths that just sound ripe for a remix. McAdam's vocals are clear at times before being treated with effects.

The production and programming are impeccable throughout the album and on 'Midnight Rush' it really comes together. There is space for the song to breath and again Galleries let the song soar and swoop with ease.

McAdam's voice backed by a lone piano start 'Love Diagram' before a real disco/electro groove kicks in and the pace picks up. The closing 1-minute and 25 seconds are excellent as things build, there is a brilliant synth riff going on and you just know the beat is going to kick in.

'Young Wounds' is a song that Galleries originally released as a single and it picked up daytime play on Radio 1 in the process. It is utterly beautiful. Unfortunately Galleries had their album launch on my wife's birthday so I couldn't attend, but this song is majestic live - as are the band. 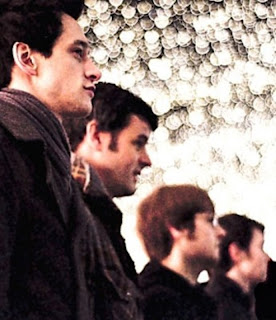 I recognise 'Born to Be Afraid' from live shows. The song structure is clever and bold. I'm kind of gushing about this album, hopefully that means that anyone reading this will check it out!

'No Miracles' closes the album. The song is slightly more stripped back, yet it still soars. McAdam is a very talented singer and songwriter and his mates back him superbly.

So...quite an exceptional debut album from a young unsigned band. Check them out.