The cold weather, the darkness, the rain, post festivities....January in Glasgow can be pretty bleak. Thankfully, us Glaswegians found a solution to the weather and the blues a long time ago; it is always dry in pubs, you can have a good laugh with your mates and it is even better if there is some good music.

The start of the year will see Glasgow at its very best as the city plays host to (almost) a month of music (Celtic Connections) in January, the Glasgow Film Festival in February, the Magners Comedy Festival in March and the Glasgow International Art Festival from mid-April into early May.
Then it is practically festival season anyway!
I always enjoy the programme for Celtic Connections coming out and plotting what I am going to see. A few things caught my eye immediately and I've spent the last 30-minutes or so going through the up to date list to plot my month. Here is  my definites and maybes for Celtic Connections 2012, as well as notable mentions. If only I had the time and money to go to them all.
DEFINITES
Sunday 29th January, Remember Remember and Adam Stearns and the Glass Animals, Bar Brel
I've mentioned the Glasgow band Remember Remember a few times since I caught them at the Glasgow Science Centre as part of a Detour Night. They blew me away with their music, chemistry and musicianship.Their album 'The Quckening' is excellent. So I'm just about to order 2 tickets to catch them in the tiny Bar Brel, one of my favourite Glasgow watering holes. The fact that Adam Stearns is supporting them with his band is an added bonus as he is someone I have been meaning to catch live for some time. 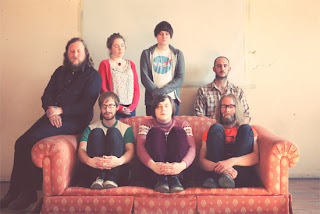 Friday 27th January, Admiral Fallow, FOUND and Chasing Owls, ABC
Admiral Fallow have gone from strength to strength in the last two years, so I am really looking forward to seeing them play their biggest Glasgow show to date at the brilliant ABC. With support from Fence Records FOUND and the hotly tipped Chasing Owls, I imagine that the ABC will be full of Glasgow scenesters to check out a truly brilliant bill of music at a January friendly price. Oh, it also happens to be my birthday. Look out for Admiral Fallow's front man Louis Abbot out and about at various venues throughout the festival with two appearances at Brel with guests/friends.


Afterwards I'll be heading to Pinup Nights at the Flying Duck to catch Nevada Base and find out what mischief the Pinup lads have planned for their first bash of 2012. 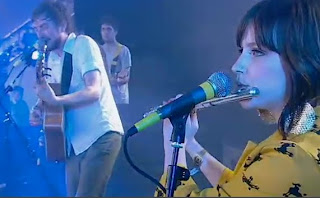 Sunday 5th February; Rachel Sermanni and friends at St Andrews in the Square
I caught the beautiful Rachel Sermanni for the first and only time back in April this year when she played the Wide Days music seminar in Edinburgh. She was captivating; young, beautiful, quietly confident with a cheeky side and very talented - picking gently at her guitar and allowing her voice to silence the audience - not an easy thing to do when the crowd is pissed up. I look forward to seeing her again, especially in the stunning St Andrews in the Square, the venue where Lynn and I got married. 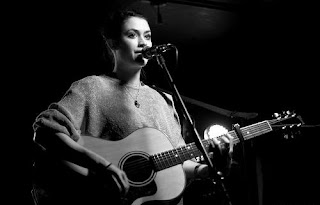 MAYBES
Friday 20th January, Cornershop & 1990's at Platform
I caught Cornershop for the first time in the early-mid 90's when they supported The Pastels at King Tuts, pre-Fatboy Slim remix success. I have a few of their albums and I admire their fierce independence and experimental pop. Platform is a great venue and I have a soft spot for the 1990's as well.


Tuesday 24th January; The Louisiana Connection with the Aaron Neville Band and Cedric Watson at the Royal Concert Hall
'Hercules' by Aaron Neville is an all-time fave tune of mine. I'm not sure if he'll be playing that tonight or not. From the description of the night on the Celtic Connections site though, it is going to be a brilliant night of music regardless.


Thursday 26th January; King Creoste and Jon Hopkins at the ABC
'Diamond Mine', the Mercury nominated album by the above pair, is a truly beautiful album. The care and attention in the playing, production and craftsmanship just oozes out. Can it be replicated in live form? Well there is only one way to find out. I do hope to make it to this one if it doesn't sell out.


Saturday 21st January; Laetitia Sadier, Jo Mango and Dan Haywood's New Hawks at Platform
Laetitia from Sterolab who I used to have a bit of a crush on.


Sunday 22nd and Monday 23rd; Gerry Raffery Remembered at the Royal Concert Hall
My Mum is going to this.


Sunday 29th January; Martha Reeves and the Vandellas at the Arches
As I caught Martha at the Arches the last time she played, I'm not too fussed about missing this for Remember Remember at Bar Brel. She is fantastic though, 'Heatwave', 'Dancing In The Streets', 'Nowhere To Run'....the Motown classics are all played by a shit hot band.