Last night Admiral Fallow turned in a majestic performance at the ABC in Glasgow as part of Celtic Connections.


There was an air of anticipation surrounding the sold out performance, a homecoming if you will.


It was my birthday so I had the day off, spending a great morning and afternoon chilling with Zoe before heading into town to meet my mate Colin in the Variety Bar at 5pm. The tunes were as good as always and I felt pissed after two beers - must be my old age!


Lynn and Lorna joined us and we also met our friends Harri and Steve who were out for the night.


Catching up soon with good company in good surroundings soon led to us deciding not to get some food as we stayed in the Variety, missing the first band of the evening - Chasing Owls. 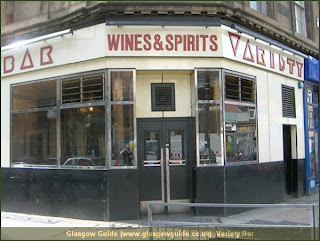 We did ensure we were in for FOUND - one of Lorna's fave bands. The ABC was already busy and it wasn't even 8pm.


FOUND didn't really do it for me. I think their music didn't really transfer to a venue of ABC's size. Lorna loved them though. Colin and I marvelled at the synth/keys old skool Slazenger jumper! 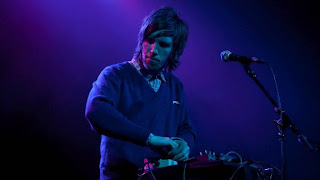 Admiral Fallow appeared on stage to a huge roar and proceeded to play a spell binding set.


As I said, I was rather drunk so I can't remember the exact order of the songs, so I am hoping that the setlist online HERE is correct.


'Old Balloon' is possibly my favourite Fallow song. Melodic, building nicely and becoming epic. The lyrics are beautiful, they really do paint a picture. The end of the song really picks up the pace and it was amazing how at ease the band looked on stage.


'Cause sometimes it's like trying to breathe through a pillow,
Trying to dance on the tightrope in the pouring rain.
Sometimes it's like, like you're treading on egg-shells,
Trying to floss up your top-set with a rusty chain.
It's all because of you (x6)

I did wonder at one stage how many people in the audience had seen Fallow singer Louis Abbot playing in the pubs of Glasgow over the last few years. He and his band have really built up a loyal grass roots following and it was out in force at the ABC last night. 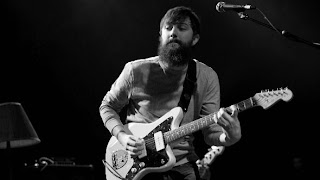 The sound was superb last night and the band seemed to revel in it; the sound, venue and crowd.


The close harmonies between Abbot and the gorgeous Sarah Hayes were spine tingling throughout the show. 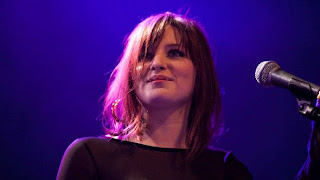 The sense of occasion was rammed home when giant confetti cannons went off towards the end of the gig. Everything came together for Admiral Fallow last night, the result of a good few years hard work mixed in with exceptional talent.


The band have just announced that they will be playing the Barrowlands in December. I am getting my ticket now.
Posted by everythingflows at 12:05