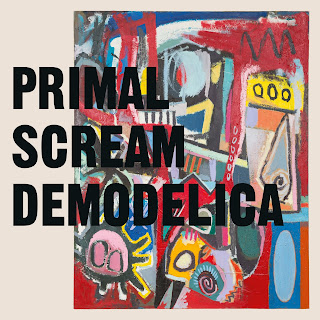 Primal Scream's Screamadelica recently celebrated its 30th anniversary. It is, without question, a seminal record, one that not only captured the times, but also celebrated days gone by and looked to the future. 30-years on, it's still doing that, a mark of how extraordinary an album it is.
Bobby Gillespie and his band have been in a reflective mood of late; they haven't released any new material since 2016's Chaosmosis. However, there are times in life when it is good to pause and reflect on achievements, to celebrate them, to remember ... if you can.
Primal Scream lived at 100 mph for a lengthy period, so they could almost be forgiven for forgetting about albums they recorded. They kind of did! 2018's The Original Memphis Recordings (BLOG HERE) was an extraordinary find by Andrew Innes, with the guitarist literally discovering an album (that would go on to become Give Out But Don't Give Up) in a cupboard. Country tinged soul, Primal Scream cutting loose, Gillespie pouring his heart out on some outstanding ballads and the band blasting out rock n roll.
And now to celebrate Screamadelica at 30, Primal Scream have brought together all the 12-inch singles from the time in a lavish, luxurious boxset. The Farley mix of Come Together is simply sublime.
They've also brought out Demodelica, a collection of previously unreleased demos and work-in-progress mixes, the hackney studio demos and home recordings are of particular interest to me. 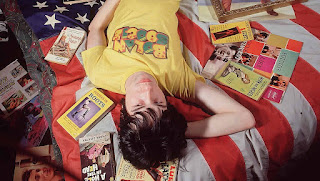 Andrew Weatherall is a name forever associated with Screamadelica. Yet if you dig deep into the albums history, you learn of Andrew Innes suddenly getting his hands on a sampler, new equipment and of a band keen to blur and smash boundaries. Bobby Gillespie seems to have a new air of confidence around him and a freedom to experiment.
So, for me, Demodelica is an important public release, in that it allows us a peek into the bands creative process at the time. Of course Weatherall was important to Screamadelica, but listen to the lyrics of Higher Than The Sun, the arrangements on the demos, Innes and Gillespie were on to something.
That comes across in a beautiful ragged Damaged with (presumably) Robert Young on electric guitar and Gillespie sounding confident in the beautiful ballad he's created. He's not quite got the I never felt so happy lyrics yet, just singing the melody.
The opening Jam Studio Monitor Mix of Come Together would go on to pretty much be the Farley mix of the song, with Weatherall taking it to incredible heights with his lengthy version. I love both of them.
Movin' On Up is coming together nicely, the lyrics not quite there, the feeling and intention definitely is.
Higher Than The Sun features twice, the Isle of Dogs home studio mix highlights how fully formed the instrumental part of the song was almost from the off. You then hear things progressing with Gillespie singing on the Jam Studio Monitor Mix.
The Home Studio version of I'm Comin' Down is gorgeous, just vocals, electric guitar and tambourine man, Gillespie sounds like he really is coming down. There is a great bit after the chorus at 2-minutes 18 seconds when Gillespie says 'let me hear you play it one more time' and Young delivers a great guitar solo.
I'm coming down
I can't face the dawn
I'm coming down
I feel too far gone 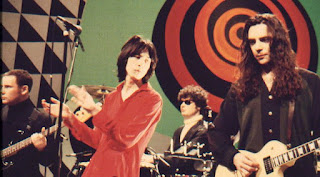 There are 3 versions of Don't Fight It Feel It on here. The first is 2-minutes long, the sound of Innes playing with his sampler, The Beatles Hey Bulldog features heavily, beats, psychedelic synth sounds and house piano chords are introduced.
Hypnotone come in to mix things on the second Isle of Dogs Home Studio mix, stretching things, something is happening, the idea is developing, horns are introduced, there are more things going on.
But it's when Denise Johnson comes in on the third version with the lyrics that perfectly capture the mood of the music, of the Scream Team and the the generation of kids that were partying all night, that the song lifts. And the voice, ooooffffft, Johnson adds euphoria and soul.
Gonna live the life I love
Gonna love the life I live
The Hackney Studio Vocal Melody recording of Inner Flight captures some magic in progress, Gillespie finding his way over a guitar laden with effects. The work-in-progress continues with the Henry Acapella Jam Studio recording, just over a minute of gorgeous vocals that sounds like it could easily fit in on the recent Feel Flows Beach Boys boxset.
The lysergic lullaby Shine Like Stars also has 2 versions, the Eden Studio Demo is mesmerising, sounds and samples being worked on as Gillespie sings beautifully.
Demodelica closes with the Eden Studio Demo of Screamadelica, the beats sound sublime as warm guitar chords wash like waves, wah wah guitar is introduced over synths that are under pinning everything and then a vocal comes in - utterly joyous.
Demodelica is another welcome and important addition to the Primal Scream story, their discography. I think it highlights just how far they had come from 1989's eponymous album, all speed and leather trousers.
Speed made way for ecstasy, Andy Weatherall fell in love with their ballad I'm Losing More Than I'll Ever Have and remixed it into Loaded, he phoned Gillespie and Innes from clubs to tell them dancefloors were going insane when he played it. Loaded gave the Scream their first top 20 hit and a taste of success.
Gillespie always had a vision for Primal Scream, Demodelica is the sound of Bobby and his band edging closer and closer to capturing the magic of the bands he loved and loves ... the sound of Primal Scream becoming a different band.
Check the blog I wrote on Screamdelica at 20 here. 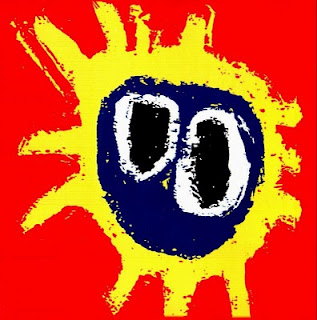 adding product to your cart