BBC Scotland has recently stepped up a gear in terms of promoting new young bands / artists. Their TUNE programme on iPlayer and TV channel has introduced me to a number of acts that I'll feature on the blog.

Dead Pony filmed a performance by the docks in Greenock. I was immediately taken by singer Anna Shields crystal clear voice and melodies, almost in complete contrast to the grungey riffs and noise being created behind her.

Yet somehow it works ... it works well. 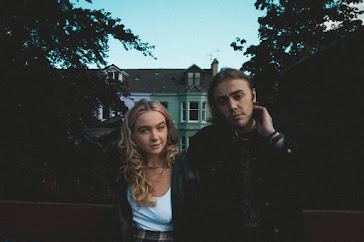 Shields used to busk regularly on Buchanan Street in Glasgow (I'm pretty sure I have a CD somewhere) before going on to form Crystal and then changing their name to Dead Pony.

While (being honest) I much prefer the name Crystal, I imagine there might have been a number of bands across the world stumbling across that name. I'm not sure there will be another Dead Pony, it does stand out!

So does their music. It's almost like Courtney Love fronting Nirvana. Think of Love's poppier songs and melodies, like Malibu or Celebrity Skin and then add in the energy and riffs spilling from Nirvana between Bleach and Nevermind, and you're probably not a million miles from where Dead Pony are. Shields cites her love of pop in interviews, including the likes of the wonderful Dua Lipa (one of my favourite albums from 2020).

Elsewhere Crichton (who wears a Nirvana t-shirt in the Tune episode) shares his influences through the riffs and noises he generates from his guitar. 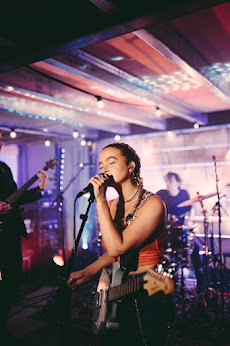 Sharp Tongues, their September 2020 single is under 3-minutes of ferocious punk grunge pop, it doesn't let up and I'd love to hear and see them rip through it in a live environment. The hooks come thick and fast.

I've had a little taste of something I cannot forget

I know you're a little bit easy

This was swiftly followed by another single 23 Never Me in November 2020. Shields and Crichton create a glorious blitz as vocals and guitars collide to create a brilliant buzz of energy. The chorus is a frantic blur before things stop almost completely to allow melodies to come pouring through.

Can't save me from another problem

Crichton then attacks his guitar as if his life depends on it before the band tear though the chorus at breakneck speed for the final time.

Shields demonstrated her commitment by getting the title tattoo'd on her arm. 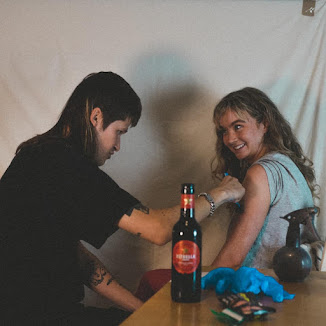 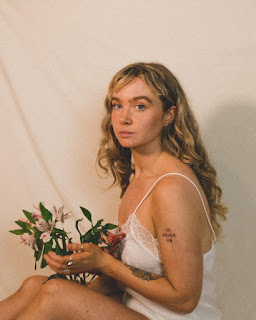 Dead Pony sounds like they are ready for the next stage - whatever that might be for them. I can imagine they must be chomping at the bit to play live. I'm not sure who has produced them to date - they've done a grand job, but I wonder what a future producer(s) could do with Shields voice, lyrics, melodies and hooks over cool noisy riffs and beats. There is a lot to work with if they get enough time in the studio.

That could well happen. Dead Pony already have the backing of LAB Records who have established a fantastic track record of being a stepping stone for young bands going on to bigger things. In addition, they have management and a booking agent.

One to look out for on the Glasgow scene and way beyond once live shows resume.