Teenage Fanclub Have Lost It EP 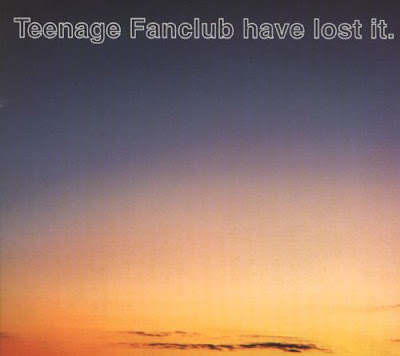 I've been delving into the extensive and rewarding back catalogue of Teenage Fanclub regularly since the release of their Here album last Autumn and catching them in London and Glasgow. The albums are well known but there is a whole treasure trove of b-sides, rarities and cover versions to enjoy.

Released near the peak of Britpop mania in December 1995, the Teenage Fanclub Have Lost It EP was the sound of a band who knew exactly what they wanted to do.

They hadn't lost it; over the course of their 4 studio albums to date; A Catholic Education, Bandwagonesque, Thirteen and Grand Prix, Teenage Fanclub had found themselves. The EP was the sound of a band completely at ease, removing themselves from any trace of Britpop and they did this well ahead of the curve which arguably peaked at Knebworth. Teenage Fanclub were in their own zone and they were comfortable with it.

The 4-track EP contained a song from each of their 4 albums; Don't Look Back is Gerry Love at his romantic sunshine loving best. That laid back beautiful voice is so suited to the acoustic groove of this song, underpinned by great keys at times.

Everything Flows opens to what sounds like someone sparking a cigarette and given the laid back nature of the EP, it may have been a jazz one. The lead guitar is exquisite, Norman Blake's voice is purer than ever, noticeably so due to the lack of electric guitars and effects. The lead guitar combining with mouth organ for the closing instrumental is just gorgeous. The band then go off into a weird but funky jam. 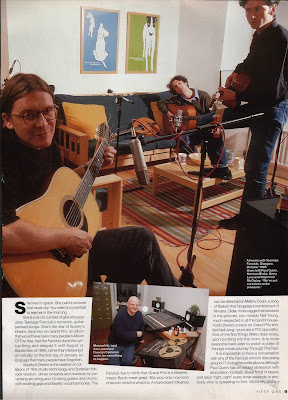 Pics from the Have Lost It session- article link below

Gerry Love transforms his song Starsign, turning it into a country tinged beauty and highlighting what a brilliant song it is. Love's voice comes to the fore, one of the coolest voices in guitar, and there is a great moment when Norman harmonises on the line should this unknown force be shown

Do you know where you belong?
And is your starsign ever wrong?

The band then take off on another stoned jam for a minute or so. Maybe there is a lost album of this kind of stuff!

120-Mins from Thirteen closes the EP, McGinley's lyrics perhaps fitting with the theme and title of the EP. Raymond's voice sounds tired and weary, the songs structure and flow suit the stripped back version perfectly.

You can read about the recording session via these links; Page 1  Page 2    Page 3

Would TFC consider a Have Lost It Again EP?