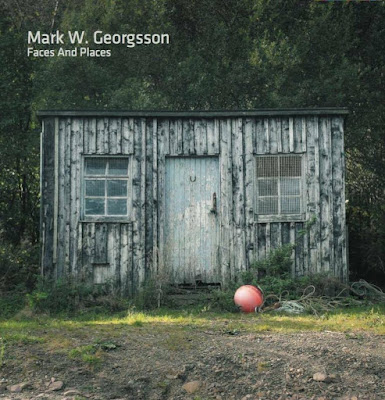 I first heard Faces and Places (the debut album by Mark W Georgsson) around a year ago when Mark sent it through. I had been a fan of his band Velveteen Saints but they had split up and Mark had gone off and recorded an album. He warned me it wasn't the pop punk vibe of the Saints, but more acoustic, country and alt folk.

I fell for it immediately; warm, tender, loose, reflective....it got better with every listen. It is out tomorrow on Last Night From Glasgow on limited 12-inch with stunning artwork on the outside and inside by Brian Sweeney.

The title is very apt; various cities and countries are namechecked throughout the album, it was also recorded in Edinburgh, Mull and Iceland. Then there are Mark's friends who help - Rod Jones from Idlewild produces and plays guitar, his friends in Iceland reprise the beautiful duet Ballad of the Nearly Man in their native tongue to close the album and Brian Sweeney (a fellow Albion Rovers supporter) provides stunning artwork.

Opener Break Free is the oldest song on the album, written when Mark was in his teen's, it has a youthful edge to the lyrics but they could be sung by anyone of any age. The wistful and weary voice over the strummed acoustic guitar give the song a beautiful feel. The picked solo is exquisite.

I feel you near to me but a distant memory

Oh My Dear Friend picks up the pace, a jaunty country rocker with a great hammond flow throughout. At under 2-minutes long, Mark and co race through it. This is always a live highlight.

The title track is sublime, it has a glorious lazy loose feel to it. The playing is sublime, the jazzy saxophone is Van Morrison-esque, the vocals are perfect.

I'm hearing answers to questions that I never asked

Rodeo, as the title track might suggests, is west country blues, with Mark reminiscing about a girl he met once and can't find again. The chorus comes in at just after 33-seconds, the harmonies on the verses and the choruses are full of emotion and soul. There is honky tonk piano and a screaming sax. You'll be singing this chorus after one listen.

All the songs I'm playing are screaming for you 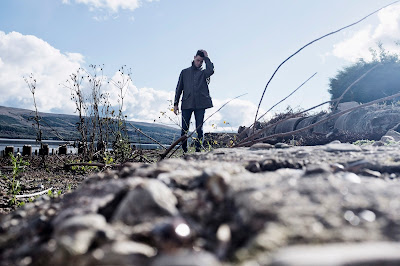 Nickel Or A Dime is another upbeat country rocker with free form violin throughout. The feel to the record is superb. Tight loose is how Mark refers to it - trusting the musicians on the album to bring their own magic to his songs, letting them play and go for it, they repay that trust ten-fold. This is another live gem.

Mark sold out his album launch show at the Hug and Pint for Celtic Connections last week and assembled a 7-piece band to bring his album to life. Oh how they brought Forever Lonely Forever Blue to life. The chemistry between Mark and his great friend Tino MacDonald dates back to their Velveteen Saints days and to see them duel and bang off each other on stage is a delight, I can almost sense it happening in the studio on this song. The pedal steer guitar is stunning and li


The Ballad Of The Nearly Man was the debut single that launched Mark's solo career. Slow and tender celtic soul, this is a gem. Katie McArthur duets with Mark and her vocals are pure gold. The video, by Brian Sweeney is beautiful. I'll never forget Sweeney firing into the label launch party last June with the finished cut and us playing it on to a curtain behind the stage as Mark and his band played.


Mark and co pick up the pace again on A Banjo Lament and Mark is still missing his girl. This is about a girl Mark in the Arlington Bar in Glasgow - love at first sight. She told Mark she was in all the time, so Mark went back the next day....and the next....and the next.....and he still goes! And he still talks about her! 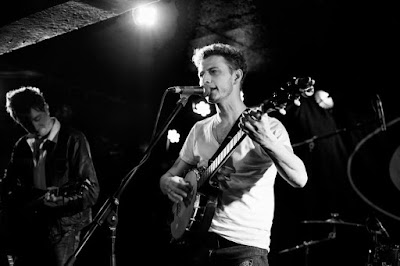 And then we get to the final 3 songs, a trio of beauties. Stay is unbelievable - Mark displays maturity beyond his years, in his lyrics, his delivery and his voice has a 70's era Rod Stewart feel to it - stunning. It is only January but this may already be my song of the year - check it out - the playing, singing and feel are pure soul.

You're Not Alone is Mark's best vocal, he stretches his voice out, the piano playing is sublime. The production and feel on the entire album is absolutely superb, but for the final 3 songs Mark, Rod Jones and team take it up to 110%.

The Ballad of the Nearly Man is reprised in Icelandic for the finale; sung by Mark's friends Arnari and Sigríður. My heart melted when I first heard this and it melts now - good god listen to that girls voice. I love the fact that they not only sing in a different language but switch the order of male and female on the Scottish version to be female and male on their own version. This floors me and I always have to play it again immediately.

There you have it - I can't recommend this album highly enough. It is the complete package and you can order the vinyl via the Last Night From Glasgow online store or check it on iTunes or Spotify tomorrow. 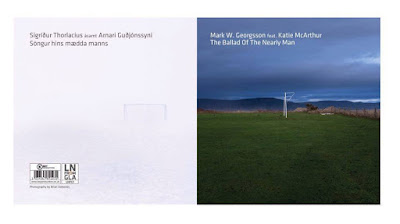